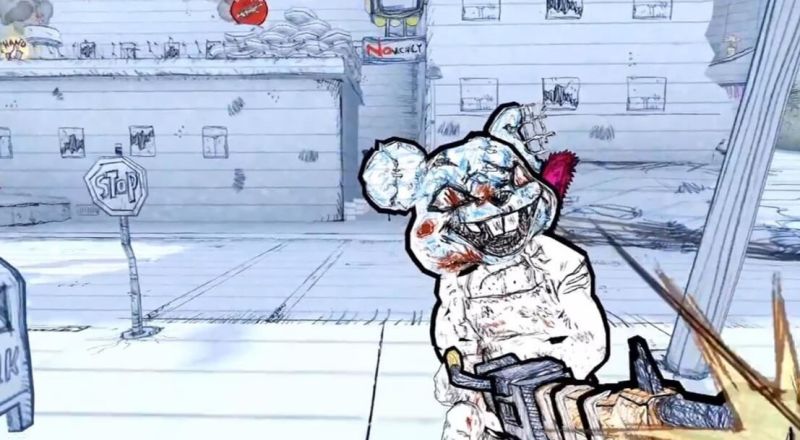 GB: It’s very deep, considering that in some ways it could be very superficial.

Jaffe: It’s deceptive. It’s not superficial at all. But I would forgive people if they thought it was, both thematically — if you look at it at face value, we’re just making dick jokes and fart jokes. It’s the video game version of a Kevin Smith movie. But to be fair, Kevin Smith movies are also sweet and have a lot of heart to them. With this game, if you do care enough to look into the fiction of the character who’s dealing with his family drama at home, his missing brother, this girl he really likes — it’s normal teenage struggles. That’s reflected in there as well.

Mechanically as well, there will be people who pick it up, play it day one, run around with a shotgun, and ask, “What’s the big fucking deal?” But there are hopefully going to be enough people who also get that it’s not superficial, who are able to get it through gameplay and realize, “Wow, this looks like it’s just picking up guns and shooting, but if you want to play this well and compete in the ranked mode and climb the tower” — we have this tower every season. Every time you go up a rank you get a floor in the tower. We’ll update the tower, but the first month it’s these weird Grimm’s fairy tales. Every time you work your way up, you get more of the kid’s take. You also earn these stickers.

If you really want to play at this level and compete and work your way up every month — this player account’s only up to floor 15 — the requirement for realizing that it’s not superficial, learning the pros and cons and the nuances of the weapons and the depth of the characters and how to use the hand moves when you need them — I’m hoping we’ll have a passionate group of fans that embrace the depth of the game. It’s a long way of answering the question. You could look at it as superficial. I don’t think that view will be rare when the game comes out. People will see it that way. My hope is that through conversations like this and letting people get their hands on it, there will be enough players that realize how special it is — or at any rate, we think it’s special and we hope they’ll agree with us. But who knows?

GB: As far as the attitude goes, where you do feel like it’s placed? It almost seems like a Duke Nukem meets something….

Jaffe: It would be Duke Nukem if it wasn’t self-aware. But that’s not really fair, because Duke is self-aware. We could get into a whole conversation about how self-aware Duke Nukem is, really. Duke Nukem was aware that it was a parody of that kind of character. I think it’s similar in that sense. It knows there’s a level of stupid humor.

The tricky balance is, we know it’s stupid humor, but we also think stupid humor is funny. We’re aware of it. We acknowledge it. We know there’s more sophisticated writing and humor out there in the world, certainly even in video games. We’re with you on that. We get it. But we also very proudly say, “We still fucking think it’s funny.” I still think fart jokes and dick jokes can be funny. When you ask where it fits tonally, I think it’s somewhere in that ether of—it doesn’t totally take itself seriously, it gets that this stuff is juvenile, but it embraces how juvenile it is, because I like juvenile. Sometimes I think we’re all a little too seriously.

GB: Do you think it’s deliberately rebellious in that way, rebelling against certain kinds of games, serious games? Even though there’s a serious game in it?

Jaffe: I’d say yes, but you can find parts of the level where this kid is just dealing with his parents’ divorce. He’s dealing with the struggles of a lot of kids. There’s a heart to it, an intent to express a genuine emotional aspect. But there is also a bit of — not conscious rebellion, but I certainly think — there’s a million reasons I work with Sony, other than the fact that they’ll have me, which I always appreciate. But a big one is that Christian and Shoe and everyone else, they’re always saying, “Make what moves you. Make what excites you.”

The stuff that comes through those games, when you’re allowed that directive — you must have felt it when you write. A lot of times you write something and you don’t know what it’s about until after you finish it. You think, “Oh my God, that’s what it is.” God of War was about working too much and avoiding your family. I didn’t realize that. I’m not joking. That’s what it was about. I got divorced after God of War because all I did was work on God of War. But at the end of the day, that’s what the game was about. 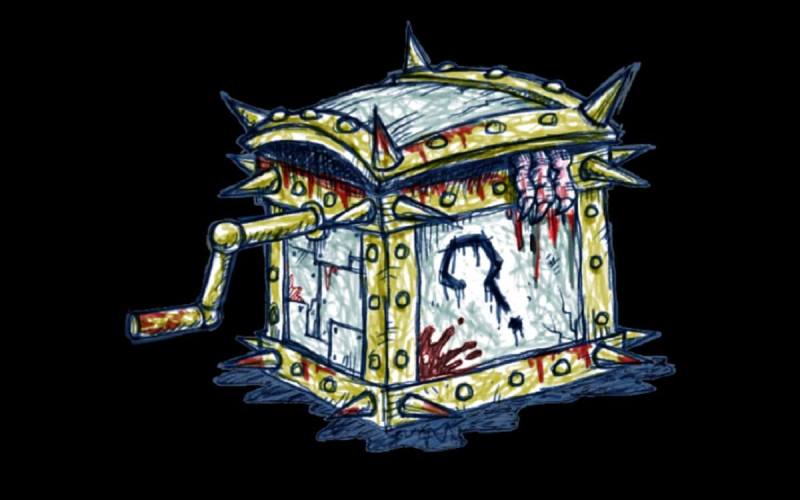 I don’t want to give you an answer that’s like, “No, fuck serious games!” There is a spirit and a heartbeat that I’m proud of, that I feel is genuine. I think I’m too close to it to be able to speak to it or articulate it yet. I think that people would be incorrect to think that it’s only a game about rebellion, but I think it’s correct to say that there is a sense of — there’s a bit too much seriousness in certain games, and a bit too much seriousness in writing about games. Sometimes it’s okay to just say, “Fuck it, let’s enjoy the fact that things can be fun.” They don’t have to try to be the Citizen Kane of our industry. 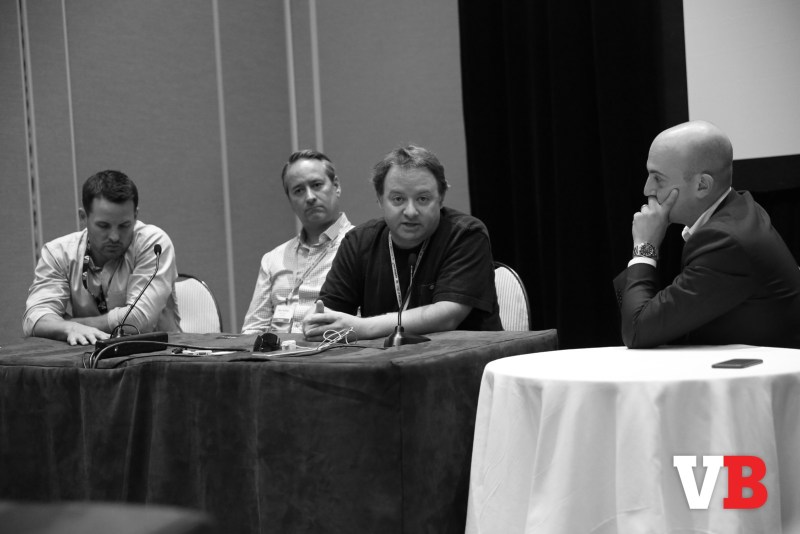 GB: Do you think your younger self would have made this game without that self-awareness?

Jaffe: Yeah, that’s called Twisted Metal. Sure, I think so.

GB: Does the kid feel like you in some way?

Jaffe: Absolutely. Again, I count myself lucky that I’ve been able to work on games that I love for 20 years. Every time I do one, I’m like, “Gosh, I hope enough people give a shit that they let us do another one.” For better or for worse — and I would say for better — my spirit is in this game. It doesn’t mean the rest of the team’s spirit isn’t, it very much is, but I can see the essence of what moves me and inspires me and excites me in this game. I’m grateful that we got to make it.

It’s like going on a date at that point. When you put yourself in your game as much as I think some of us have put ourselves in this game, and then you launch it, you’re like, fuck, I hope somebody likes me. That’s there as well. But I wouldn’t change it. I’m super proud of it and I hope it finds an audience.

GB: It’s a game where you want to pause and just look at all of these images. I can see doing that in the middle of the map. You just think, “Wow, that’s a neat drawing over there,” and you stand still for a while.

Jaffe: That’s why we have friendly mode. There are things happening, going back to the Hero Brian thing — there are actual animations happening in the background that tell the story of Johnny Savage, the punk character, and a number of other characters. Things that are totally written and happening in this game that I’m hoping people will find and put on YouTube. “Oh my God, I played this level for a month, and I had no idea about that character he’s with.” All that stuff pays off. All that stuff is written and reflected in the game.

Hopefully people will stop and look and read what’s in the sky, read what’s on the walls. It’s a weird game, because sometimes people look at it and say, “It’s so ugly.” But I think a lot of people, and certainly myself, look at it and see a beauty to it. I’m not trying to oversell that, but there’s a rawness of the imagination, I think, reflected in this game. Sometimes you just want to stop and look at it. There’s so much stuff happening, like in a kid’s imagination. There’s very little discipline. There’s very little technique. He’s just like, “This is the shit on my mind. Here, take it.” There’s bound to be some jewels in there.