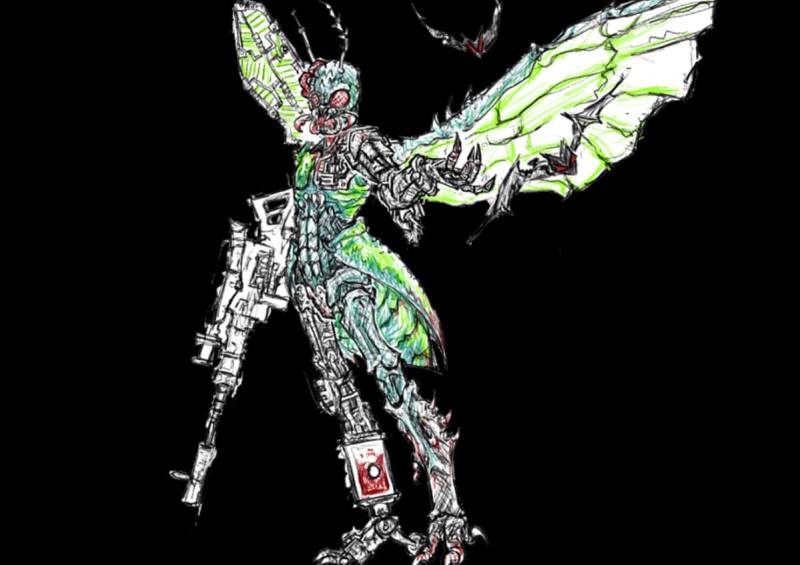 GB: Some of the story wouldn’t get told in your traditional way, like with a cutscene or whatever, but it can be revealed by what you notice in the game.

GB: It seems like a uniquely video game way to tell a story.

Jaffe: Which is why it drives me bananas when that — I have an opinion about everything, if you aren’t aware. Here’s the thing. It drives me bananas when so many games are lauded for basically taking cinematic technique and saying, “We’ll move you and be emotional with you,” and then they just show you a cutscene. This medium is unique. It can tell stories in its own way.

Do I think we come close to a great piece of storytelling, like something you’d see in Last of Us? Of course not. But do I think that in terms of just looking at techniques for getting story across — it’s interactive. You want to go into the world and discover the story for yourself. I don’t think you want to sit down and be told the story, at least in a game like this.

It’s there. How many people are going to find it all? I don’t know. It’s like Where’s Waldo? Where’s the story? It’s in there. If you care, you’ll find it. I don’t expect a lot of people at first; hopefully they’ll just get entranced and excited by the mechanics. That character you just heard, all that is written in bad English and then translated into Japanese. I have no idea what the Sony folks in Japan thought when they got it. We wrote her like a bad anime translation.

You start to read about his dad, seeing the things he’s doodled in the notebook. You start to read little notes that the girl — she’s drawn this bus. If you start to look, he got sent to the principal’s office and she’s kind of flirting with him by drawing in class herself. The guy you saw in the video that was kind of a dick — if you look up here, this is Fincher. He’s drawn in a mocking way. But it’s all gameplay. It’s all interactive.

So on the one hand, yes, we have a butthole in our game, because buttholes are funny. They’re funny! They’re fucking funny! Think about it. You have a hole in your body and poop comes out and it’s called a “butthole.” That’s a funny thing! But it’s also a level of his ability to express that he doesn’t like this guy. You can destroy the statue. I expect somebody to sit there and say, “Oh, that’s storytelling?” No, but if you play it enough and like it, I hope people will walk away thinking, “There’s a point of view here.” It’s everywhere.

You can see this character hanging off the paper in the distance. Little things like that. That will pay off eventually, if you care enough to explore what this stuff is about. 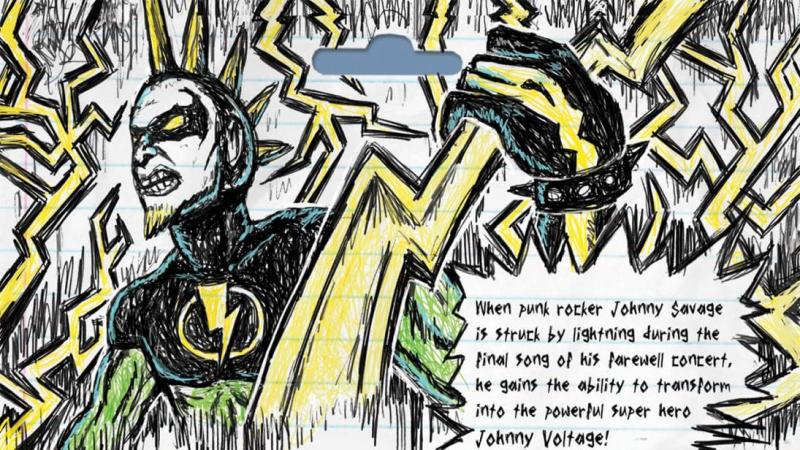 GB: Do you think people will notice this in gameplay, or will they have to stop playing to see it?

Jaffe: I think it’s a little bit of both. There will be people who want to come in and explore. We’ve given them the ability through this mode. I think there’s also people that, by the nature of shooting, will start to realize — it goes back to the whole Nintendo thing. There’s all these little bits and gags and stuff. Someone may notice, and someone may not. It depends how they notice. But it’s there. “I wonder what happens if I shoot that billboard. Oh shit, it’s changing. It’s changing again.” And then some people will see it on the internet. There’s lots of that stuff that we wanted in the game. Hopefully people will find it in their own time.

GB: You hinted at more stuff coming. What’s in the future for this game?

It’s very much like — I was thinking about this the other day. I have no idea why. For some reason, there’s an Entertainment Tonight clip from when I was a kid and they were launching the TV show Silver Spoons with Ricky Schroeder. He said, “I hope I get to grow up on this show.” That was the first time, in my brain — I must have been about 11 at the time — I realized that every time a show comes on the air, there’s no guarantee it’s going to be on the air in a month. Back then you’d at least get a season, but there’s no guarantee these days that it’ll be on the air two months later, let alone five years later.

We look at this very much like a service-based game. We have a lot of gameplay left, a lot of cool characters left, a lot of systems we want to share with players. It’s like a little virtual theme park. What are we doing for Christmas? What are we doing for the fourth of July? What do we do on your birthday? I’d love for this game to have enough of an audience that we’re able to ask ourselves and answer the question, “What does it look like if Drawn to Death got to be a service?” We’re set up to be that, but ultimately that comes down — we’ll know in two months whether we’re going to get a full season or not.