The $330 billion silicon chip industry is the foundation of everything electronic. But it’s slowing down as it reaches a new level of maturity, which is prompting a bunch of mergers and acquisitions.

That’s why Alex Lidow, an industry pioneer and the chief proponent of an alternative material to silicon — gallium nitride (GaN) — feels that his time has come. His company, Efficient Power Conversion (EPC), is unveiling a new generation of eGaN chips that are half the size of previous chips and have significantly higher performance.

“The bright light that we talked about two years ago, GaN, is now burning a whole lot brighter against a field of gray that is the semiconductor industry,” Lidow said in an interview with VentureBeat. 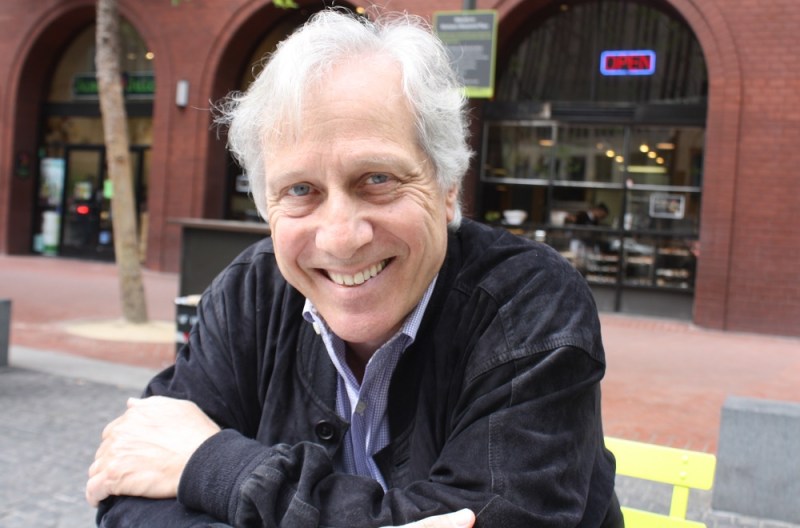 Lidow’s company is today introducing its enhancement mode eGaN transistors and integrated circuits that will be the heart of things like sensors for self-driving cars, components in wireless power tech that eliminates power cords, highly efficient data center chips, and new kinds of medical devices you can swallow that will diagnose your innards. Last year, EPC doubled its revenues, and Lidow believes the company will triple its revenues this year. 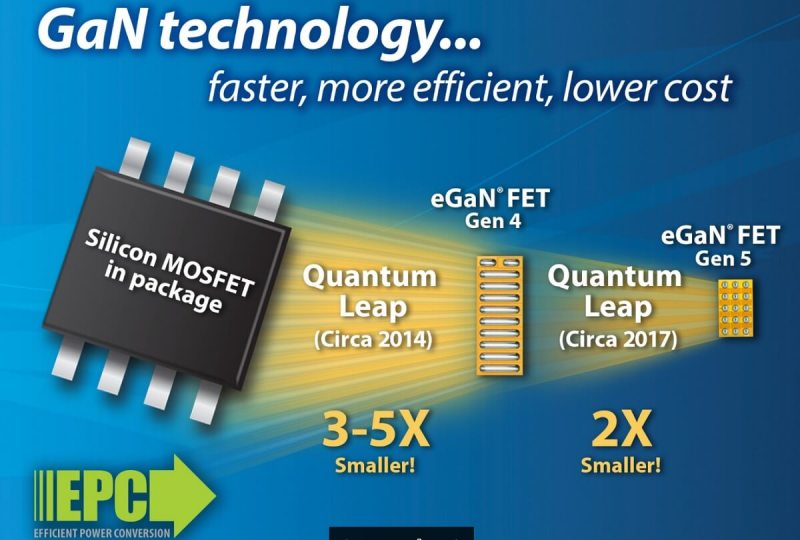 Above: GaN technology is advancing quickly in its quest to overtake silicon.

As we noted a couple of years ago, GaN chips have arrived at a time when Moore’s Law — the prediction by Intel chairman emeritus Gordon Moore that chips would double the number of transistors every two years — is slowing down. If GaN can stay on course, it could be a huge disruption for the industry and benefit consumers in a very big way.

Lidow changed the chip industry once before in the late 1970s with power MOSFET chips. Those chips resulted in a 15 percent decrease in the global cost of energy. Efficient home appliances, air conditioners, energy-efficient lighting, and high fuel economy cars all use MOSFET technology.

The new GaN chips (now in their fifth generation) are now about 15 times smaller than equivalently rated silicon MOSFET chips, which means they are much cheaper for the performance they deliver — three times the performance of the previous generation.

“That’s initiating a virtuous cycle,” Lidow said. “At half the size of the previous generation and three times the performance, the smaller we get, the better it is. The better it is, the more people want it, and the better it gets adopted.”

The products and development boards are available for immediate delivery at Digi-Key.

“When you have a big leap, new applications come out of the woodwork,” Lidow said.

One of the big ones is open compute dense servers, where companies like Facebook and Google put more and more servers in their data centers to deal with ever-increasing internet demand. EPC partner Texas Instruments is targeting a new series of products for big data center owners.

Another market is for Light Detection and Ranging (LiDAR) sensors, or remote systems that can sense the environment around them, akin to radar, by illuminating an area with a laser and analyzing the reflected light. These sensors are used in autonomous cars. Velodyne has announced a partnership with EPC to create low-cost $50 LiDAR systems. Just two years ago, the sensors were $75,000. 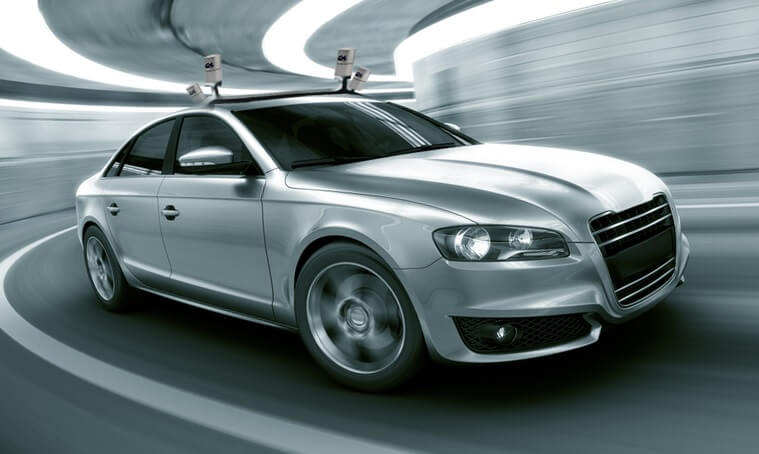 Above: LiDAR sensors atop a self-driving car.

And within a year, Lidow believes we’ll see new laptops that use GaN technology from EPC. Those laptops will no longer have power cords and will receive charging currents via the USB-C port. Nobody is going to miss those power cords, Lidow said.

Eden agreed that the future looks bright: “The 100-volt and 200-volt devices now offer even better performance and cost over the best, equivalent silicon MOSFETs. They should therefore accelerate adoption in a range of applications, such as AC-DC power suppliers and adapters, USB-C power transfer, server power supplies, 48-volt-load systems, LIDAR, and so on.”

Lidow added, “We’re in volume shipments now. I’ve been flabbergasted at the progress of autonomous cars. The volume market is envelope tracking for 4G base stations, followed closely behind by LiDAR. Behind that is autonomous cars, and then DC-to-DC converters for servers.”

Not bad for a company with just 42 employees. EPC has a partner in Taiwan that is making its chips.

“This generates a vitality for the industry, generating billions of new stuff that consumers need to buy,” Lidow said. “As sure as the sun comes up, GaN will displace the majority of the silicon in the $30 billion power management chips market.”