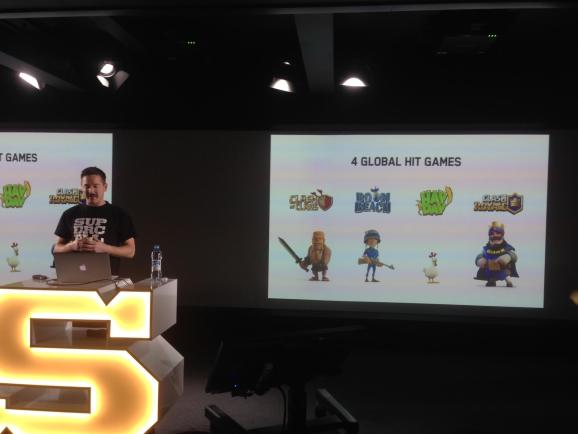 Supercell launched its merchandise store today that allows players to buy t-shirts and figurines of their favorite characters from the company’s hit video games.

Currently, orders will only ship to the U.S. and Canada. According to a statement on the site:

“In order to make sure we nail the store functionality and look and feel of the merchandise, we’re rolling out a BETA version of the store in the United States and Canada to start. We hope to expand to more countries as quickly as possible. Our goal is to make the Supercell Shop available around the world by late 2017!”

Finland’s Supercell has built its reputation on the backs of its four bestselling titles: Clash of Clans, Boom Beach, Hay Day, and Clash Royale. The company has been cautiously trying to find ways to expand beyond its core games in ways that enhance the player experience rather than maximize short-term profits and revenues.

During a visit to the Supercell headquarters last December, CEO Ilkka Paananen explained that those initiatives also include esports, an animated series, and investments in other video game startups.

“We are not doing this to diversify our revenue base,” he said. “This is our way to give back to our players. Everything we have achieved is thanks to our players.”

At the time, Paananen said items in the store would be high-quality but priced mostly to cover costs of making and shipping them.