It looks like the characters in Mass Effect: Andromeda can’t grow facial hair and have been watching fake-beard make-up tutorials on YouTube instead. 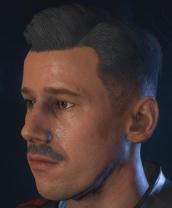 The facial hair in Mass Effect: Andromeda is awful, and I hate it. Electronic Arts and BioWare have had five years since the release of Mass Effect 3 on the Xbox 360, PlayStation 3, and PC to improve on the technology of Mass Effect: Andromeda, which debuts on Xbox One, PlayStation 4, and PC next week. And while the internet has already made a meme of the walking animation in the new sci-fi role-playing epic, it’s the mustaches and beards that have stuck out the most to me.

Andromeda’s character creator feature gives you eight options for facial hair if you include “none,” and all of them look like they are slopped onto your hero’s face by a first time makeup artist during a high school stage production of Grumpy Old Men. I don’t like that my escapist galaxy-exploring game forces me to deal the trials of having a beard that looks like a Chia Pet.

And I don’t understand the priority that BioWare has chosen for the facial-hair editor. Of the eight options, the first one is zero whiskers. That makes sense, but then the second option isn’t a goatee or a full beard, it’s a weird, shaped chinless thing that most people would only wear for a day as a goof when they’re planning to shave off everything.

And then the third option jumps straight to professional wrestler Jeff Hardy. I don’t know what it says about BioWare’s vision of the future that its beard progression goes 1.) none 2.) mustache 3.) chinless beard 4.) Jeff Hardy. I’m of the opinion that Jeff Hardy probably shouldn’t be on the progression at all. 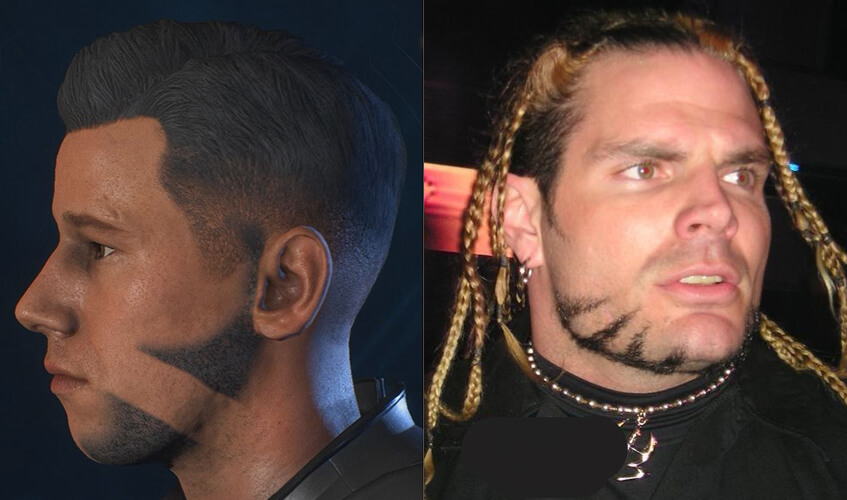 The full beard doesn’t show up until option No. 5 and the goatee is the final choice, and I’m kinda OK with that last one. Because I think there is something symbolically final about choosing a goatee.

But forgetting the order of the beards for a moment, they all look terrible. Look at how the beard connects — or completely fails to connect — with the hair for the beard option.

Above: Hey, Mass Effect? What is up with your sideburns disagreeing with your hair about where all the follicles should go?

What is going on here? Why is this so bad? Mass Effect: Andromeda uses the same graphics engine that Swedish developer Dice created for its Battlefield military shooters, and maybe they don’t have facial hair in Sweden? I don’t know. I’ve never been! But I can tell you that they shouldn’t have beards in space if they are going to look like this.