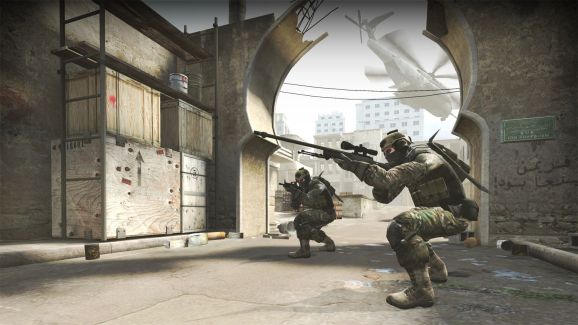 Counter-Strike: Global Offensive continues to grow in popularity thanks to its success as an esport.

A big esports organization has left Twitch for YouTube.

FaceIt announced today that it has made a deal with YouTube to make the platform the exclusive place to watch its Esports Championship Series, which features Counter-Strike: Global Offensive competition. This starts on March 25 with the ECS Promotion matches. You can watch those and future ECS events here. The shooter Counter-Strike: GO is one of the most popular titles in a competitive gaming market that will generate as much as $696 million in revenues this year, according to a market report from intelligence firm Newzoo.

”YouTube offers fans of the ECS an unmatched online viewing experience,” said Michele Attisani, chief business officer and co-founder of FaceIt, in a press release sent to GamesBeat. “YouTube is by far the most watched platform for gamers in the world and continues to innovate and lead on video technology, making it a great place for us to call our new home for the Esports Championship Series.”

FaceIt had broadcasted the ECS on Twitch, the gaming live-streaming site that has over 100 million users a month. YouTube has gotten into the streaming business itself, but many gamers still go to Twitch first for live video content.

“This is our most significant investment into esports to date and illustrates our continued commitment to growing esports with the hundreds of millions of gamers watching YouTube each day,” said Ryan Wyatt, global head of gaming content at YouTube, in a press release sent to GamesBeat. “The ECS revenue sharing and co-ownership structure reinforces our belief that all players should have a voice. We know the CS:GO community is already watching clips, highlights, and rebroadcasts on YouTube, so we are excited to be able to bring them all this same action live.”