IBM and PlayFab are teaming up to deliver better insights about gamers based on analysis from IBM’s Watson artificial intelligence platform.

Seattle-based PlayFab provides backend services for connected games on mobile devices and PCs. It provides things game developers need to run their games — like player data storage, player relationship management, tournaments, in-game commerce, and leaderboards. IBM will take that data, crunch it, and come up with insights that help developers run their games better. It’s a new way for IBM to participate in what market researcher Newzoo says is a $91 billion market.

PlayFab, founded in 2014, already has more than 600 live games, with 45 million monthly players and 2.9 billion game sessions. Atari’s Rollercoaster Tycoon Touch launched on Android last week using PlayFab’s platform. About another 1,000 titles are in development on PlayFab’s platform, which runs on top of Amazon Web Services. IBM is making the announcement on stage at its Interconnect event in Las Vegas.

“We are starting to see much more traction than even six months ago,” said James Gwertzman, CEO of PlayFab, in an interview with GamesBeat. “It’s a backend solution they don’t have to write themselves.”

But the business is shifting, and PlayFab is being used not just for the backend service but for other tasks as well. 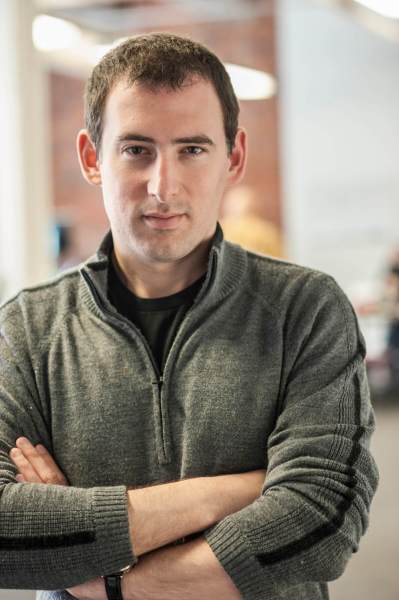 Above: James Gwertzman, CEO of PlayFab.

“The biggest shift in how I think about PlayFab in the past year is that we were a backend technology,” Gwertzman said. “We still have that, but we have shifted to live operations, providing tools and services for operating games after the launch.”

That’s where IBM’s Watson, best known as the supercomputer AI that beat the world’s best human Jeopardy player in 2011, comes in through a joint marketing agreement. PlayFab will provide game data to IBM’s Watson Data Platform on the IBM Cloud. Watson will analyze the data and send insights back to PlayFab to provide to its customers. That will unlock new insights and value for game developers. It will, for instance, come up with suggestions for how to keep players more engaged in real time.

“A lot of live ops teams have had to make due with whatever they could hack together,” Gwertzman said. “Live ops is becoming a creative part of the game process. At PlayFab, we are not advanced data scientists ourselves. Watson can do pretty hardcore data science.”

The Watson Data Platform provides game developers with the necessary tools to perform deep, collaborative analytics, including machine learning, across massive data sets. With Watson Machine Learning, game developers can analyze more data about their players and deploy those learnings directly into their games via PlayFab’s platform.

Atari is one of the first publishers to leverage this new partnership between IBM and PlayFab.

“Understanding what players experience and being able to react quickly has become crucial to success in operating a modern game,” said Sylvain Constantin, executive producer for Roller Coaster Tycoon Touch, in a statement. “This is why we are so excited to now be collaborating with IBM, through their relationship with PlayFab. The Watson Data Platform takes us to a whole new level of power and capabilities.”

Additionally, the Watson Data Platform provides PlayFab developers the ability to accelerate and simplify data ingestion — up to 43 terabytes per hour — then collaborate around the data with a wide range of analytics tools including a variety of machine learning libraries. The Watson Data Platform brings together content, data, models, and open source resources from IBM and others — including H2O, RStudio, and Jupyter Notebooks on Apache Spark — in a single, secure managed environment.

“As the mobile gaming industry has really [taken] off in recent years, there is a tremendous amount of data that needs analysis,” said Derek Schoettle, general manager of the Watson Data Platform, in a statement. “IBM Watson Data Platform applies the built-for-data architecture of IBM Cloud and the power of cognitive technology to help game developers unlock insights from their data faster and deploy it quicker to provide new experiences and stickier engagement.”

PlayFab has 14 employees and is funded by Benchmark, Madrona Venture Group, and marquee angel investors.