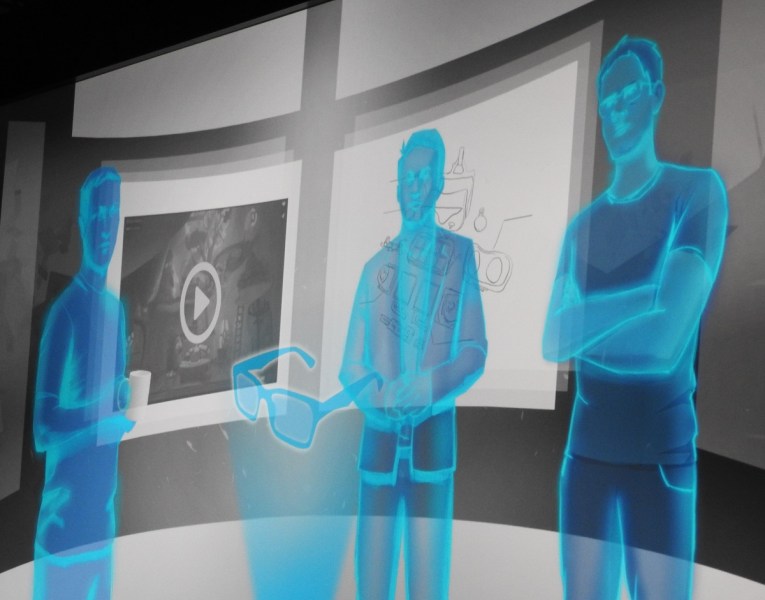 Above: Virtual avatars in VR.

Dazin: It’s almost like security. In games that have good security, that security is architected in from the beginning. Ads are the same way. Slapping ads on top of a game will make you some money, but nothing performs as well as ads that are native to the core game experience. Kim Kardashian makes a lot of money off video ads because it’s directly tied into the app’s currency system. That was an intentional choice. Things like that are important — designing around the ads being part of the experience. In VR that’ll be even more important, because slapping something in that’s totally irrelevant or taking over the screen with 360 video is shattering to an experience where you’re immersed in the world around you.

Rodriguez: You referred to ads being engaging and interesting. Could you elaborate on that?

Shah: We’re experimenting with three different ideas from a UX standpoint. One is very YouTube-like, a pre-roll. You get that prior to whatever experience. A lot of that is non-gaming apps — photo-sharing or utility-type apps or video apps. Before you see the video you’re looking for you see a short ad and you can skip it. That’s one option. The second is a kind of mid-roll, and this is to your point — it’s integrated somewhere in a logical place within the experience. The third is rewarded. You watch an ad to get something, whether it’s more currency or something else.

The interesting part is we’re really not seeing any difference in utility between those three. It’s slight. With rewarded we see a bit of a higher view-through rate, but we’re talking about the difference between 70 percent view-through and 80 percent. People seem to enjoy the ads, given that they have an exit. That’s how the placements are going. How we’re thinking about it currently within the mobile 360 and VR ecosystem is very similar to how we’re thinking about it in pure mobile.

Takahashi: The way you describe that, it almost sounds like the ads you can do in VR are almost the same as what you’d do on a mobile phone.

Shah: They are. What works is native, within the experience, but at logical times within the experience. The difference, in our case — and it might be different in your case — the only discernible difference I can tell, which is driving better economics for these kinds of ads — I don’t know how many people here are mobile developers, or who have done mobile development. The highest performing pure mobile ad right now is playables, interactive and playables. Everyone’s coming out with them.

The reason for that is because it’s novel, and because it gives users choice. They’re interactive in some way. That’s the difference here. This is what an interactive playable can be in VR. You just have a larger field of view. They’re interesting. The user can choose what to engage with, choose to exit, choose to look behind themselves and see what’s going on over there. That drives better economics. But other than that, it’s very similar in how we think about UX.

Takahashi: Why can’t we have different kinds of ads for VR, though? Invent something that’s more engaging than watching a video.

Shah: We do have a different ad. It’s not just watching a video, right? You’re actually in a full environment. We can put characters in there. You can interact with those characters. What I hesitate to overpromise is that somehow ads will be integrated into VR experiences. We’ve joked about it internally. You’re in a game with the Coca-Cola polar bear and he gives you a toast with a bottle of Coke. Or you could do that with beer if it were 21 and over.

You can do those things. It’s just that the cost for developers to integrate that tightly — we used to do that on Facebook. We actually tried this whole thing with the Milk Advisory Board, sticking a flipping cow in FarmVille. They paid us some huge amount of money. But it took us a good three months to get it in the Zynga development pipeline and get it to behave according to the brand guidelines. At the end of it you think, “What the hell did we just do? We could have run five billion app-download ads.” I know people don’t like to hear that, but that’s what drives economics for developers. 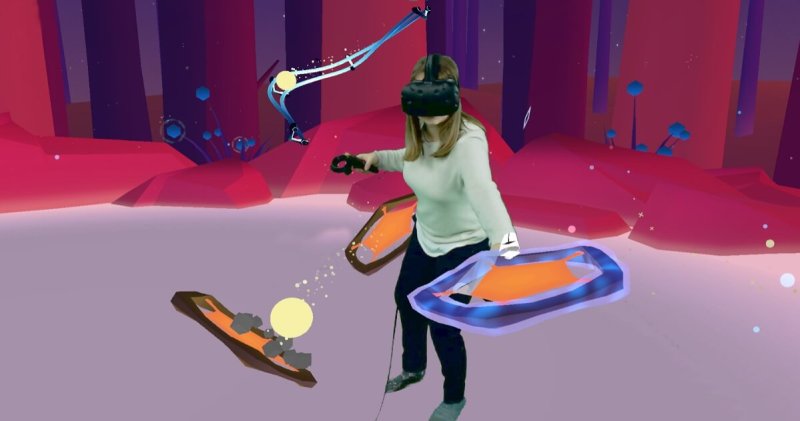 Above: MixCast VR lets you create from within VR.

Takahashi: Customized ads are not really a great business, then?

Shah: I’m sure there are people out there who can make great businesses out of customizable ads. I think it’s an agency model. I don’t think you generate a lot of enterprise value.

Dazin: Actually, I disagree with that. I think that as we get into more of these 3D environments with AR and VR, the same way that we have 2D press kits for companies, 3D content is going to be equally important. We’re going to have brands where, sure, the up-front cost to make the Coca-Cola bear may be pretty high, to do the art outsourcing and make sure everything works correctly, but once you have it you can re-use it. For us, that’s something we look at directly. Seeing as how large amounts of VR developers use Unity, we have a very consistent way of being able to deliver interactive content directly into people’s scenes that can take people to a whole different VR scene. Sure, that’s a high up-front cost for the brand, but it has eternal value to the space.

Rodriguez: I’m very curious about hybrid VR experiences. There are folks now developing 360 video on one hand, Unity lobbies on the other hand, and merging them together. It feels like there’s an opportunity for game-style content to find its way into what is now still just video. Do you see that as a business opportunity, for games to be a part of the ad model for video VR?

Takahashi: Epic had a very customized technology announced yesterday. They’re racing around in a generic vehicle with QR codes all over it. They were on the fly, in real time, reskinning the vehicle to make it a Camaro or whatever else. As the director is viewing this, they could see what that car looked like through a viewfinder in the racing environment and make changes on the fly. “I don’t like that color. I’ll make it blue.” This is something that used to take months of preproduction work to get done. It makes that more efficient. It’s a cool blending of artificial reality with reality.

Rodriguez: My question, really, is whether there’s an opportunity in merging what is now the video VR world and the gaming VR world? Which are still fundamentally being treated as two separate things, but they’re emerging at the same time. You have this hardware that people will use for both. In many ways gaming is seen as the real promise of current VR, but will those come together?

Dazin: Right now, the skillset to make cinematic VR is a little bit different from making games. It’s so early. People are going deeply down these different paths and it’s hard to reconcile, because they’re different interaction models. It’s definitely a challenge. But it may be interesting. You had things like the Bjork record.

Rodriguez: Right. Bjork made an entire VR album where the lobby was built in Unity, but you could visit 360 videos from there. It was the combination of the two models. While video has been seen as a different version of VR, that was a place where they came together. 360 VR is a very different experience from navigable, rendered VR. Merging the two is an interesting space.