The British Academy of Film and Television Arts (BAFTA) made a historic move this week: It nominated Navid Negahban for his acting performance in the video game 1979 Revolution: Black Friday. It makes the first time a Middle Eastern and Muslim actor has been nominated for the prestigious award.

Brooklyn, N.Y.-based Ink Stories studio developed and published the PC and mobile narrative game about the Iranian Revolution in April 2016. It earned a number of kudos for director Navid Khonsari, who is also of Iranian descent. The BAFTA awards are the United Kingdom’s equivalent of the Oscars in the U.S.

In a statement, Ink Stories said the nomination was a triumph for diverse voices and perspectives in the entertainment and game industries. 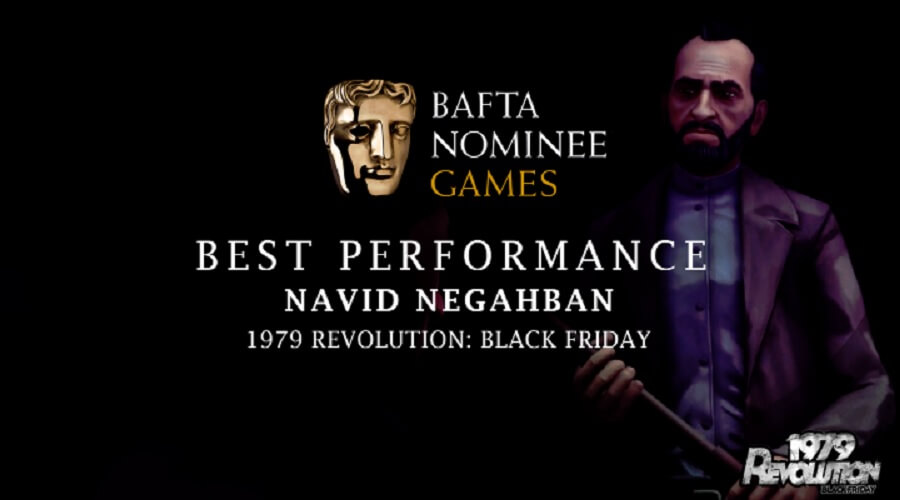 Above: BAFTA has nominated Navid Negahban for best performer.

“This momentous acknowledgement comes at a particularly sensitive time, when current U.S. politics aim at limiting immigration from six primarily Muslim countries, including Iran,” the company said. “The entire cast of 1979 Revolution, and several on the Ink Stories development team consist of immigrants, refugees, green card holders, and naturalized U.S. citizens from Iran.”

Khonsari was a former Rockstar Games developer who worked on the Grand Theft Auto games. He also went to work on documentaries. I caught up with Khonsari at the recent DICE Awards in Las Vegas in February, where his game was nominated for an award.

“I’m a hardcore believer that gaming is the most powerful medium that we have because it allows you to be in the shoes of another person,” Khonsari said. “You can really understand what goes on the world. A lot of people preach that things are black and white. Our focus is to get you into an experience that entertains you but also shows you that things are gray.”

Khonsari noted that he can’t attend an upcoming game conference in Tehran. 1979 Revolution: Black Friday has been banned in Iran, and Khonsari was branded as a spy.

In a statement, Khonsari said, “This BAFTA nomination is deeply special in a million ways but mostly because it’s a celebration of Navid Negahban’s work with us. Beyond his performance, Navid Negahban courageously battled his own ghosts in shooting 1979 Revolution, recalling his own first hand experience as a young teenager on the streets of Tehran, reliving the horrors, euphoria, social unraveling and hardships that he encountered during the revolution. Navid Negahban breathed life into Hajj and 1979 Revolution: Black Friday.”