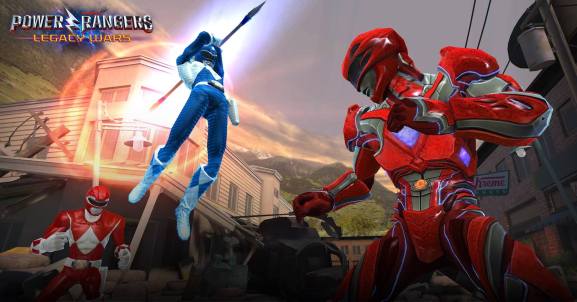 A few of the original Rangers try to take on one of the new guys.

We finally have a game that can help us settle a 20-year-old debate: Who was the better fighter, the original Red Ranger (aka Jason Lee Scott) or the Green Ranger (Tommy Oliver)? My money’s on Jason.

Developer nWay is making this dream match-up come true with Power Rangers: Legacy Wars, a real-time multiplayer fighting game coming to iOS and Android devices on March 23. While Legacy Wars is a tie-in game for Lionsgate’s Power Rangers reboot film, it also includes heroes and villains from the franchise’s 24-year history on TV.

That means old fans like me can pit a crew of Rangers from the ‘90s Mighty Morphin era against the 2017 movie incarnations or the 2015 cast from Power Rangers Dino Charge.

“[Lionsgate and franchise owner Saban Brands] have really taken a big bet on us to create something unique,” said nWay chief executive Taehoon Kim to GamesBeat. “The big reason is — if you look at the mobile industry right now, everything is all clones, right? … Something like [Legacy Wars] is a new experience, a new type of fun. That, combined with the Power Rangers brand, could work wonders.”

Legacy Wars differentiates itself from other mobile fighting games with its card-based combat system. During battle, you select your fighting moves — like a block, punch, or special attack — by tapping one of the three cards in your hand (you still move left or right by swiping the screen). Once you use the card, another one from your deck takes its place, adding an element of randomness to your fights. 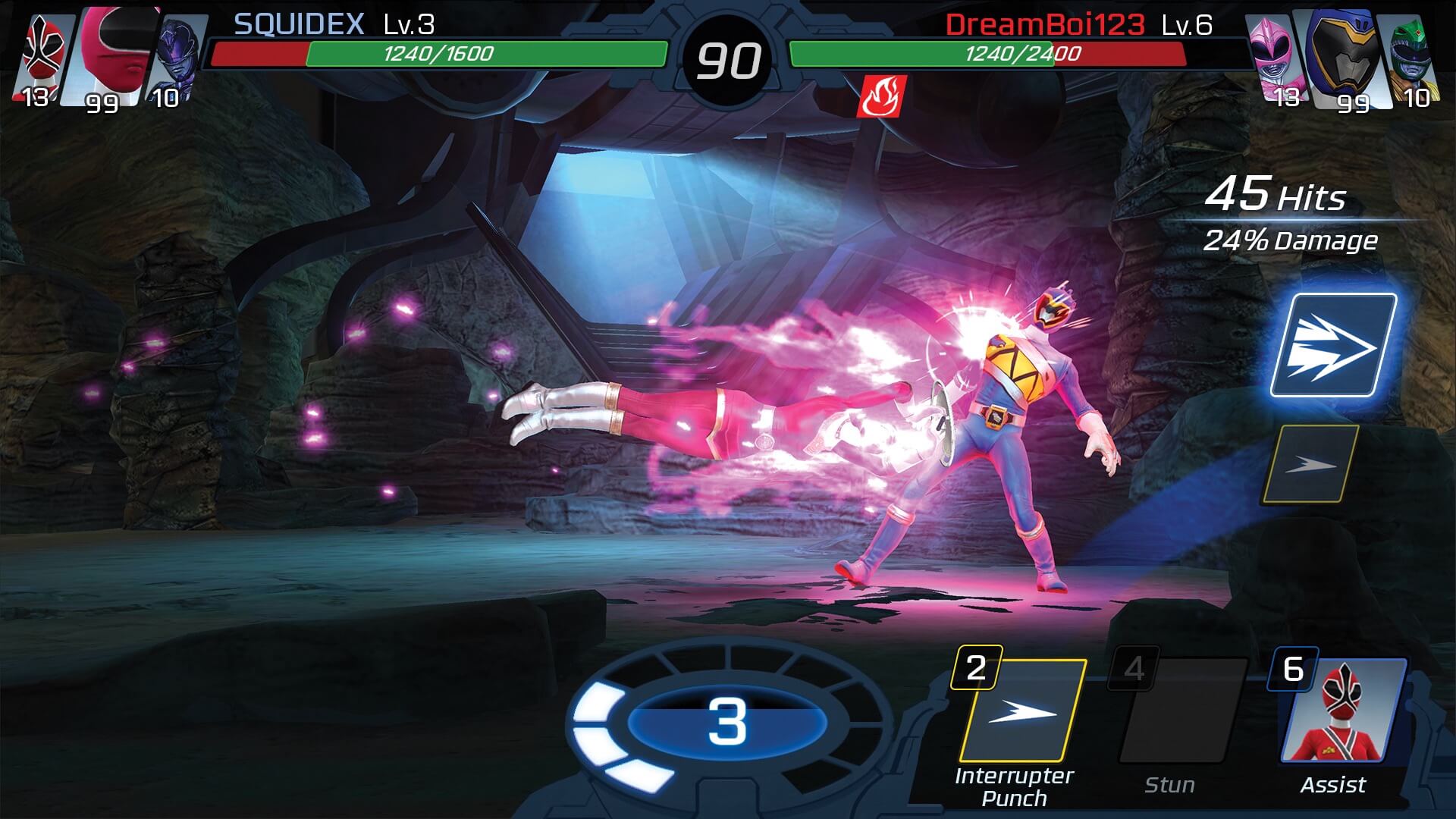 Above: The cards at the bottom determine what actions you can take.

Power Rangers: Legacy Wars is only the second game to come from the San Francisco-based nWay, a studio made up of veterans from companies like Realtime Worlds, Kabam, and Electronic Arts. Its first project, ChronoBlade, was an attempt to make an action role-playing game for phones and tablets. It also had a competitive multiplayer mode. However, nWay soon found out that the game was too complex to sustain a large audience.

“We tried [making a regular fighting game] and it didn’t work well,” Kim explained. “The pool of players just became more and more hardcore because it was so twitch-based. … Some people just don’t have that reflex. And those people were leaving. We were left with super hardcore [players].”

With ChronoBlade, nWay built its own low-latency matchmaking technology, which allowed players to fight each other in real time. But while the game didn’t work out the way the developers wanted it to, it did play a big part in attracting Lionsgate executives.

“Lionsgate saw ChronoBlade and they thought [nWay] would be a really good fit. Actually, they thought the multiplayer technology was something that would work really well with the Power Rangers,” said Kim. “And then they showed us that they were making a movie and that we could license content from the movie and the TV series.

“When we saw the amount of characters that they have, that’s when we got really excited about marrying the IP [intellectual property] with [our tech]. We thought it was the perfect mix.”

Inspired by the success of accessible multiplayer games like Clash Royale, the developers wanted to make a 1-on-1 fighting game that anyone could play. As a result, Legacy Wars is a much more relaxing experience compared to ChronoBlade. Kim said you can even play it with one hand if you wanted to. 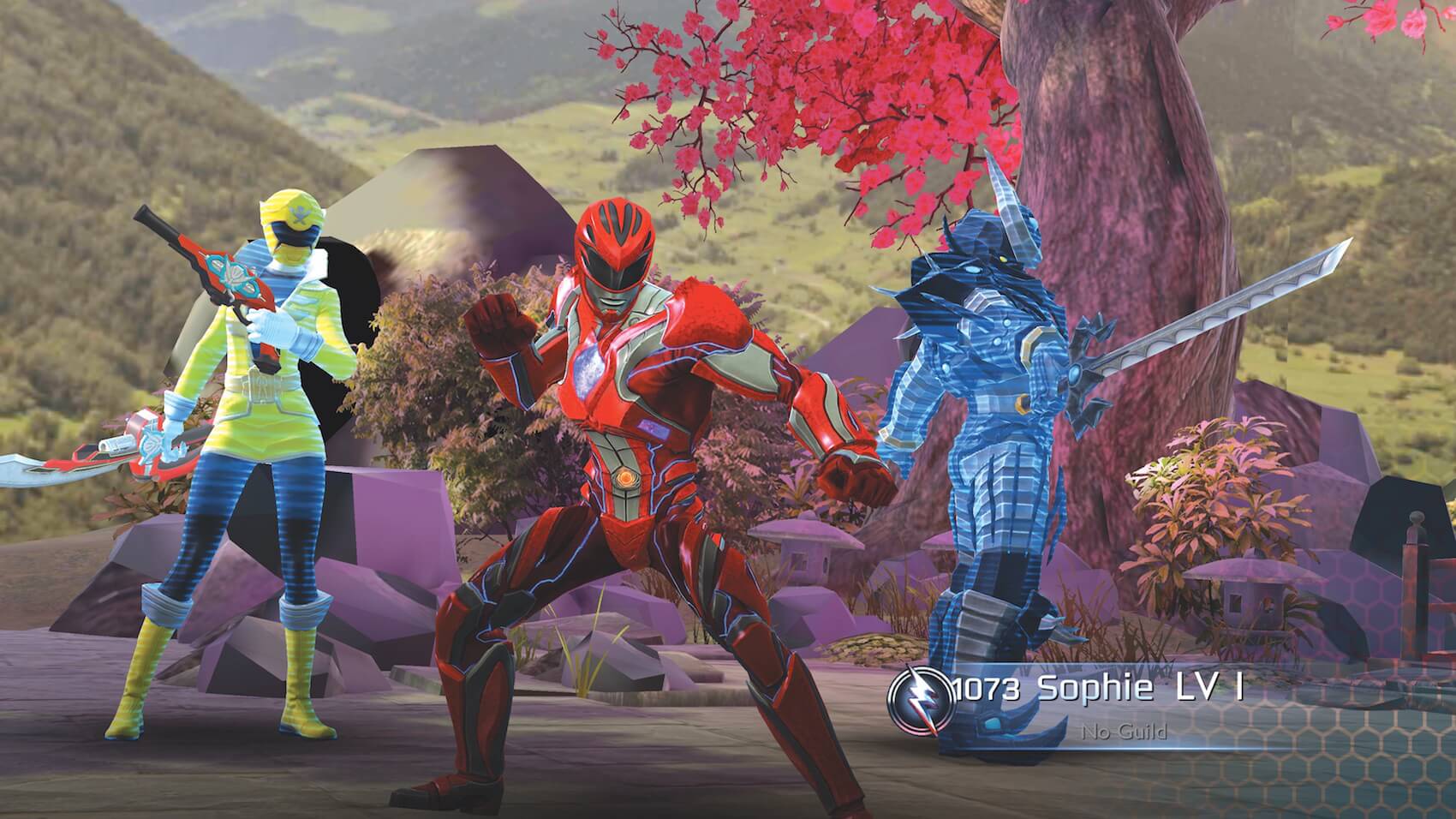 Above: You can select up to three characters for a battle.

Pulling from 20-plus years of history

When it comes to the films, Lionsgate views Power Rangers as its next big franchise: Last May, CEO Jon Feltheimer revealed that they might make up to seven films in all. That’s not too far-fetched considering the company’s previous blockbusters, such as The Twilight Saga (a total of five movies) and The Hunger Games (four movies).

That bodes well for Legacy Wars’s future. More films would mean more content for the game. But even if the new flick doesn’t take off at the box office, nWay won’t have to worry about running out of characters any time soon.

Hundreds of heroes and villains have come and gone over the years on the Power Rangers TV show. During development of the game, Saban gave nWay a list of fan-favorite characters to pull from for future updates, and that alone has more than 100 names. Legacy Wars will have 50 characters at launch.

Surprisingly, no two Rangers or villains will play the same — every fighter will have their own unique moves and animations. Kim said Saban (and the hardcore fans who’d spot any discrepancies in the Rangers’ weapons and fighting styles) wouldn’t have it any other way.

“Saban admits that not all of the Power Rangers games that have come out so far are very good. But they’re really proud of this,” said Kim. “They’re like, ‘Finally, a really good triple-A looking Power Rangers game!’ And we’re getting support from the highest levels at the company.” 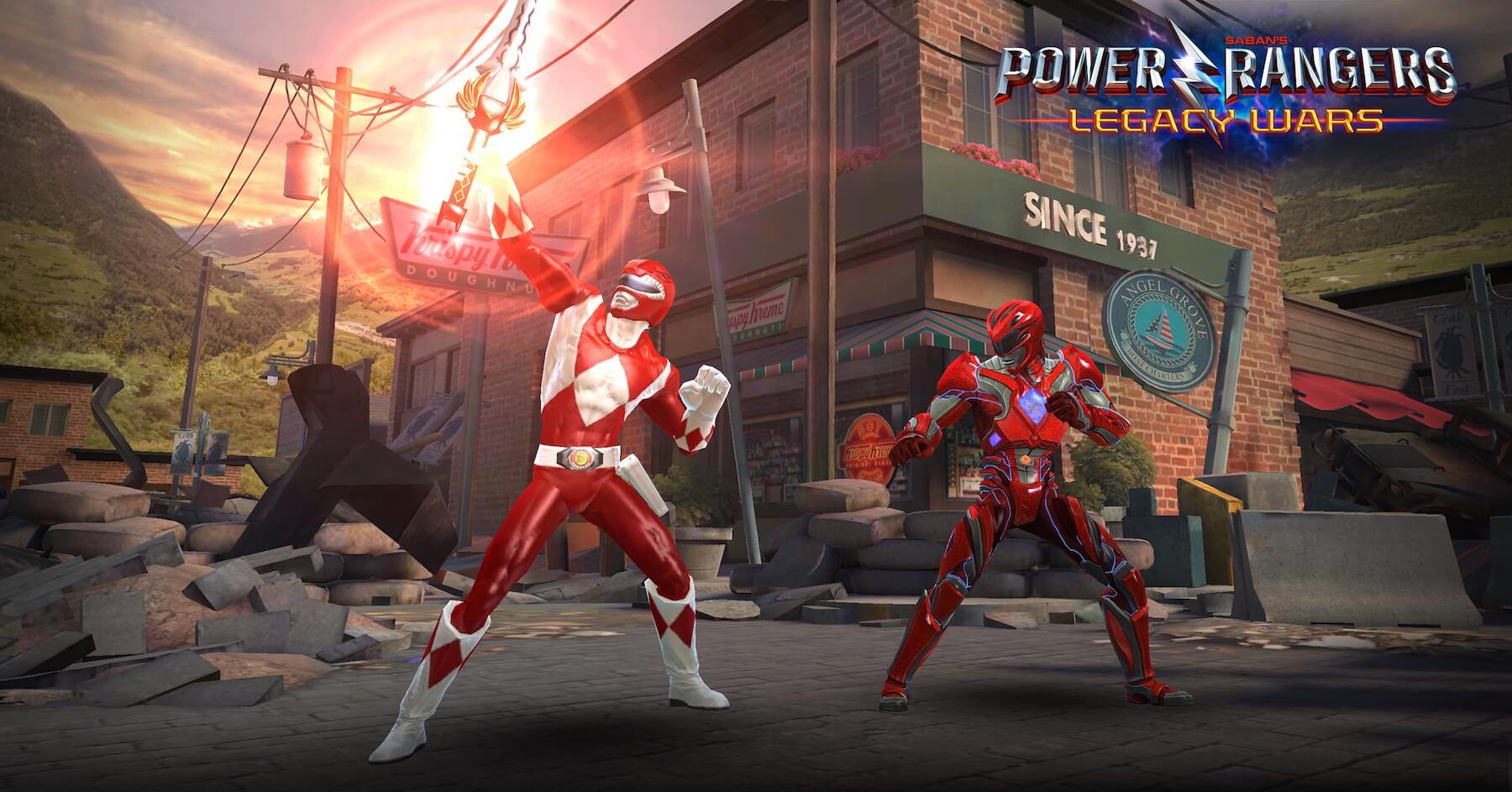 However, one of the iconic elements from the show that Legacy Wars won’t have right away are Zords and Megazords, the wide array of robotic vehicles that the Rangers use to defeat skyscraper-sized monsters. But Kim said they’ll be coming in a later update, and that they’ll fight alongside the Rangers during battle.

With a plethora of Rangers, Zords, and bad guys to choose from, nWay plans to keep Legacy Wars fresh for years to come.

“Games like this, as you can see from [Clash Royale studio] SuperCell’s games, last for years,” Kim said. “If you continuously pump content into it, it’ll last for a very long time.”