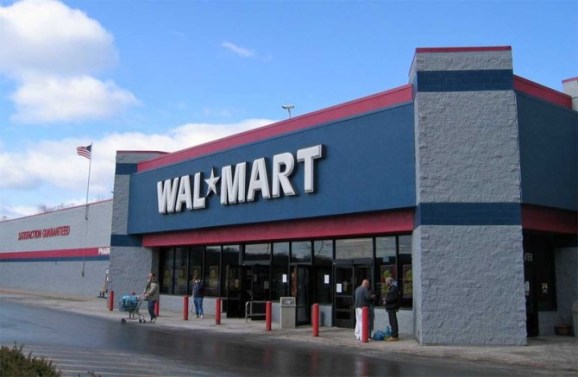 Walmart wants to drastically speed up its development of retail tech.

To do that, the discount retailer announced on Monday it was launching Store No 8, an innovation cluster whose entrepreneurs will be free from the diktats of its Bentonville, Arkansas headquarters and Wall Street’s short attention span, to develop the retail tech Walmart needs in order to modernize over the next five to ten years. And, more crucially, the tech is aimed at helping it fight back against rivals like Amazon.com.

Store No 8 will be located in Silicon Valley and will house startups wholly owned by Walmart but run independently. It’s the latest manifestation of the new, dynamic culture Walmart is looking to instill into its e-commerce strategy under the leadership of Marc Lore, whose Jet.com online store Walmart bought last year for $3 billion.

“There’s not a focus just on today, they can actually think bigger,” Lore said at the Shoptalk conference in Las Vegas. “It’s ring-fenced from the organization so they can just run fast.”

Walmart has been on something of a hot e-commerce streak lately: the expansion of its marketplaces has re-ignited online growth — digital sales rose almost 30% during the holidays. And in the last two months alone, Walmart has bought three online retailers — ModCloth, ShoeBuy and Moosejaw — to diversify its online offering.

But Walmart is also trying to get ahead of whether retail and e-commerce are going. CEO Doug McMillon is hoping to harness Jet.com’s ethos to help its gigantic parent company renew itself and said he intends not to “hug Jet.com too tightly” and let it be a startup, as he put it at an investor conference last week.

Indeed, the raison d’être of Store No 8 will be to incubate, invest in, and work with other startups, venture capitalists and academics to develop its own proprietary robotics, virtual & augmented reality, machine learning and artificial intelligence technology. As Walmart puts it, these startups will be sheltered from Walmart itself so they can grow and try things out without the pressure of being part of the world’s largest retailer.

Target is also looking to instill a startup culture for the next generation of retail tech. The Minneapolis-based company has partnered with Techstars, an incubator.

At the same time, in a sign that sometimes retailers need a quicker payoff from the tech they invest in, Target last month abruptly scrapped its “Store of the Future” — a prototype for a small-format Target store it was building featuring robots, because, as Target CEO Brian Cornell explained at Shoptalk, he wanted to make sure” all of our innovation dollars are providing benefits in the near term.” Target is trying to shake a losing streak of sales declines in the last three quarters.

Store No 8 harkens back to a store opened up by Wal-Mart Stores founder, the late Sam Walton, as an experimental store to let bolder retail ideas get a try.

“Sometimes you invest in these big transformative ideas that maybe aren’t ready for prime time today,” said Seth Beal, a four-year Walmart executive leading the Store No 8 initiative with Katie Finnegan, a head of strategy at Jet.com.

“How do we make a safe place for entrepreneurs to go innovate around these ideas?” Beal added. But Finnegan said she and Beal, along with Walmart executives occasionally, would regularly check in with them to make sure they don’t geek out too much and invent things with practical applications rather than pie-in-the-sky.