A startup called Floyd has developed a cloud service for deep learning, a trendy type of artificial intelligence that entails training artificial neural networks on data and then getting them to make inferences about new data. Yesterday Floyd’s founders talked about their product onstage at Silicon Valley accelerator Y Combinator’s demo day.

Floyd is seeking to build out a marketplace rich with data sets and algorithms. But at its core, it’s a managed service for training neural networks and then running machine-learned models on an ongoing basis. In that sense, it competes with existing machine learning services from public clouds like Microsoft Azure, Google Cloud Platform, and of course the market-leading Amazon Web Services (AWS), on which Floyd is itself hosted.

So the question rolling around in my head after Floyd’s pitch is why a company would choose a startup’s service when it could instead ride with one of the big clouds.

For one thing, Floyd offers version control, cofounder and CEO Sai Prashanth Soundararaj told VentureBeat in an interview. That is something Google and Microsoft are working on — but those companies maintain many other managed services alongside their basic pay-as-you-go computing and storage resources. Floyd is narrowly focused. The same can be said of startups like CircleCI and Codeship, which offer continuous-delivery (CD) services even as AWS does.

One way Floyd’s focus manifests itself is the support for several deep learning frameworks — around 10 so far, including the Google-backed TensorFlow and the less popular Chainer, cofounder Naren Thiagarajan said.

“There’s a huge gap between cloning a project from GitHub and actually making a product out of it,” Soundararaj said. 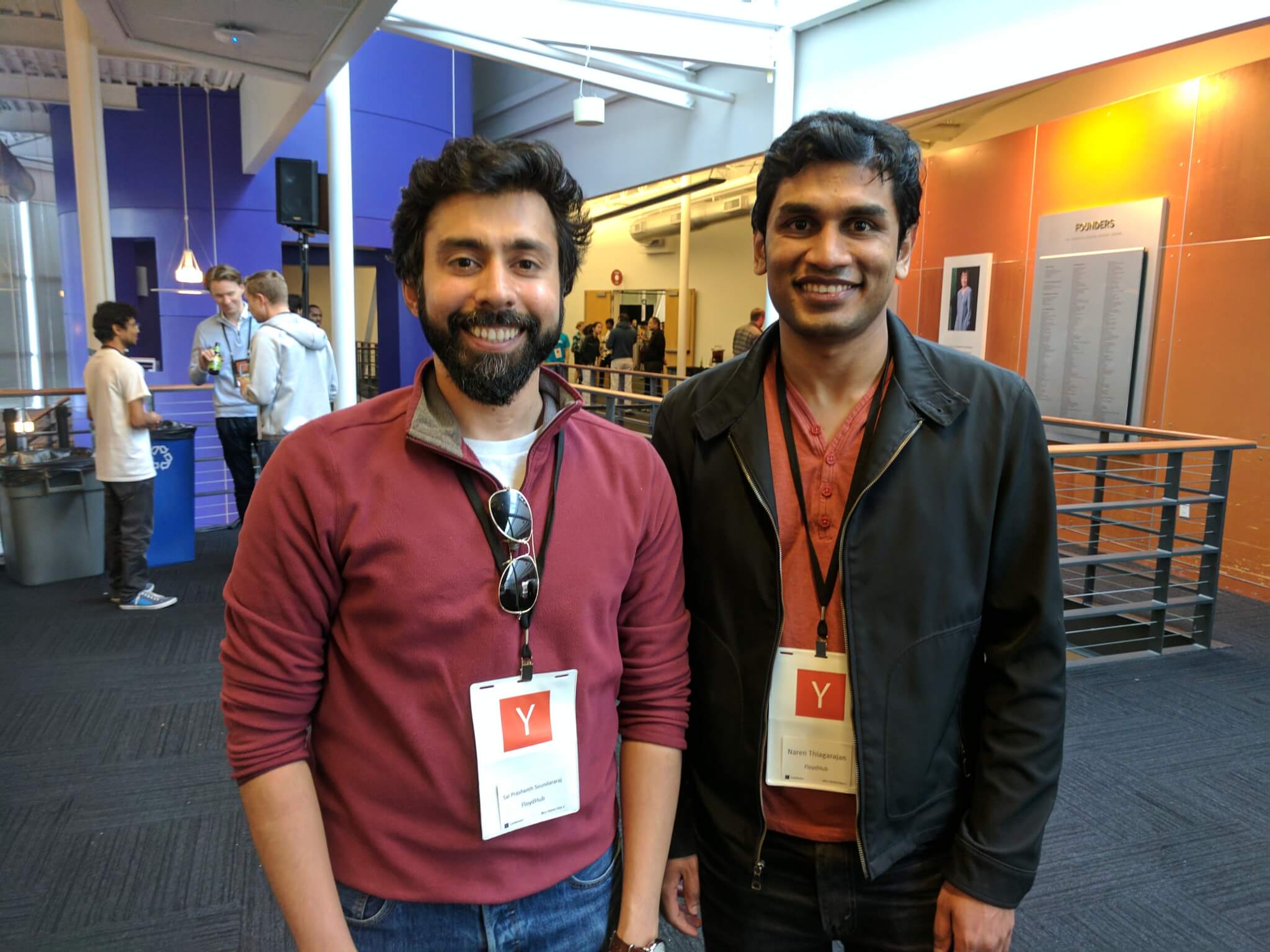 Also, they’ve been very willing to add features. So long as three people request something, they’ll typically add it, Soundararaj said. For example, they recently added a way to delete content from Floyd.

And it helps that these aren’t just two random developers hoping to cash in on the deep learning craze. Before starting Floyd, Soundararaj was senior applied scientist at Microsoft, where he most recently worked on deep learning research. Before that he studied under deep learning luminary Andrew Ng at Stanford University.

Still, they are certainly attempting to make a splash. At demo day they labeled Floyd as “Heroku for deep learning” — a reference to how Heroku, using AWS servers, provided easy-to-use infrastructure for developers to build and run apps on top of. Heroku ended up being acquired by Salesforce in 2010.

But Floyd actually isn’t going to be constrained to the cloud. The startup’s corporate pricing tier includes an option for an on-premises deployment of its software.

That’s good, because data science collaboration tools from Cloudera and Domino Data Lab can be deployed on premises.

The software has 2,500 users after launching just a month ago, with another 6,000 people on a waiting list.