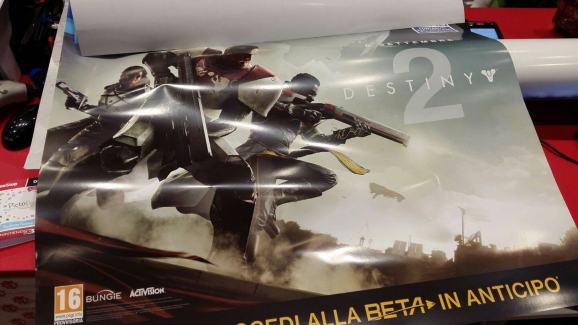 This poster narrows down the release date.

We’ve known that the sequel to Destiny is coming this year, but a new leak may have revealed a more specific timeline.

Destiny 2 will launch September 8, according to an alleged poster for the game that has appeared on Reddit and Italian gaming site Lega. As part of its quarterly earnings report in February, publisher Activision Bizzard explained that Destiny 2 is still coming in 2017, but the company has never confirmed a release date beyond that.

We’ve reached out to Activision Blizzard to ask about the September 8 release, and we’ll update this post with any new information.

Destiny is a role-playing shooter for PlayStation 4, Xbox One, and last-gen consoles. It debuted in 2014, and it has run since with regular updates, live events, and content add-ons. Developer Bungie announced earlier this month that it will end its full support of Destiny soon with the launch of its Age of Triumph sandbox.