Nintendo is testing out its upcoming online shooter Splatoon 2, and it turns out that the game is a lot more of the same except it’s on the Switch. But that means you can play the game anywhere you have an Internet connection, which is an exciting possibility for anyone with a smartphone that can turn into a Wi-Fi hotspot.

For one of Nintendo’s hour-long Splatoon 2 Global Testfire events today, I turned my Samsung Galaxy phone (may it never explode) into a hotspot and connected my Switch. I immediately logged onto Splatoon for 60 solid minutes of ink splatting and squid killing, and after that session, I checked and found that my smartphone’s hotspot app had used 153MB of data in the hour I was playing. The Switch was the only device connected to the network, and I was connected to Splatoon for that entire time.

I think that for some people, that might mean they can justify spending their data budget on a match here or there. For me, with T-Mobile’s unlimited LTE plan, I’m going to play Splatoon 2 everywhere. This changes everything for me.

And it’s not just the relatively low data usage, it’s that the game works really well over a smartphone connection. I didn’t notice any lagging or rubber-banding. I was able to keep up with the competition, and I was regularly getting twice as many kills as deaths. 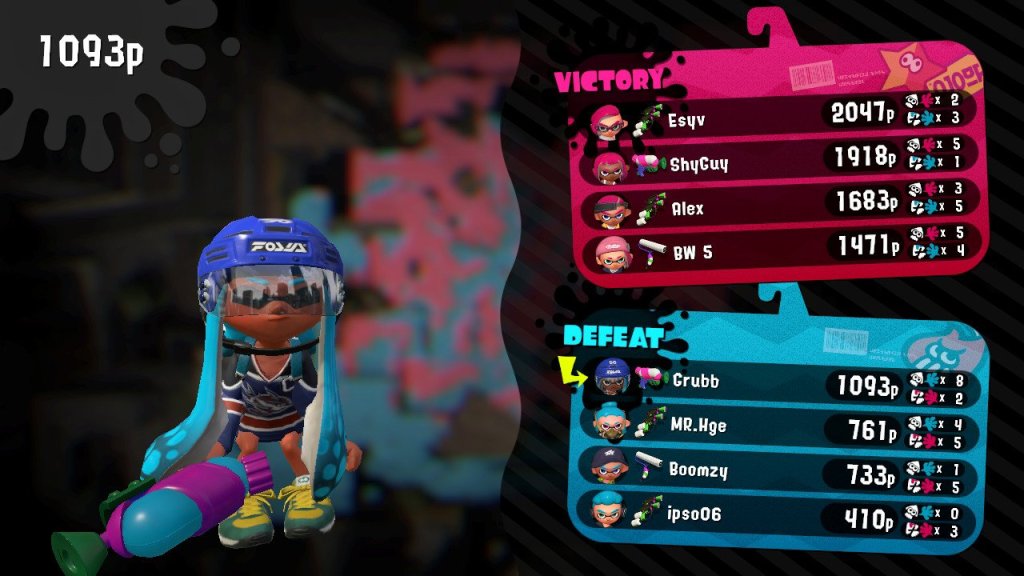 Above: One of the matches I played over my smartphone’s hotspot connection, and I dominated.

Nintendo also made Splatoon for a wide range of Internet speeds. While you’ll always need a low ping to compete in something like Counter-Strike or Overwatch, a high ping isn’t a death sentence in Splatoon. The goal is to cover the map with your ink, and your connection is not going to impede or improve your ability to do that. Sure, you still will get in gunfights with opponents, but even those often come down to melee weapons and ultimate abilities.

But the amazing thing is that even in those most intense head-to-head moments, I never felt held back because of my connection. I was regularly outplaying my opponents and coming out victorious. And that’s incredible for anyone who wants a way to play Splatoon at work, on the train, or anywhere else.