Ted Price and Jason Rubin were pioneers at the start of the console video game business. Price started Insomniac Games in 1994, making games, such as Spyro the Dragon and Ratchet & Clank. Rubin cofounded Naughty Dog, maker of titles, such as Crash Bandicoot, in 1986.

Price and Rubin did a fireside chat about a month ago at the elite gaming event, DICE Summit 2017, in Las Vegas. It may seem like old news, but I’ve finally had a chance to revisit the talk, which offered some good advice for VR entrepreneurs. It was a discussion full of lessons for making VR live up to its potential.

Please check out our GamesBeat Summit 2017 event taking place from May 1 to 2 on the inspiration between science fiction, tech, and games. Use Deantak code for 20 percent off. Insomniac’s Ted Price will be one of our speakers.

Price started out by asking what Rubin thought about slower-than-expected sales for VR hardware during 2016. 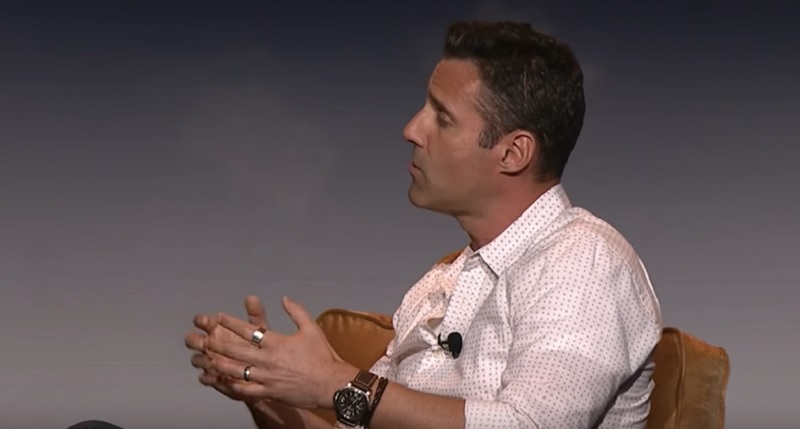 Above: Rubin is vice president of content at Oculus VR.

He added,”When it comes to year one sales, I think there is a disconnect between what the industry was saying — and I think we were pretty much all on the same page — I remember Mark Zuckerberg got up on stage and said this is a 10-year process. I’ve heard the same things from other hardware manufacturers. I don’t remember any hardware manufacturers going out there and saying this is going to be massive year one. There were others, peripheral to the industry, that were following the normal hype curve of technology — where before it is out, there is a giant hype for it, and when it comes out, it doesn’t do 100 million units. We are in the reality part of that curve now.”

After this period ends, Facebook believes there will be a massive growth phase, Rubin said.

What’s necessary to hit that part of the growth, Price asked. Quality has to go up, from the lenses to the refresh rate, Rubin replied. Content also has to grow up to suit the user. Nothing in the market really hits all the sweet spots yet, he said. 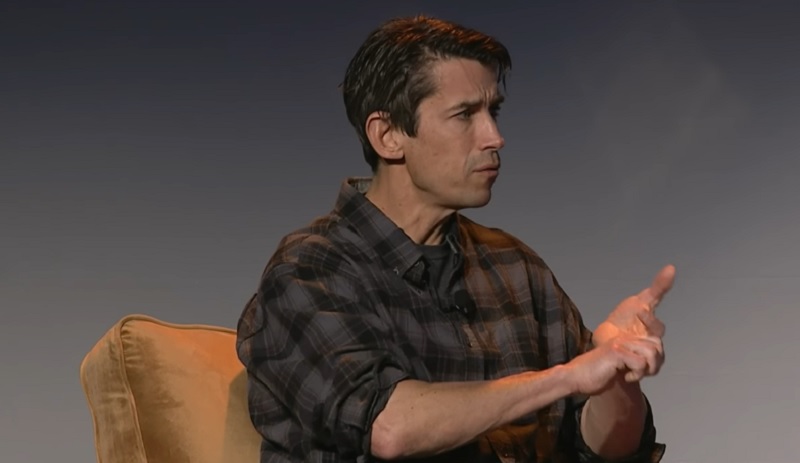 Above: Price of Insomniac Games at the DICE Summit.

The Samsung Gear VR is priced right at $99, Price said. It sold more than 5 million units. But on the quality side, it’s well liked, but it’s not driving long-term retention and excitement. Things like battery life and game quality still need work.

As for the Oculus Rift, “Quality wise, I think we knocked it out of the price.” The number one reason people aren’t buying it yet is the price, Rubin said. Oculus recently cut the price of the system and its Touch controls by $200.

“They’re both at different parts of the graph, and none of them have the content,” Rubin said. “It’s a fantastic experience today. But to hit the 10 millionth or 100 millionth person, we have to hit more than the early adopter.”

On mobile, better processors, the addition of positional tracking, and lighter hardware will make a difference. That’s easy to do but not without changing the price. With the Rift, the price has to come down. A year ago, computers that could run the Rift cost $1,000. Today they cost $600.

“Over time, price comes down,” Rubin said. “Both of these things converge to the right spot. And simultaneously, we need to be working on content.”

That includes making it faster when it loads, making it more social, adding the things it needs to be an ecosystem.

“A year ago, none of this existed,” Rubin said.

There are things we shouldn’t do, he said, such as adding features to increase the price and then requiring new content because the new features aren’t supported by the current content. That would cause price increases, whereas Oculus’s current goal is to get the Gear VR, which Oculus co-developed with Samsung, and the Rift to a “product market fit.” 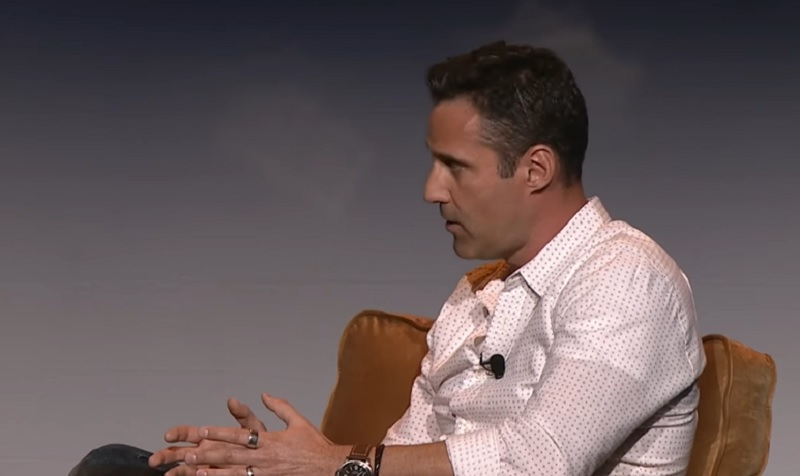 Above: Rubin said Oculus supports the Khronos standard for VR.

As for competitors, such as the HTC Vive, Rubin said it was a good thing to have competition driving everyone forward and giving consumers choices. Oculus has pushed forward ideas, such as on-ear headphones and asynchronous time warp, and those ideas are becoming the norm, Rubin said.

“I believe we have the best hand tracking and the best controllers in the business,” Rubin said. “Disagreement is good. It drives us all to improve things.”

But Price wondered how Oculus could be more of an open platform with respect to both tech and content. Rubin said, “We support an open standard. We support the Khronos standard. If there was an open platform, we would be a part of it. An open platform is not created by one company and thrown upon the industry,” a not-so-veiled reference to Steam VR from Valve.

Price said developers welcome that and hope there will be an open standard. It’s not there yet, but it will happen over time, Rubin said. 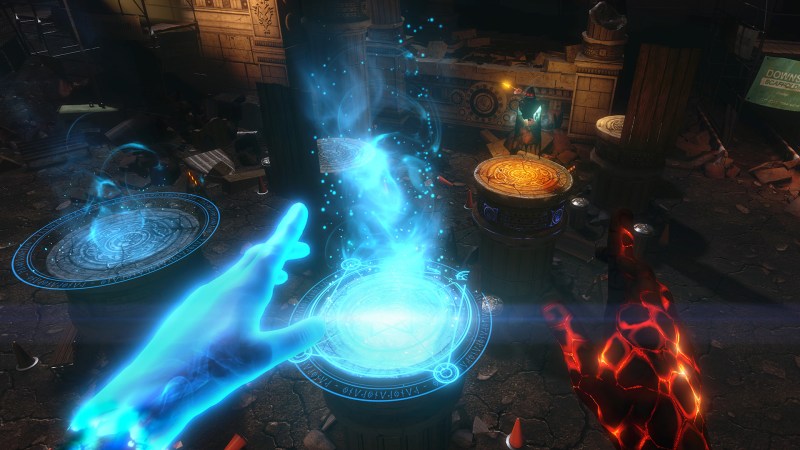 Price noted that some indie developers who bet the farm on VR have gone under as a result. Rubin said Oculus has been careful to tell developers to that it will be a long haul, but he also believes it’s important to get in early and learn how to make VR games, which isn’t easy to do.

“Going all in on VR, unless you have a very good business plan, isn’t the best idea right now,” Rubin said.

Price said his company put a minority of its resources into VR because it can’t recoup a big investment yet. But he thinks it is important to be in early on a technology that is here to stay. 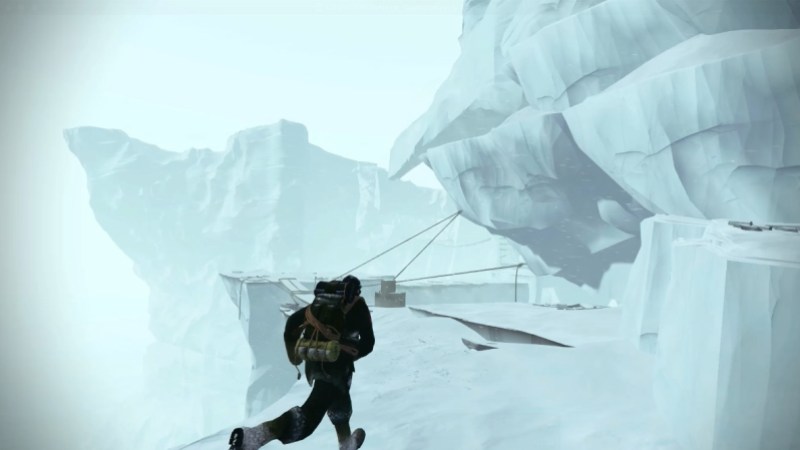 Above: Edge of Nowhere’s Victor explores the harsh arctic landscape.

Insomniac published two third-person action games, Feral Rites and Edge of Nowhere, and the first-person dueling game The Unspoken. It was tough work wrestling with camera controls on the third-person games, Price said. Price acknowledged that the initial games could have been done better, with more features that were unique to the medium.

But Price felt that The Unspoken, which debuted on the Rift in December, captured that better with cool hand-tracking controls where you use your hands to cast spells.

Rubin said his company, which funded Insomniac’s early games, could have done better by asking its developers, such as Insomniac, to spend more time prototyping and experimenting, rather than giving them money to publish a game on a particular deadline. He apologized to Price for that. Testing and prototyping is the way to come up with a great game. One example of getting it right was Superhot, a first-person shooter in VR. Rubin said The Unspoken turned out much better than the earlier titles. 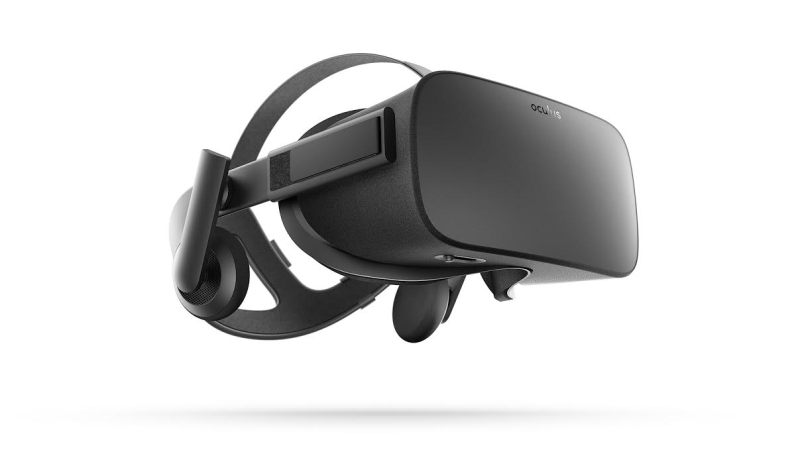 Price said he got excited about VR by playing the “Toy Box” demo, where he used prototype touch controls to play with toys in VR a couple of years ago. Rubin believes that games will lead the way to mass VR adoption for non-games applications.

“This is our moment where we take over the world as creators,” Rubin said.

As for the “end state” of VR, Rubin said Oculus believes it will be untethered, without a connection to a PC, and running on a battery. To get there, Oculus is working on both mobile VR and PC-based VR.

Rubin said Facebook has invested $250 million in VR content, and it is investing another $250 million. But even with those big amounts, the industry is so large that the company can’t spread those dollars out among all of the developers who need it.

“It isn’t enough money to create a safety net for developers,” Rubin said. For the time being, those without much funding should stick with small teams, Rubin said.

Rubin believes that other hardware makers should step up and fund developer content. Some are and some aren’t.