A challenge in The Legend of Zelda: Breath of the Wild asks how far you can travel with the paraglider in one go. I did something around 600 meters, but it turns out you can soar much farther than that.

One player just uploaded a video of themselves riding the wind for 7.6 kilometers before landing in the latest Zelda. This is the longest distance anyone has claimed for this challenge so far, and it involved clever use of updrafts, bomb arrows, and elixirs.

The entire run took more than 20 minutes, and it required a whole lot of preparation. To pull this off, the player needed dozens of bomb arrows, an entire inventory of stamina-boosting elixirs, and enough bows to continually fire arrows without the weapons breaking.

Essentially, the high-flying glider accomplished this by finding a grassy path all the way to the end of the map. As they began to lose altitude, they would fire a bomb arrow at the grass, causing it to catch fire and creating an updraft. The player could then ride the updraft back up away from the ground. When Link was about to run out of stamina, the player would use one of their elixirs that replenishes all of the stamina and gives a bit extra as well.

The hard part is that the player was able to repeat this process up hills and around and through winding roads without messing up. 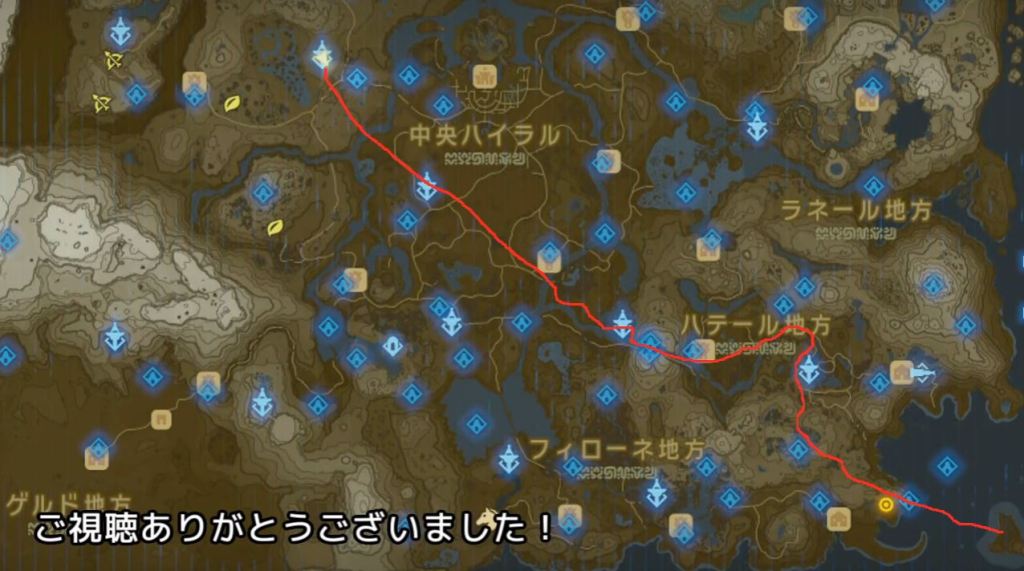 Above: He went nearly all the way across the map.

You can see in the map above that he went all the way across the plains of Hyrule, up and over some of the mountains, and all the way out to the Eventide Island. But you also have to wonder if anyone could break this record and maybe even get over 8,000 meters.