Gamee is mobile, and it’s games, but it’s not an app. Not primarily, at least. Rather, it’s a platform that delivers small, instantly playable games on Facebook Messenger, Kik, and Telegram, alongside its own app.

And, its CEO says, it’s getting Snapchat-level engagement levels. 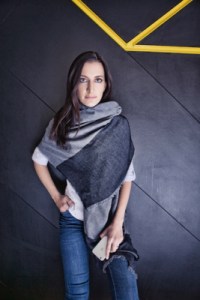 Above: Bozena Rezab, CEO of Gamee

“Native apps are great for rich gaming experiences; however, for casual and super-casual gaming, the barrier of installing is high,” CEO Bozena Rezab says. “We have designed Gamee so that people click and play and are in gameplay within 3 seconds, either if you play games from our main apps or in chat with friends from our chatbots.”

The Prague-based company launched in 2015, and now has four million monthly active users playing 60 games. It’s demonstrating two interesting things in mobile: that bots and social gaming is growing in popularity, and that virality via messenging apps can be a valid path to growth.

There’s some stickiness to the platform as well.

People tend to spend about 30 minutes playing games each day — hence the Snapchat comparison — and player retention after a month is high at 25 percent. (This might sound low, but most mobile apps, including games, lose 80 percent to 90 percent of their players within the first few days after install.)

Gamee doesn’t just distribute differently. It is also monetizing differently, via both advertising and sponsorship. 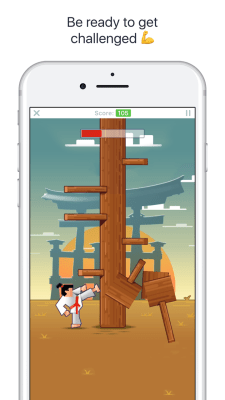 Above: One of Gamee’s games

“The cross-platform nature of HTML5 allows frictionless sharing of games as easy as sharing YouTube videos on the internet without the need to download the games or go to the app store to find them,” Rezab said in a statement. ”This is a big game changer for brands looking for new ways to engage with their audiences in a more meaningful way.”

Coca-Cola and car manufacturer Skoda have sponsored games, while NASA and soccer club Manchester City have also worked with the platform to build games that speak to their core audiences.

Investment in this round was led by Initial Capital and Credo Ventures, with participation by Index Ventures and a few angels.

Gamee was one of 10 launch partners for Facebook Instant Games and a global launch partner for gaming in both Telegram and Kik Messenger.