Limitless specializes in tools that make it easy to create animated characters and stories in virtual reality. And that work is paying off today through a partnership with High Fidelity, a virtual reality world creation platform founded by the creator of Second Life, Philip Rosedale.

Bellevue, Wash.-based Limitless has created a platform that makes it easy to craft interactive characters who respond to human voice, gestures, and social cues inside VR. And High Fidelity is creating a place where users can create their own VR environments, as well as the characters inside them.

Please check out our GamesBeat Summit 2017 event taking place from May 1 to 2 on the inspiration between science fiction, tech, and games. Use Deantak code for 20 percent off. Insomniac’s Ted Price will be one of our speakers.

“We continue to believe that you don’t need to be an AI expert in order to create interactive characters in VR,” said Limitless CEO and founder Tom Sanocki, in a statement. “High Fidelity’s users are generally pro-sumers with basic technical knowledge, and range from educators to enthusiasts to professional animators. Our integration within High Fidelity further validates that our storyteller-first approach to interactive characters is ready for widespread adoption.”

Limitless will provide a special High Fidelity interactive character as a tutorial and an example to new users. The Egyptian-themed character will ask the user riddles when approached, and users will be able to modify it, learn from it, and use it to make their own character. Just like in Gary the Gull, these characters will respond to voice, gestures, and other human social cues. 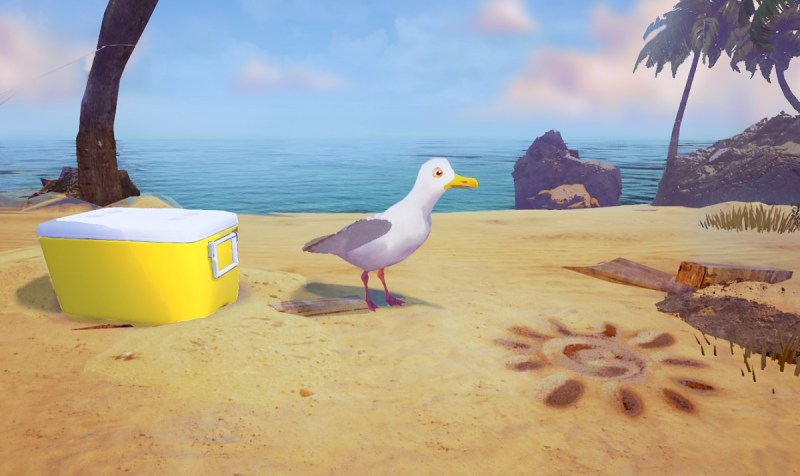 Above: Gary the Gull was created by Mark Walsh using Limitless Studios technology.

“VR worlds are made more alive and believable by emotional connections to characters within them,” said Philip Rosedale, CEO at High Fidelity, in a statement. “We want to give people the ability to easily create interactive characters, getting as close as possible to the magical experience of having other living people in the space with you.”

Limitless said its platform is the only interactive character solution that is usable for the average person. Until now, artificial intelligence-driven platforms have required advanced engineering knowledge.

In October, Limitless announced as part of its platform a new cloud-based animation tool that allows rapid prototyping of animated VR content inside a virtual reality world. That technology, which is currently being used in trials by leading film and animation studios, is another example of the importance of making VR character creation and animation technology accessible to a broad range of users, from amateur content creators to professionals.

Founded in 2013 by Philip Rosedale, Freidrica Heiberger, and Ryan Karpf, High Fidelity was formed to create an open source, social virtual reality platform. Based in San Francisco, High Fidelity brought its platform of the same name to beta launch in 2016.