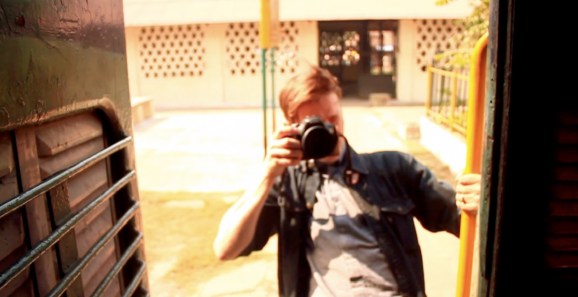 Storyhunter has raised $1.3 million to a global marketplace to match video journalists with news organizations and brands.

New York-based Storyhunter has created a talent marketplace that is already being used by 20,000 video producers and journalists in 180 countries. The company has now raised $4.2 million to date.

Storyhunter transitioned from a production studio to an open platform for media production, and now it has four of the five largest news organizations and two of the three largest magazine publishers as clients.

Draper Associates led the round, which was joined by previous investors Frontier Ventures, NFX Guild, and 500 Startups.

Some digital media companies, like AJ+ (the digital arm of Al Jazeera) and Great Big Story (the digital storytelling brand of CNN), rely nearly exclusively on Storyhunter to manage their talent and source original video stories across the world.  Other clients include NBC, CNN International, Time, National Geographic, Discovery Digital, and The Weather Channel, as well as brands including Airbnb, Expedia, Zillow, and the Bill and Melinda Gates Foundation.

Storyhunter will use the additional capital to expand its Freelance Management System (FMS), launched earlier this year.

“From listening to clients, we learned there was an opportunity to not just connect them with experienced freelancers, but to help them manage the entire freelancer relationship, from messaging freelancers in the field to making payments to filing taxes,” said Jaron Gilinsky, CEO and cofounder of Storyhunter, in a statement.

The platform includes a map search tool that video producers can use to find, message, and hire freelancers anywhere in minutes. It has expanded video services, such as freelancers vetted for drone filmmaking, 360 video production, and mobile livestreaming.

Video producers can organize both new and existing freelancers into their own custom networks such as “360 shooters,” “African freelancers,” and “Best editors,” and send group messages or reach out to freelancers individually.

It has a payment system that works in any country, and it tallies total payouts for tax purposes and automatically submits required tax forms.

“Before Storyhunter, we either had to deploy a full team, which was very costly, or try to find a freelancer already on the ground, which was difficult and required a tedious on-boarding process,” said Geoffrey Dietrich, executive producer of AJ+, in a statement. “With Storyhunter, it’s no longer about who we have on the ground, but rather what do we want to cover? The distributed network and the workflow tools have been a force multiplier for us.”

The company has 15 full-time employees.