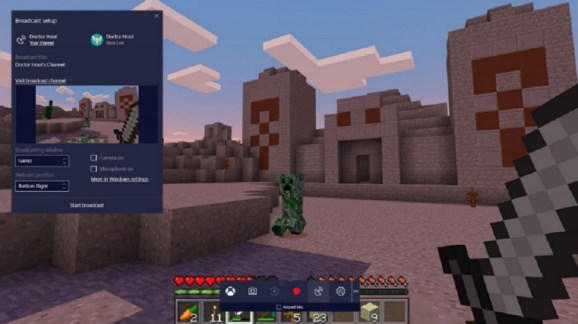 Typing the Windows key plus "G" brings up a gaming bar in Windows 10 Creators Update.

Microsoft’s Windows 10 Creators Update arrives as the third major update for the PC operating system on April 11, and it contains some goodies for gamers, who no doubt make up a huge percentage of the 400 million Windows 10 users.

The update is designed to enable every gamer to be a broadcaster. When you log into a game on Windows 10, you can hit the Windows key and “G” on your keyboard at the same time. That opens the Game Bar.

If you’re signed into Xbox Live, you can start broadcasting immediately using Microsoft’s Beam, a livestreaming platform which Microsoft purchased in August 2016. Beam is ranked as the most-responsive gameplay livestreaming service, because it is optimized for subsecond latency, said Peter Orullian, a Microsoft senior product manager, in an interview with GamesBeat.

With Beam, streaming has benefits. You can interact with your community of followers in real time using Beam, because of the low latency. If you are playing a game and need direction from your fans on a slower service, like Twitch, you might miss the message. That’s because there’s a delay between when you see something happen in the game and when spectators see it happen on the stream. 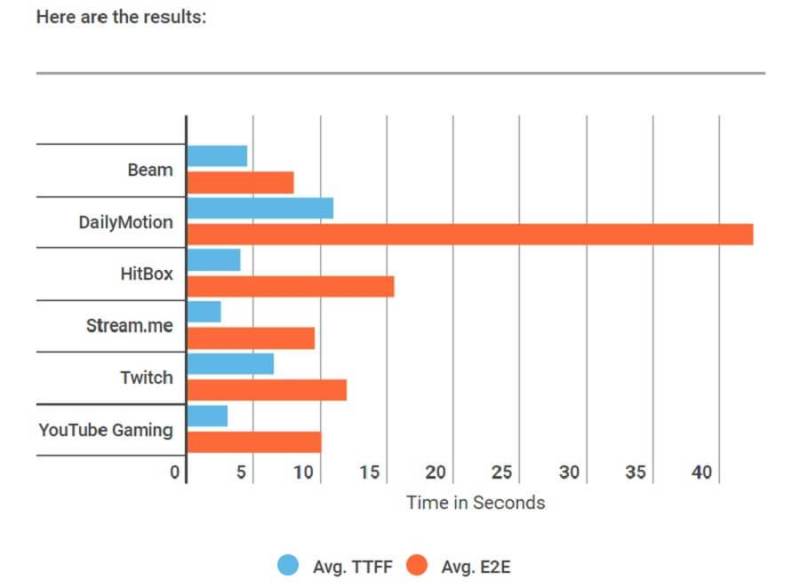 Above: Wowza Media Systems did a study that showed Beam had the most responsive livestreaming service.

Orullian said that Beam gets rid of that problem, and it makes it practical to chat, interact, and participate with streams and community followers. You can crowdsource a decision in a game with Beam, which is based on the Faster Than Light (FTL) streaming protocol, Orullian said. By the same token, you can put a button in a Beam chat stream that lets spectators populate your Minecraft game with enemies for you to fight.

With the Game Bar, you can also easily record your session, capture screenshots, log into Xbox Live, or click on a settings button. The last option turns on Game Mode, which takes all of the settings related to games and brings them into a single place. Game Mode dedicates more resources, such as memory and processing power, to your PC games. Game Mode also tries to normalize the frame rate.

When you have enabled Game Mode, you can apply it to any game. When you go into Windows settings, you can also see the Game Mode settings there. When the PC has to deal with resource contention, the computer will favor the settings for the game. If you run a game chat client and play a game at the same time, the PC will optimize resources so the gaming experience remains great. If you have an eight-core processor in your system, it will dedicate perhaps six of them to the game and use two for other things.

“Game Mode will provide value when you have resource contention,” Orullian said. “If you have an entry-level PC, those often come with preloaded software. When you boot it, there are a lot of processes running in the background. That takes resources. Game Mode will prioritize the resources.”

Game Mode works with both Universal Windows Platform and Win32 games. Orullian said that Beam is integrated directly into the system shell, so that it becomes much more accessible for gamers who otherwise might be intimidated by livestreaming.