ADVR today announced the launch of the first discovery marketing engine for virtual and augmented reality applications. The company has also raised $3 million in an initial round of funding so that it can create new kinds of in-app advertising in VR and AR applications.

The San Francisco startup has built a content-marketing platform for creating branded stories or complementary in-world experiences that fit naturally within different realities.

“When people go to games, and especially VR, they are looking to discover something,” said Arnaud Dazin, in an interview with GamesBeat. “There are ways to show sponsored content in a way that complements the experience. But that involves trust.”

The ADVR solution is delivered via a software development kit with intelligent monetization and measuring tools that make it easy to transform virtual spaces into personalized discovery ecosystems. It allows developers to build a thriving business and brands to exist in thousands of virtual worlds.

“We want to allow advertisers to create marketing content that can be seen in all of these virtual worlds,” said Dazin. “We want to enable developers to create worlds that are personalized and customized.”

ADVR uses tech to capture what users like and dislike. That tech includes artificial intelligence and advanced machine learning. It enables developers and marketers to tap into analytics that can only be derived from VR environments and target content to individual users at scale.

The platform can be used to deliver dynamic content, sponsored content, and game mechanics that increase engagement and retention and actually enhance, rather than disrupt, the experience of gamers and other VR enthusiasts. 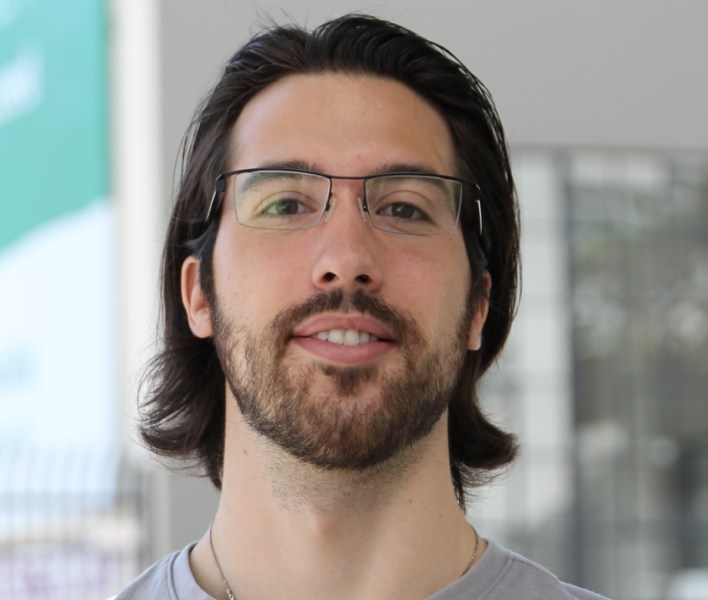 Above: Arnaud Dazin, CEO of ADVR.

ADVR was created in response to two critical obstacles that have so far held virtual developers and marketers back from achieving profitable VR business models. Currently, there is no scalable solution for VR developers and publishers to earn reliable revenue and keep the ecosystem growing both inside and outside their VR worlds.

Moreover, Dazin said marketers have’t been able to insert content without breaking the in-world experiences of users, and that has created a deep distaste for advertising and other kinds of promotion. To help deal with that, ADVR has built feedback mechanisms into the content so that users can tell developers what they really think of brand experiences.

There are about 7 million PC and mobile VR headsets in consumers’ hands today. That’s a pretty small space for an ad market to materialize in, but Dazin believes direct deals with brands that want to be involved with VR are the way forward.

“Direct deals are the best way to make this viable for publishers, and over time, that will switch over to programmatically driven ads in VR,” Dazin said.

Built on a platform-agnostic delivery model, ADVR allows 3D and 2D content to be modified on the fly for a consistent experience on any device and across any VR-enabled world, making it possible to create protracted stories that persist across multiple platforms. Dazin said cofounder My Tran is also working to ensure there are advertising standards in VR spaces through work on various committees.

“We want to get industry standards out there before it’s too late,” Dazin said.

In addition, the platform provides a full suite of analytics tools and resources that can be used by marketers to modify campaigns across other traditional marketing channels, and by developers to make decisions about design, testing, and merchandising.

Dazin showed a scene in a game as an example. The developer designates a couple of areas in the scene, like a place next to the wall or a spot on a table, where it’s OK to run ads. ADVR looks at the user’s demographics — like an older woman in a family during the winter — and runs an ad such as a Coca-Cola winter wonderland decoration in a spot on the table. The “ad” blends into the scene, as shown in the picture at the top.

“Retail establishments look at experiences per square foot, and I think that will translate into VR,” Dazin said. “Here, we bring in sponsored content into the scene. The developer has final say on that content, and the user can give feedback. That protects the ecosystem.”

The company is founded and led by a trio that includes Dazin, an engineering architect who has been at the forefront of free-to-play’s rise for both desktop and mobile. He is joined by chief product officer My N. Tran, who is a monetization game designer with three top-100 grossing mobile titles. And Steve Ip leads strategy and partnerships, leveraging a background in viral content marketing. All told, the company has seven people.

“It looks like it is a very solid ARVR discovery marketing engine that can handle this kind of content well,” said Tim Bajarin, an analyst at Creative Strategies, in an email. “It fills an important need within this market and has potential to be a means to create branded stories or experiences that can be monetized and measured, something that will be very important as the market for AR and VR content evolves. I like the value proposition and its goals, and if it works as stated, it will be of real interest to those who create AR and VR content.”

Rivals include ad networks such as Immersv, AdsOptimal, and Vertebrae.