Brenda Romero has worked on 47 games in a game career that has spanned more than 36 years, and she’s getting recognition for that today with a special award from the British Academy of Film and Television Arts.

BAFTA’s special award is like the equivalent of a lifetime achievement Oscar in the U.S. Brenda Romero, formerly known as Brenda Brathwaite, is getting the award for her creative contribution to the game industry, her advocacy for the art and the creative process behind game making, and her commitment to encouraging the next generation of talent in games. She is known for her work on the Wizardry series and a host of other titles.

Brenda Romero said in an interview with GamesBeat that she was grateful for the award, and it helped put her career in perspective. She is married to John Romero, the co-creator of Doom and Quake, and she said that his contribution is akin to creating the icons of games. But she appreciated that BAFTA saw in her work “lots of small things that added up” to a real body of work.

Brenda Romero said it took her a while to figure out that the award wasn’t a joke, at least until she saw that the BAFTA logo’s font looked authentic. She said that the family cheered when they heard about the award, as they are all immersed in a life of games. 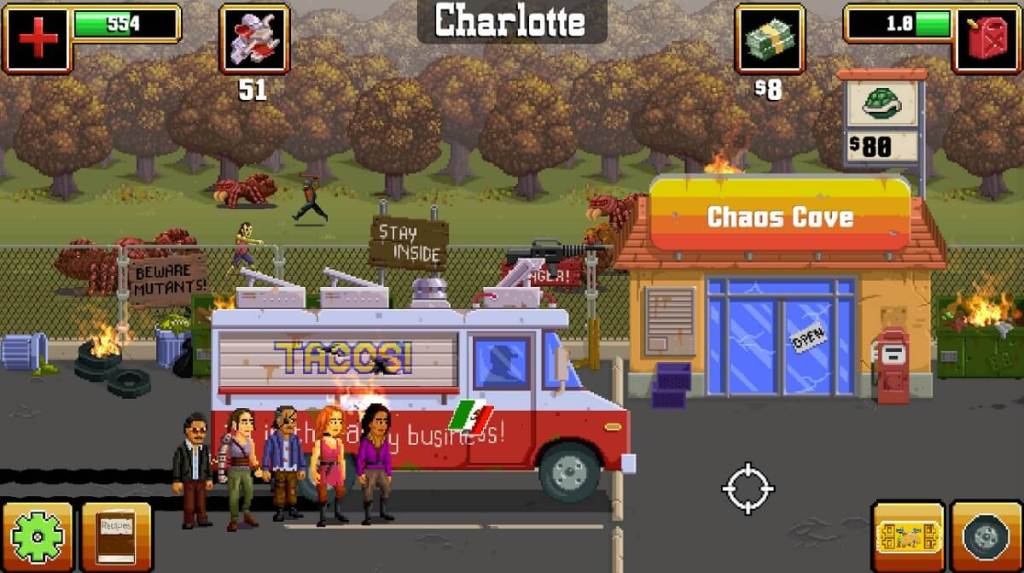 Above: You have to feed hungry people tacos with mutant-based fillings.

The Romeros recently completed their most recent game together: Gunman Taco Truck. The zany post-apocalypse title was designed by Donovan Romero-Brathwaite, the 12-year-old son of the Romeros. Romero said that effort took a team of a half-dozen people about a couple of years to do, and it recently debuted on Steam on the PC.

“It has paid for his college, at least at a European college,” Brenda Romero said.

She said that she enjoys being surrounded by a family that is focused on games. She is currently program director at the University of Limerick, teaching in game design and development. And when she comes home from work, they talk about games and play games.

“We haven’t watched a basketball game together in a while,” Brenda Romero said. “This is life, immersed in games. I can’t imagine any other way to live.” 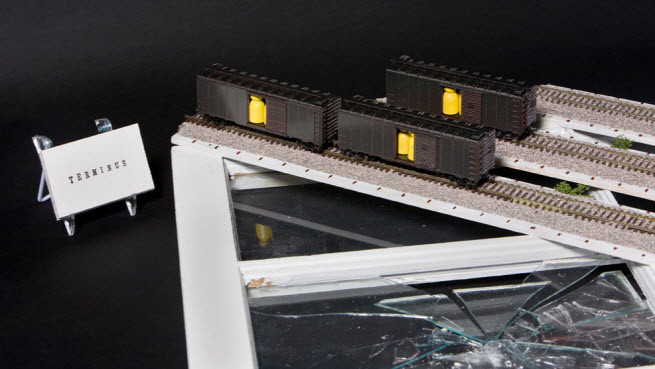 Brenda Romero is an inspiring and gifted speaker. I remember a talk she gave at the Game Developers Conference in 2013 in San Francisco. It was about a board game called Train, one in a series of six board games that Romero calls The Mechanic is the Message.

The challenge she created for herself in designing those games was to capture and express difficult emotions with game mechanics. In Train, the players read typewritten instructions. The game board is a set of train tracks with box cars, sitting on top of a window pane with broken glass. There are little yellow pegs that represent people, and the player’s job is to efficiently load those people onto the trains. A typewriter sits on one side of the board. 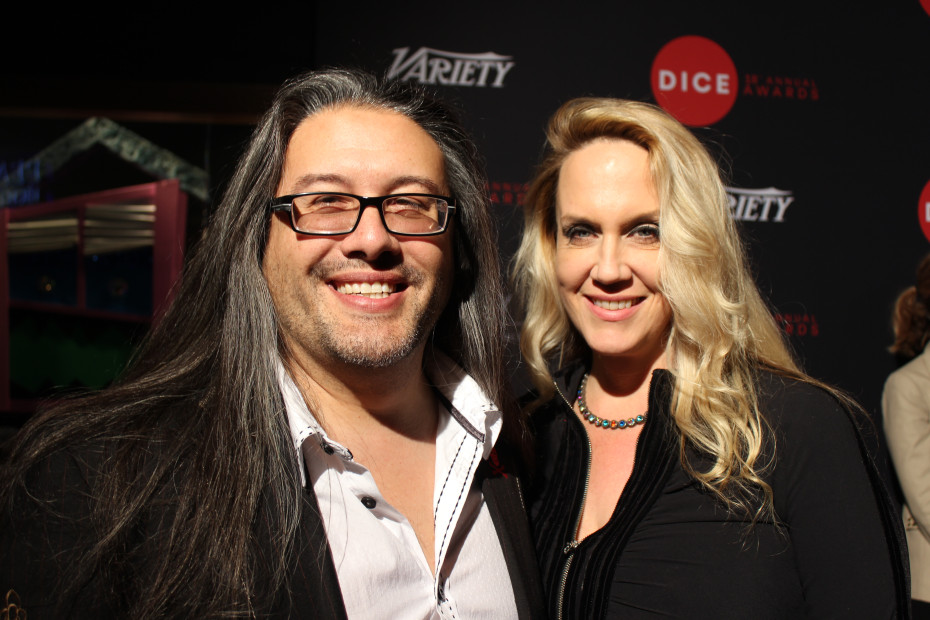 Above: John Romero and Brenda Romero at the DICE Awards.

Brenda Romero received a standing ovation when she finished describing Train. The distance between Train and Gunman Taco Truck is enormous, and it shows the range.

She first started working on Wizardry in 1981, and she also worked on games in the Jagged Alliance, Ghost Recon, Dungeons & Dragons, and Def Jam franchises. Siochán Leat (The Irish Game) which is presently housed in the National Museum of Play. In 2015, she won the coveted Ambassador’s Award at the Game Developers Choice Awards. In 2014, she received a Fulbright award to study Ireland’s game industry, academic and government policies. In 2013, she was named one of the top 10 game developers by Gamasutra.com and Develop magazine listed her among the 25 people who changed games in 2013.

With her husband, Brenda Romero co-owns Romero Games based in Galway. But beyond making games, she has also found it inspirational to teach people how to make games.

Brenda Romero also wants to celebrate the range of people in the game industry, and to increase the variety of people who are making games. She spoke about that at the GDC in 2014, and again drew rousing applause for her arguments for inclusion. As for young aspiring gamers, she suggests they try to break into the industry by learning how to code “right now.”

And where should people look for their inspiration? She said, “Follow your curiosity.”

Of course, making games isn’t all fun. Brenda Romero is working on an unannounced title. And she said the family was trying to chase down a difficult bug in one game. And when she has a chance, she takes time out of her day to play Sony’s The Last Guardian.