Twitter users who have resisted uploading a profile picture will start to see a change today as the company is ditching its default egg image in place of something less creative. After seven years, Twitter wants you to be more expressive in your profile, while perhaps subtly reducing the number of people who troll the service anonymously. Long gone is “Larry the Bird,” and in place of the egg is something that appears to be a silhouette of a non-gender specific individual. 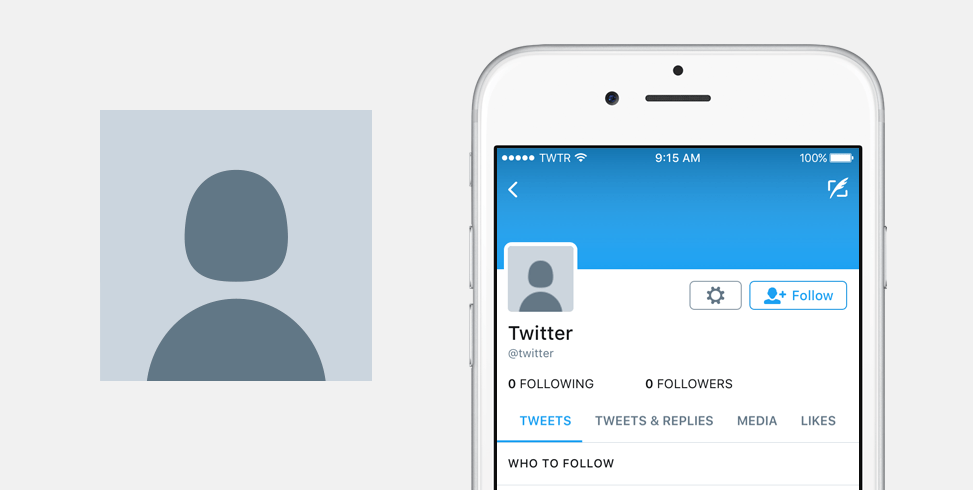 Above: Twitter ditches its default egg profile picture for something less unique.

In a blog post, Twitter claimed this refresh was done for several reasons: First, to tie in with a brand update that was launched last year with the goal of highlighting “the diversity and expressiveness of the people around the world who make up the Twitter community, in all its color and vibrancy.”

Secondly, perhaps surprisingly, some people found the default egg image to be cute and decided to keep it around. “We want people to use this space to show us who they are,” the company explained. “The new default image feels more like an empty state or placeholder, and we hope it encourages people to upload images that express themselves.”

Lastly, the egg image was becoming an unintended symbol of harassment, which was starting to stereotype new users who hadn’t yet personalized their profiles. People using the default egg photo were automatically viewed with suspicion right from the start.

The new default avatar may be more conspicuous now. Perhaps when you see it, it might motivate you to add a profile photo versus that cute egg. But some might think of this as sidestepping the real problem Twitter has been trying to deal with in the past months. Is simply changing the photo going to do much to curb abusers and harassers? If viewed by itself, no. But also take into account fact that the company has been more aggressive in its approach towards user safety, such as upgrading its reporting functionality, expanding its mute option to the timeline, and more.

One could hope that new users, when they see this new default photo, will be inspired to upload a replacement image right away. Doing so could reduce one aspect of anonymity and, in a way, strip away another screen for trolls and harassers to hide behind. Will people be so bold as to berate others if people can see who they are? It’s not outside of the realm of possibility, but reducing the use of default images is part of a bigger plan by Twitter to reform itself so it’s no longer viewed as a place where harassment runs rampant.

Now, will the new default photo receive a warm welcome, or will it be viewed with skepticism like Twitter’s recent update where it removed usernames from the 140 character count in replies?