Color Switch keeps breaking milestone after milestone, as publisher Fortafy Games is announcing today the mobile game has been downloaded more than 150 million times. And Fortafy has now decided to open up a mobile game publishing business.

Color Switch has proven to be amazingly viral. It has 20 million more downloads in the past three months, according to Zeb Jaffer, cofounder of Fortafy, which is a small independent mobile game publisher based in Dubai and Sydney, Australia. The company is living out a rare fairy tale in the $40 billion mobile game industry.

In an exclusive interview with GamesBeat, Jaffer said that the company has updated the game 65 times since it was launched 15 months ago. The game has more than 2,500 levels and 30 game modes.

Color Switch is an addictive, simple game where you tap the screen repeatedly to make a color ball advance. If you hit it at the wrong time, you have to start over. 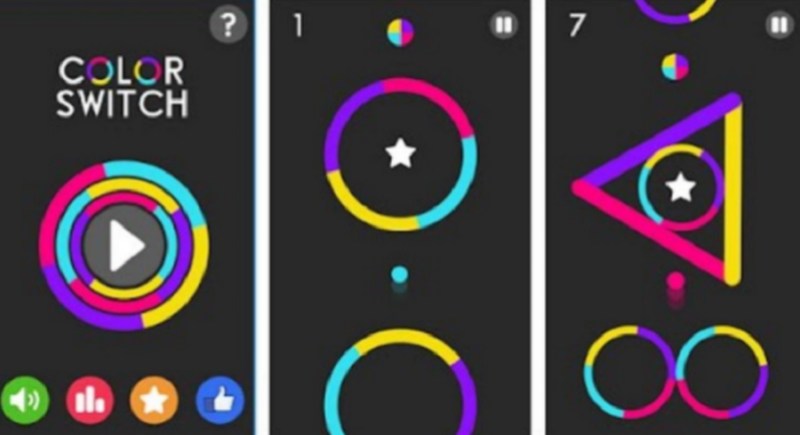 Fortafy was the first joint venture by Jaffer, Sam Ratumaitavuki, and Marc Lejeune. The game has spread through word-of-mouth on Google Play and iOS. The original developers are David Reichelt and Aditya Oza. They initially made the game using Buildbox, which allows for simple, drag-and-drop development procedures. It took them about a week. And Reichelt was able to make the game — which is filled with dazzling colors — despite being colorblind.

Now Fortafy is lining up more games from other developers to publish. One of its strengths is being able to line up influencer marketing efforts and get tens of millions of views. Jaffer said there are two to three games in the publishing pipeline. Jaffer said that Ratumaitavuki focuses on viral marketing and Facebook growth while Lejeune has had multiple No. 1 hits on the app stores.

Reichelt said in a statement, “It’s been a crazy year for sure. I had big ideas when I conjured up Color Switch back in June of 2015 but did not anticipate this kind of reception. Going forward, I’m excited to expand the Color Switch universe and turn Color Switch into one of the biggest brands in gaming.”