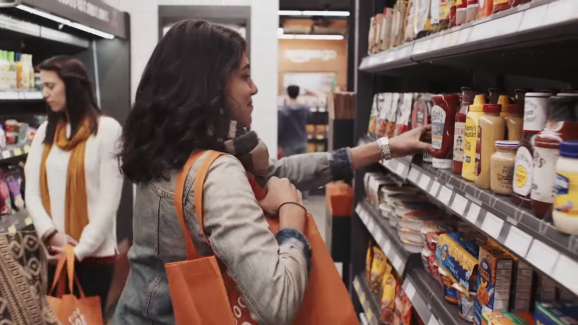 In December, Amazon made headlines for Amazon Go, a futuristic concept store in its Seattle home turf where employees can walk in, scan their phone, grab the items they want, and walk out. Now, Amazon is looking to expose the underlying technology through its public cloud, Amazon Web Services (AWS), VentureBeat has learned.

AWS did something similar when it released Amazon Lex, a service for building conversational interfaces, following the rise of its Alexa virtual assistant, which is packaged up inside Echo smart speakers and an increasing number of other devices. It happened again with the launch of Amazon Connect, a new contact center service.

But recognizing objects in video streams and taking action in real time is more complex than understanding what people say out loud and matching that up with an app’s functions, as Amazon Lex does. There’s more data to go through and more computing to do. Facebook, Google, and Snapchat have also been active in video processing from a research standpoint.

Google last month introduced a Cloud Video Intelligence application programming interface (API) that can recognize objects within frames of videos. Microsoft offers services for recognizing motion, faces, emotion, and optical-character recognition (OCR) in videos. But it’s one thing to analyze videos that already exist and identify people, places, and things. Processing live video as it’s coming in hot is a whole other thing — the kind of thing that could be interesting for many applications, presumably including surveillance. And it will likely pick up lots of use because the provider is AWS, which an increasing number of companies and organizations rely on to run applications and store data.

Not that there aren’t ways to process video today. Matt Zeiler, founder and CEO of artificial intelligence (AI) startup Clarifai, said in an email that some customers analyze live video with Clarifai’s service by “chunking it up as it comes in.”

The AWS service will let people search for colors, objects, and certain things in audio in real time, a source familiar with the matter told VentureBeat. It may integrate with AWS’ existing Kinesis Streams service for building applications that sift through streaming data.

AWS plans to release the video service later this year, the source said.

This will be the latest of dozens of cloud services that customers will be able to use without building themselves. AWS also offers fully managed databases, a videoconferencing tool, an email service, and of course raw computing and storage. AWS also strives to keep ahead of competitors by expanding its geographical reach and lowering prices. AWS gave Amazon $926 million in operating income on $3.53 billion in revenue in the fourth quarter of 2017.

Amazon has run into software glitches in the Go store, the New York Times and others have reported.