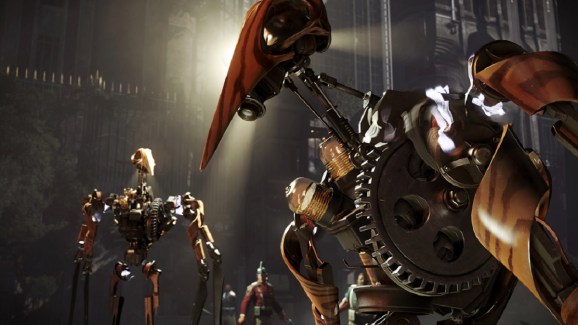 Bethesda will make the first three missions of Dishonored 2 available for free on April 6.

The free trial will be available for the PlayStation 4, Xbox One, and the PC. Such free trials are becoming increasingly popular as a way for publishers to merchandise their older games. Dishonored 2 came out in November, when a lot of gamers were busy with other titles.

Now Bethesda wants you to give Arcane Studios’ tale about Empress Emily Kaldwin and the royal protector Corvo Attano a second try. 2K also recently launched a free game demo for Mafia III, another title that came out in the fall.

The free trial can be downloaded from Dishonored 2’s store page on the PSN Store, Xbox Marketplace, and Steam. Players who decide to upgrade to the full game during or after the free trial will keep all of the saves made during the trial, and can continue enjoying Dishonored 2’s campaign from where they left off.

Dishonored 2 has been praised by IGN as “amazing” and “a superb sequel”, declared a “masterpiece” by Eurogamer, and hailed “a must-play revenge tale among the best in its class” by Game Informer. GamesBeat’s Jeff Grubb didn’t like it so much, as it was buggy on the PC.