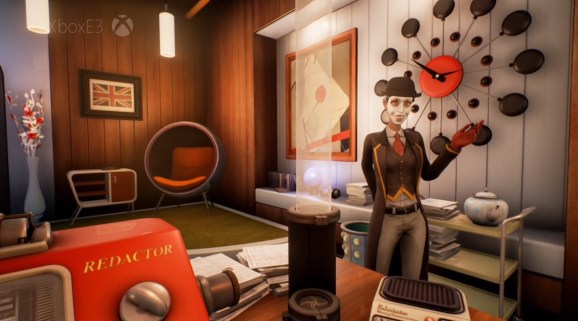 We Happy Few is a bizarre game and one of the best new properties running on Unreal.

Creativity is coming out of indie game makers, and Hollywood is paying attention. Variety reported today that We Happy Few is going to get a movie adaptation.

Gold Circle Entertainment, which helped produce Pitch Perfect, has acquired the rights to We Happy Few and is in the early sage of making a movie.

Compulsion Games has launched We Happy Few in Early Access on Steam for the PC. The survival horror game takes place in an alternative 1960s where the government drugs its citizens to make them happy and keep them oblivious to crime.

After Microsoft showed a demo of the zany game at E3 2016, We Happy Few went viral on social media, and it turned out to be the highest-rated game from the Microsoft E3 press event.

Compulsion Games has partnered with dj2 Entertainment to make the movie. The single-player game is coming out on the PC and the Xbox One.