The CaptoGlove finger-detecting wearable has exceeded its Kickstarter crowdfunding target 13 days into a 30-day campaign.

A new kind of wearable, the CaptoGlove is a glove with sensors. You put it on and point at something in a video game or in a virtual reality application. If you squeeze your finger as if you were pulling a trigger, you’ll shoot a gun in the game.

The CaptoGlove will ship in May. The Shalimar, Florida-based company, which is also called CaptoGlove, says it will be versatile enough to allow users to control video games, VR and augmented reality, and mobile and smart devices through simple hand gestures. 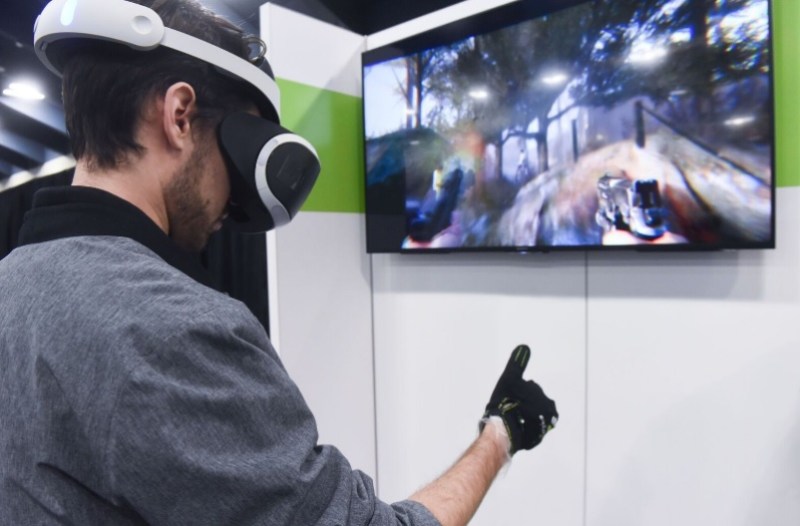 Above: CaptoGlove helps you control video games with your hands.

To celebrate its funding success, CaptoGlove has announced a stretch goal to add a pressure sensor to the thumb of the glove for expanded functionality. This sensor will leverage the touch sensitivity of the finger and be able to perceive various levels of pressure. This will enable future customization, as well as more precise measurements of what the finger is doing.

“Our community of backers have been our biggest evangelists and have helped us quickly achieve our funding goal, as well as provided valuable feedback on additional features and capabilities they’d like to see in CaptoGlove,” said Paolo Trotta, CEO of CaptoGlove, in a statement. “It is because of this response we decided to add a Stretch Goal of a pressure-sensitive pushing sensor to the thumb, which will pave the way for integrating CaptoHaptic Kit in the future.”

The first CaptoGlove prototype was created five years ago as a way to help a father regain coordination and mobility after a stroke. Its precision allowed the glove to next be modified to help train military pilots, the company said.

CaptoGlove finally teamed up with a sports glove company, Reusch, to create a  wearable wireless controller.

It connects via Bluetooth Low Energy to virtually any device. No need for a specially prepared area or additional equipment such as trackers or cameras. CaptoGlove delivers up to 10 hours of continuous use on a single battery charge.