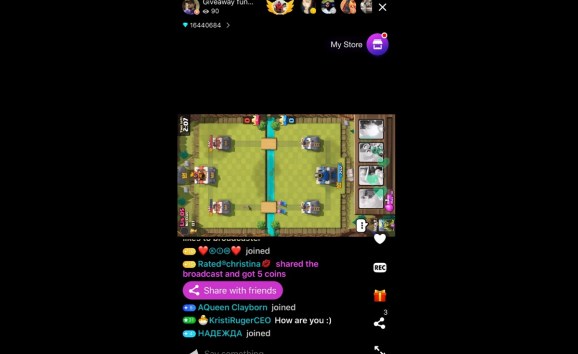 Live.me, one of the fastest growing and highest-grossing live broadcasting platforms, is announcing its new Game Broadcast feature which allows users to play games on their mobile device while displaying their screen to a live audience of viewers.

The new gaming feature has begun rolling out in beta to select Live.me broadcasters and will become available widely to broadcasters in the near future. Once available, broadcasters will be greeted with multiple choices when they tap the pink button to go live. They can either do a live video broadcast or a game broadcast.

Live.me has features that include virtual gifts, live face-tracking filters, Beam, and coin drops — all of which assist broadcasters engaging with their fans in real-time. This new Game Broadcast feature makes sure those broadcasters passionate about games don’t have to pick between broadcasting live and playing a mobile game.

In addition to Game Broadcast for broadcasters to display their mobile games, Live.me is adding compatibility for Open Broadcaster Software (OBS) to allow people to broadcast their desktop games

The feature should be rolling out and making its way to users this week. Live.me is competing with rivals such as Mobcrush.