Microsoft unveiled its specifications for its Project Scorpio game console today, revealing details that show the console will hit its original target of 6 teraflops of performance.

Microsoft hasn’t revealed many of the other details yet, such as the user interface, the virtual reality capabilities, and the all-important games. More of that will come over time. But the hardware specifications show where the gaming machine will be positioned relative to high-end gamer PCs, Sony’s PlayStation 4 and PS4 Pro, and the Nintendo Switch.

While Microsoft did a great job showing how the console will be powerful and compatible with the Xbox One at the same time, it may face a bigger question about whether consumers perceive this machine as a new console generation or an extension of the old one. That, of course, determines whether they will be happy with their old machines or they will buy the new one.

We asked longtime game industry analysts for their reaction on the announcement, whether they consider this to be a new console or an upraded one and how Microsoft fits in the competition with Sony and Nintendo.

It’s definitely a mid-cycle update, but keeping up with increasing 4K TV adoption. I think the clock speed and graphics set them up to allow VR to work, am not sure if there is an Oculus or Vive announcement coming. If it’s sub $400, they are competitive, but if it’s materially higher ($500 or more), they will have an uphill battle. Neither Sony nor Microsoft is competing with Nintendo. Switch is a great handheld, not competitive as a console.

David Cole, analyst at DFC Intelligence, was skeptical of the overall approach:

Nothing changes in our opinion. Microsoft has gone away from their original plan to broaden the audience. They now seem to be targeting a niche that is loyal to Xbox AND wants the latest high performing hardware. Great specs are fine but the PC market has shown that it often limits the installed base for software.

Who is going to want to develop to take advantage of those specs given the limited installed base? DFC’s latest report on upcoming games showed more developers were only publishing PS4/PC versions of their games and dropping the Xbox One version. Scorpio doesn’t really change that. I think consumers will be confused about whether this is a new console or not, and I doubt Microsoft will help with that message. I think they are looking to have it both ways so it can be whatever people perceive. That perception issue did not work out well for Nintendo with the Wii U. It is hard to see where Microsoft fits in versus Sony and Nintendo’s offerings. 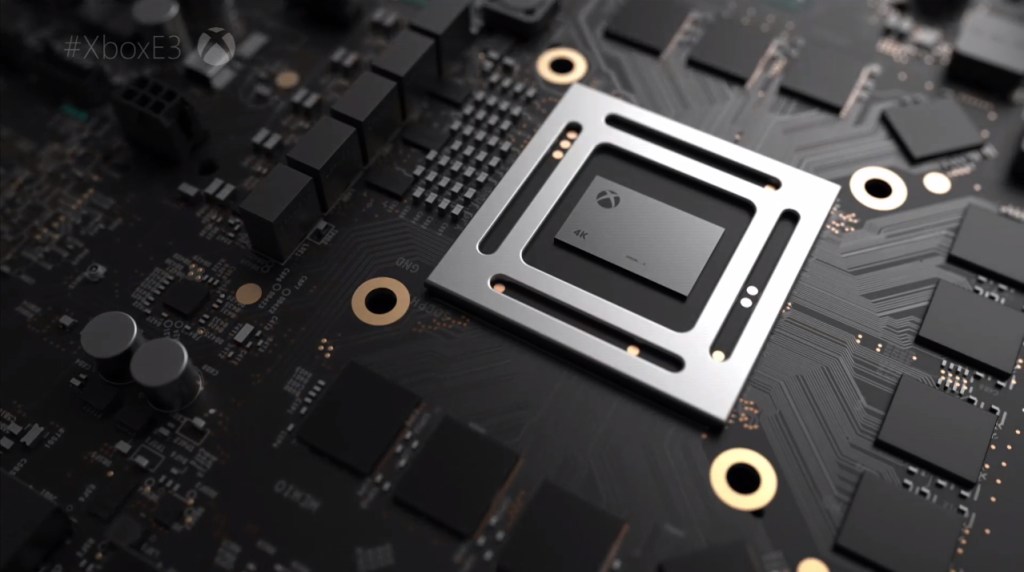 It depends on how you look at it. 6 teraflops is pretty huge amount, which I would consider a new performance level, but it’s a mid-life update for the new console. This is a huge jump for consoles but the highest-end gaming PCs will provide much more performance. But then again, given a consoles has more focused programming closer to the metal, it doesn’t need to provide as much performance. I believe this this will put Microsoft in a very favorable position versus both Sony and Nintendo.

Billy Pidgeon, a longtime game analyst, had this to say:

I believe Project Scorpio is a very significant Xbox update that will extend Microsoft’s current console cycle even further than the S model. The more advanced computing and graphics power and increased memory will allow for enhanced performance that will continue to compete with PC gaming performance as PC games migrate to television and will please 4K TV owners.

With Project Scorpio, Microsoft can put off a next generation console launch that would likely be a major investment for the vendor, for third party publishers and for consumers.  Microsoft is rightly cognizant of a still-tight consumer economy, and this perspective drives the inherent value in Scorpio, ensuring compatibility with all Xbox One games (and should retain Xbox One’s current backward compatibility with specific Xbox 360 games?) as well as price point sensitivity the company has mentioned in recent interviews.

Sony could stick to their current PS4 configuration or could update PS4 to keep pace with or leapfrog Scorpio’s specs in this cycle. Or Sony could be preparing for PS5. Either way, Microsoft can gain competitive leverage this cycle, and perhaps next should Sony reveal PS5 specs.

Nintendo Switch does not truly compete with Microsoft and Sony. Rather, Switch strengthens Nintendo’s already dominant hold on dedicated handheld gaming with the added benefit of bridging the sit back livingroom experience modality of a traditional console.

By avoiding a next generation console launch, both Microsoft and Sony could retain the focus and resources necessary for further developing their respective HoloLens and Playstation VR hardware and software. VR and AR are more crucial at this point for both companies, particularly with a larger group of well-invested competitors than the three current console vendors.