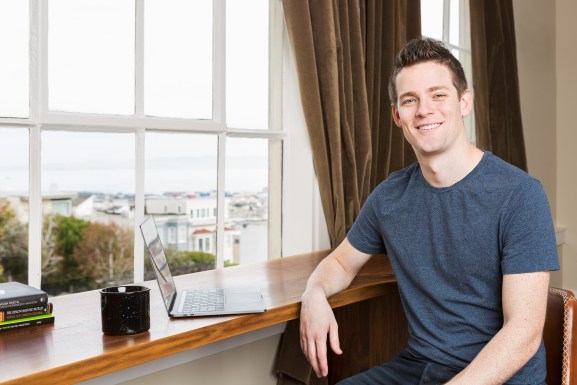 When Stripe began beta testing Atlas in 2016, the service was centered around helping foreign entrepreneurs set up shop in the United States. More than a year later, the payment processing company is opening up access to American-run businesses, offering them the same building blocks to assist them in become global internet entities. Consequentially, entrepreneurs shouldn’t have to worry about applying separately for EIN and bank accounts, hiring a registered Delaware agent or a corporate attorney to manage the formation process, or anything else — Stripe Atlas takes care of all of that with a simple web form.

To date, Stripe said that “thousands of companies” have signed up for Stripe Atlas from across 190 countries, including Cuba.

Along with the program’s expansion, the company is launching additional features, including a forum for founders, how-to guides and legal templates, and an updated dashboard with live timeline tracking and document storage.

“Atlas was initially designed to give entrepreneurs in emerging markets access to the basic building blocks for starting a global internet business,” explained Taylor Francis, Stripe’s program lead, in an email with VentureBeat. “…Atlas has lowered a lot of the barriers that have historically inhibited new companies from scaling beyond their domestic markets.”

“When it comes to the U.S., however, Atlas is providing access to all the ingredients required to create a global internet business in a single place, rather than asking entrepreneurs to jump through hoops that take weeks or months,” he continued. “In a matter of minutes, founders can apply for a bank account online, EIN, incorporated entity, and Stripe account with one simple web form — and Stripe handles the rest.”

Stripe’s original hypothesis was that businesses eager to expand into the U.S. market were often unsure how to go about it, and the company realized that it also had to look domestically, because entrepreneurs in the States face the same dilemma. As to whether Stripe will offer companies outside the U.S. the ability to set up shop in international markets, a company spokesperson confirmed to VentureBeat that there are plans to open more incorporated hubs outside the U.S. Francis said that the company is focused on “making [Atlas] easier for entrepreneurs — both in the U.S. and around the world — to start companies and grow them globally.”

All businesses on Atlas receive the same services and data within the dashboard. But starting today, two new features have been added: real-time timeline tracking and document storage. Francis shared that the former gives businesses immediate insight into where they stand in the overall process, while the new repository will house important signed documents, as well as any templates used post-incorporation. In essence, the dashboard becomes the place from which to manage all business affairs.

Providing set-up tools to entrepreneurs is just one step of the Stripe Atlas process, because the company also aims to provide support and advice from its team and the community. To accomplish this, it’s expanding existing programs, such as a founders forum that was created by long-time entrepreneur Patrick McKenzie, who joined Stripe in 2016. Additionally, the company will produce a series of guides to help businesses get online quickly, the first one entitled “Starting a Real Business,” which discusses incorporation, accounting, taxes, and employment issues.

Accounting, tax, and legal experts have also been consulted to help craft templates that businesses can download and use free of charge.

While Stripe is primarily known as a payment processing service, it’s also expanding its horizons to become a resource for anyone who is interested in starting a business but isn’t quite sure how to make that happen. So the company is partnering with third-party programs, like accelerators, to render aid early on. Stripe has already teamed up with more than 200 partners and today is adding Kickstarter, Indiegogo, and Y Combinator to the mix. It’s worth noting that Stripe is an alumnus of the startup program.

“As key enablers of entrepreneurship themselves, they naturally have a vested interest in helping companies within their portfolios or communities to get started on a solid foundation,” Francis said. “No matter what route a high-potential company may take to market — whether that’s through an Indiegogo or Kickstarter campaign or directly through Stripe — the Atlas partnership network is creating more access points for founders around the world to [enjoy] the same tools and resources as their counterparts in Silicon Valley.”

Updated as of 4:19 p.m. Pacific on Thursday: Updated with confirmation from Stripe that international hubs will be created in the future. Corrected the number of countries that have entrepreneurs enrolled in Atlas.