MindMaze wants to build the next-generation mind-machine interface. And today, it’s taking a step in that direction with the launch of Mask, a technology that can capture your facial expression and translate that to the face of a character in virtual reality.

It’s a surprisingly simple creation, as it consists of eight small sensors attached to a piece of foam that you insert into a virtual reality headset. It detects the electrical signals from your face muscles and then uses software to figure out what kind of face you are making, such as frowning, smiling, or squinting.

Tej Tadi, CEO of MindMaze, which is based in Lausanne, Switzerland, said in an interview with GamesBeat that the company will license the solution — which costs in the tens of dollars — to VR companies that can deploy it sometime this year. The low cost solution is one reason MindMaze was able to raise $100 million in funding in a round by Indian-British conglomerate Hinduja in February.

“We’re capturing facial expressions and predicting what is being expressed,” Tadi said.

Tadi said the company has been working on the “neuro-virtual technology” for sometime, as it started developing VR technologies for healthcare markets first. But Mask is going to be destined for the consumer markets for VR and augmented reality products. 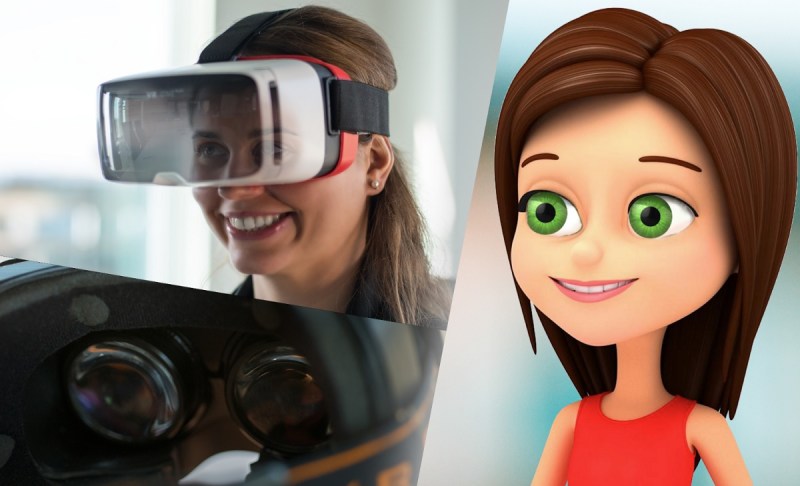 Above: MindMaze can read your emotions in VR.

Those products can make you feel like you are immersed in another world. But the realism breaks down when you try communicating with someone else. With MindMaze, you’ll be able to tell if someone else is smiling or scowling in a multiplayer game. It will “humanize VR, turning a solitary experience into something that can be a lot more social, Tadi said.

“We are making the experience more emotional,” he said. “The Mask represents our significant expansion into the consumer VR market. This is the first time that emotions like smiling, laughter, and anger will appear in VR.”

That’s one of the things that could make VR more mainstream. So far, Tadi said that VR has been held back by a lack of compelling, emotionally moving content that keeps people entertained and engaged beyond initial novelty phases

And the first generation of headsets have been mired in the first-adopter doldrums, with most people only willing to spend between $200 and $400 on a VR headset, according to recent survey findings from Touchstone Research. For the industry to move forward, technological leaps in content that work for console and inexpensive smartphone VR experiences are critical, Tadi said.

From what I can tell, Mask is going to be a step forward. It’s both a hardware and software-based solution that attaches to any console or smartphone VR viewer and translates a gamer or consumer’s physical real-time expressions to any game or app. You don’t have to calibrate it for five minutes. You just put it into the headset and it works, Tadi said.

Mask leverages advanced machine learning and biosignal processing developed initially for the healthcare industry. It decodes real-life facial expressions tens of milliseconds before it appears on a user’s face, and instantly replicates those expressions on the VR avatar. That could make massively multiplayer online games, like a VR version of World of Warcraft, a lot more fun for players.

For mainstream adoption, social VR needs to synchronize what your body is doing in real life with what your character, or avatar, is doing in VR. Mask automatically does that. And if you can mimic the actual emotion of a gamer, you can heighten the sense of excitement and tension in competitive matches. 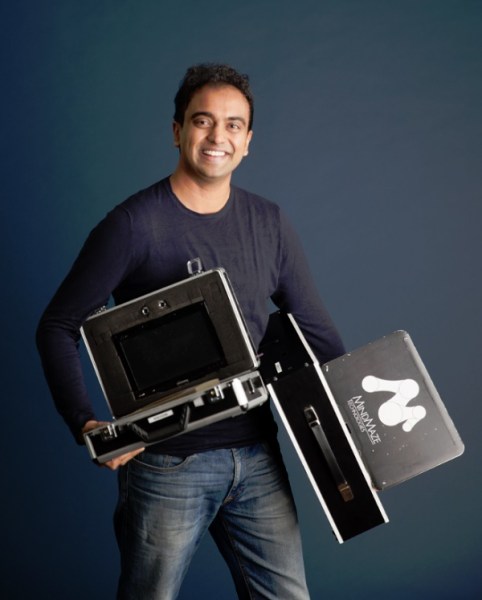 MindMaze will eventually make an applications programming interface that makes it easy for game companies to create games that make use of the facial expressions in a VR experience.

“Come holiday season, it should be readily available,” Tadi said. “We are talking to everyone. The cost of goods is tens of dollars, and the sensors are less than a dollar. It should be very cost-effective in the end products of our customers.”

You can think of the face as “the gateway to the brain,” and that is what MindMaze has been studying for years, he said.

Tadi founded the company in 2012. The company has 75 employees, and it includes 20 neuroscience experts who have developed dozens of patents. Back in 2015, MindMaze launched its own VR headset for healthcare.

“If we don’t make it human enough in VR, the engagement isn’t going to come,” Tadi said. 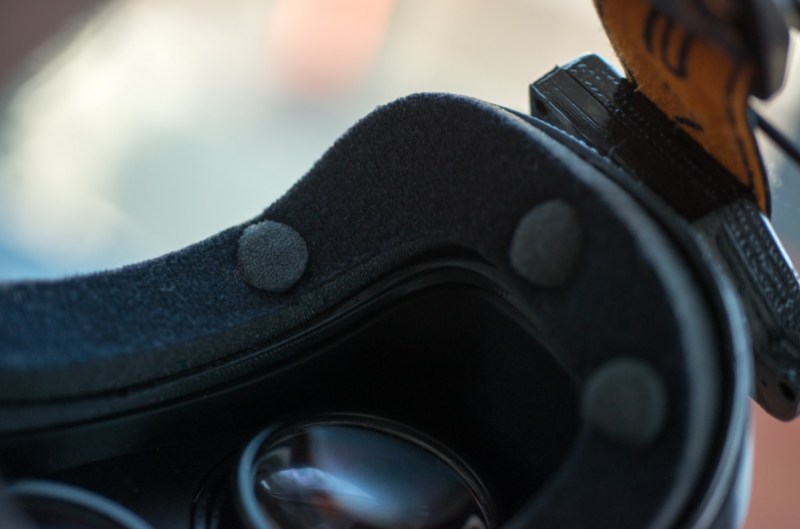 Above: MindMaze has eight sensors around the edges of a foam insert to detect your facial expression.

In healthcare, MindMaze has developed a suite of rehabilitative neuro technologies and partnered with hospitals such as UCSF Medical Center, Stanford Stroke Center, Royal Buckinghamshire Hospital, and Geneva University Hospital to rehabilitate stroke victims and amputees.

The challenge of capturing faces of consumers is harder, as it has to be done with cheaper technology. And you have to distinguish expressions such as a wink, or a big smile or a small smile or a smirk. Right now, the tech can recognize 10 distinct expressions, and MindMaze is working on dozens of others.