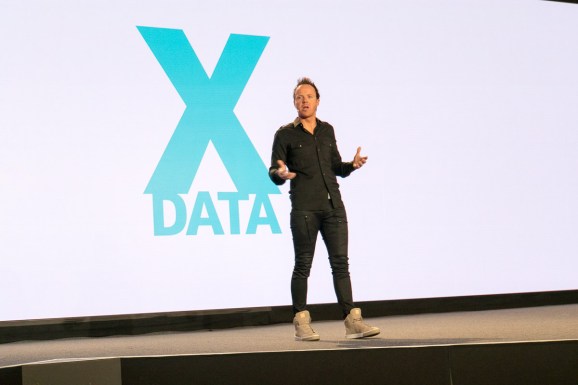 Qualtrics, a company that provides software to survey employees, markets, and customers, announced today that it has secured $180 million in funding. Existing investors Insight Venture Partners and Accel both led the round, with participation from Sequoia Capital.

Qualtrics founder and CEO Ryan Smith believes there is a gap between what organizations think they are delivering and what customers say they are getting. He calls this the “experience gap.”

“There are two types of data,” he wrote in an email to VentureBeat. “Organizational or O-data and experience or X-data. O-data is what most organizations have in abundance — things like sales data, finance data, and other records of tangible activities. X-data on the other hand is the human factor data — the beliefs, emotions, and sentiments that help you understand the ‘why’ behind the ‘what.’”

Founded in 2002, Qualtrics claims to have more than 8,500 customers, including Allianz, CBS, Comcast, Microsoft, and Procter & Gamble. Smith declined to comment on pricing. Other players in the surveying business include GetFeedback and SurveyMonkey.

Qualtrics has raised a total of $400 million to date, with a pre-money valuation of $2.5 billion. It will use the new money for a variety of purposes, “including putting some cash on the balance sheet to give us flexibility for future investments, including potential acquisitions as well as some liquidity for early employees,” Smith wrote.

The company also announced that Atlassian chief financial officer Murray Demo has joined the board and become chair of the audit committee.

Smith would not comment on rumors about Qualtrics filing for an initial public offering (IPO) in the future, but CB Insights did list Qualtrics as a likely IPO candidate for 2017.

Based in Provo, Utah, Qualtrics has more than 1,300 employees across its 10 offices, which include Dublin; London; Munich; Sydney; Seattle; Dallas; and Washington, D.C.