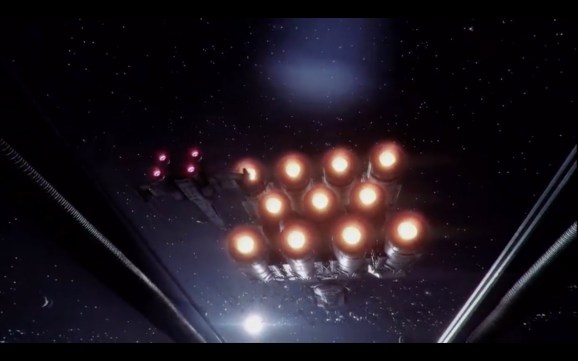 Electronic Arts hasn’t confirmed whether Star Wars: Battlefront II will have a virtual reality mission, but the team that made the first game’s VR companion experience is working on the sequel.

Criterion Games, the studio best known for the Burnout arcade-style racers, is working on the vehicle elements of Battlefront II, which publisher EA revealed as part of the Star Wars Celebration fan event over the weekend. But Alex Mole, Criterion tech director, says the team is also working on “something awesome” for the Star Wars shooter from developer DICE. Since EA has already revealed Criterion is working on the combat for land and air vessels, it seems like Mole’s tease is potentially referring to something else, and if that’s VR — it’s possible EA will roll the content out to the PC’s virtual reality headsets instead of just PlayStation VR.

@fgandiya @sehurlburt @Wertle @CriterionGames Our most recent release was the VR mission for Star Wars Battlefront. Next up is something awesome in Battlefront II

Criterion built the Battlefront Rogue One X-Wing VR Mission for the original game as a piece of downloadable content on PlayStation 4. Sony worked with EA to produce this DLC exclusively for the PlayStation VR headset on PlayStation 4, and the companies released it for free for anyone who already owned Star Wars: Battlefront on the PS4 system. Of course, the only way to enjoy that content is if you also purchased the $500 PSVR system.

Despite Sony and EA positioning the VR mission as a promotional level for the Sony headset, many fans widely consider the X-Wing Mission one of the best experiences for PSVR. And the community of fans that invested in that head-mounted display would likely welcome Criterion’s return to Battlefront II if it means more VR content from that studio.

Whatever Criterion is working on, the studio is growing. Mole notes that it has around 90 employees, and the company is hiring to help its current and future projects.