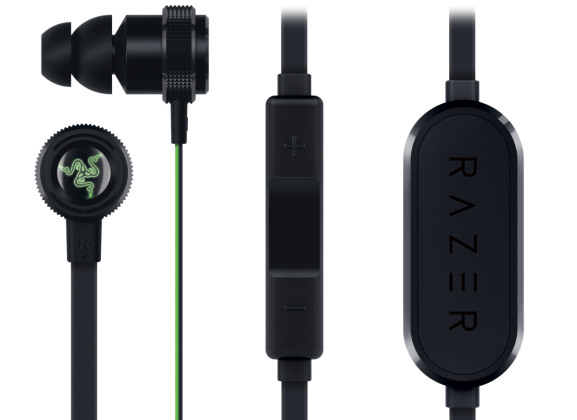 Headphone jacks aren’t extinct yet, but Razer is giving you every reason to leave them in the past.

Razer is launching new versions of its Hammerhead V2 in-ear gaming headset that support the iOS Lightning port and the Bluetooth wireless standard. With nearly every new computing device (short of the Nintendo Switch) coming with a Bluetooth connection, these variations of the Hammerhead V2 ensure that Razer is continuing to offer audio solutions for everyone with any one of a number of its headsets. Both new models of the Hammerhead V2 are $100, and they are launching before the end of the month.

The Hammerhead BT has both earpieces connected to a battery pack, but other than that it is wireless. It uses the Bluetooth 4.1 standard along with Qualcomm’s aptX codec to ensure high-quality audio at a low latency. On the battery pack, you will also find an in-line remote to play, pause, and answer calls. Razer is promising eight hours of battery life with the Hammerhead BT.

The Hammerhead for iOS, meanwhile, uses Razers own digital-to-analog converter (DAC) to deliver finely tuned audio across Apple’s Lightning port. Razer is also launching an iOS app for the headset that will enable you to customize the playback experience.

In a canned statement, Razer chief executive Min-Liang Tan said that his engineers designed these new Hammerhead V2 variations specifically to increase mobility and to give iOS users an option, but the Bluetooth spinoff will still work with PCs and laptops that support that wireless standard. This could provide an all-in-one headset for road warriors who want a small headset like the Hammerhead for listening to music, answering calls, and playing games.