Brands are often the road to success in mobile games, and Jam City knows that. The Los Angeles mobile game company is revealing its newest bubble shooter game Snoopy Pop, based on the Peanuts brand.

That’s a pretty powerful brand, but Los Angeles-based Jam City has grown pretty big, with more than 50 million players a month and more than 500 employees working on mobile titles like Cookie Jam, Panda Pop, and Family Guy: The Quest for Stuff.

Fans can now pre-register for Snoopy Pop, a bubble shooter game starring the beloved Peanuts characters and Snoopy alter-egos from the classic comic by Charles M. Schulz. Fans can now sign up to be notified when the new game launches and receive a Snoopy-licious in-game gift. Pre-registration for the Google Play version is here and the iOS version is here. 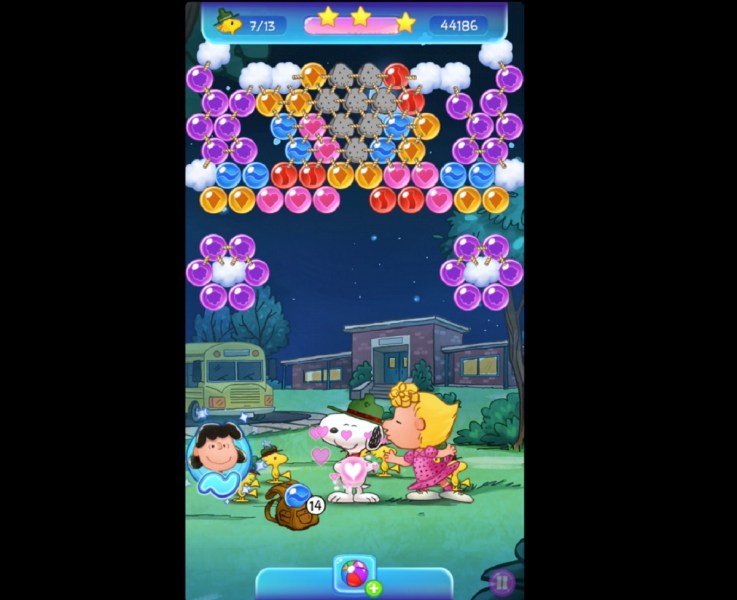 Chris DeWolfe, CEO of Jam City, said the game was created in close partnership with the artists, animators, and storytellers at Peanuts Worldwide. The free-to-play game is expected to officially launch in early summer 2017.

“Jam City has had the number one bubble-popping games in the world,” he said. “This is going to be a bigger and better game than anything that’s ever been done in bubble-popping. It has the Snoopy intellectual property associated with it, which has been tested with bubble-popping audiences. They absolutely love it. All the Snoopy characters are used. It appeals to a wide demographic. There’s a huge nostalgia factor to that game. Combined with the awesome game mechanics and how we interpret bubble-popping and power-ups, we think it’s going to be the biggest bubble-popping game ever. At least it could be as big as Panda Pop.”

“About half of our games, moving forward, will use third-party IP,” DeWolfe said. 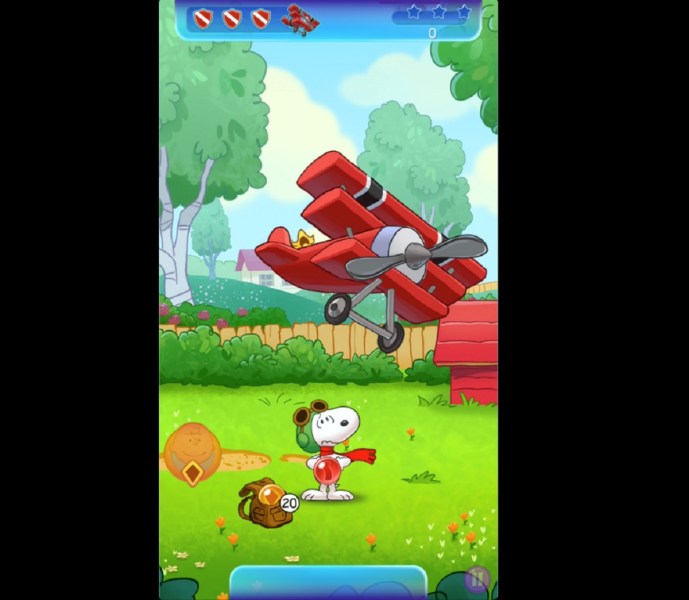 Snoopy Pop gameplay features include a variety of puzzles, lots of levels, characters, worlds, and events. It has collections of character game pieces, boosters, and unique-character power-ups, like Charlie Brown’s kite. You can play different game modes as Snoopy’s alter egos such as The Flying Ace and Masked Marvel. The events are based on classic storylines and holiday specials. And the original music is licensed from Peanuts holiday specials.

“Working with partners who truly understand the heart of the brand and characters is paramount to Peanuts Worldwide,” said Roz Nowicki, executive vice president of Peanuts Worldwide and Iconix Entertainment, in a statement. “Jam City has demonstrated great care and skill in helping bring Snoopy, Woodstock, Charlie Brown, Lucy, and the entire Peanuts gang to a new generation of audiences. We are thrilled that people around the world who love Peanuts will be able to have so much fun playing Snoopy Pop.”

The Peanuts characters and related intellectual property are owned by Peanuts Worldwide, a joint venture owned 80 percent by Iconix Brand Group and 20 percent by members of the Charles M. Schulz family.