The first-ever Call of Duty World League Global Pro League starts on Friday as pro esports players face off in the first-person shooter multiplayer game for $1.4 million in prizes.

Over the next 10 weeks, the top 16 Call of Duty professional teams from around the globe will battle each other in two stages of competition, each offering $700,000 in prize purses.

Placements in the Global Pro League will dictate seeding in the grand finale of the Call of Duty year, the Call of Duty World League Championship, where another $1.5 million will be on the line, bringing the total CWL prizes to $4 million for the year.

Through the next five weekends, 16 professional teams will descend on the MLG Arena in Columbus, Ohio, for the Stage 1 competitions. In addition to the $700,000 payout, the teams will be competing for seeding heading into the Stage 2 contests starting in June in Columbus. The 16 teams hail from North America, Europe and the Asia-Pacific region. 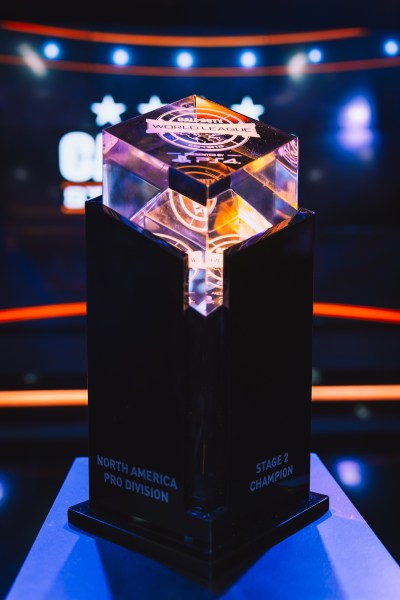 “The competition across the CWL this year has been incredible,” said Rob Kostich, executive vice president and general manager of Call of Duty at Activision, in a statement. “The Global Pro League is bringing together the top teams to battle head-to-head not only for some serious prize money at each stage, but also to claim their spot for biggest competition of the year, the CWL Champs. The stakes only go up from here.”

The groups and schedule for Stage 1 contests:

The teams secured their spot for the Stage 1 Global Pro League by earning CWL Pro Points through months of competition. Featuring group play, the Stage 1 action will unfold over the next five weekends as teams compete in double round-robin competition and look to continue the action into Stage 2 competition starting June 29.

The top two teams from each group move on to the playoffs and automatically qualify for Stage 2 of the Global Pro league. The bottom team in each across the group will need to battle their way back into Stage 2 through relegation matches.

Both Stages of the Global Pro League lead up to the biggest Call of Duty World League tournament of the year, the 2017 CWL Championship. The 32 best teams worldwide will qualify to compete in pool play, with the top half advancing into the Championship double-elimination bracket for their share of $1.5 million event prize pool.

For those interested in attending the five weekends of exciting Call of Duty esports competition in Columbus, tickets are on sale now at mlg.tv. Fans can also catch all of the matches streamed live via Infinite Warfare PS4 through the in-game viewer and mlg.tv/callofduty. Sony’s PlayStation 4 console is the official partner with MLG.