Oculus chief scientist Michael Abrash believes that we may soon see the proliferation of augmented reality glasses, describing them as possibly “one of the great transformational technologies of the next 50 years.” But he doesn’t think that a copy of Google Glass is going to cut it, and he believes AR glasses must be see-through, stylish, and socially acceptable, among other things.

At this year’s F8 developer conference, Facebook revealed the next phase of its push into augmented reality, introducing its camera effects platform in closed beta. This platform lets anyone create their own Snapchat-like masks and display contextual information inside images. It’s powered through Facebook’s camera app, and company chief executive Mark Zuckerberg described it as the “first augmented reality platform.”

While Zuckerberg and chief technology officer Mike Schroepfer touted the benefits of Facebook’s newest platform, Abrash sought to impart wisdom about the potential of AR. Efforts to make the technology more convenient include bringing AR into smartphones, using a camera you’re going to have on you practically at all times. Abrash further suggested that in the long-term, an AR-enabled wearable will become available outside of the phone. 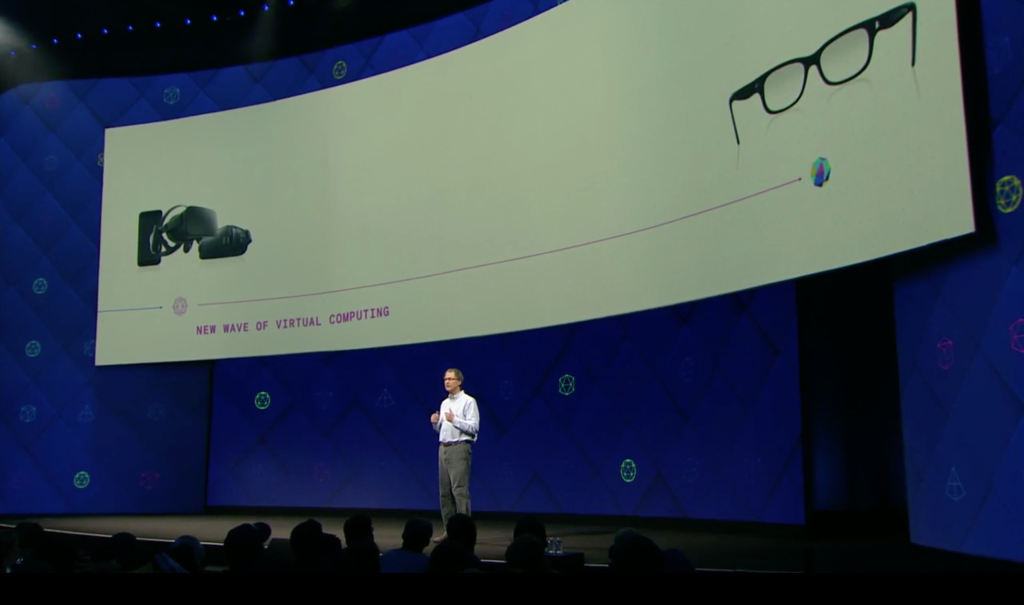 “Twenty or thirty years from now, I predict that instead of carrying stylish smartphones everywhere, we’ll be wearing stylish glasses,” he said during his F8 keynote address. “Those glasses will offer virtual reality, AR, and everything in-between, and we will wear them all day and use them in almost all aspects of our lives. The distinction between AR and VR will vanish. The real and virtual world will mix and match throughout the day, according to our needs.”

When it comes to VR, the current norm is a headset like that for the Oculus Rift or Samsung Gear VR. But for AR and mixed reality, “few people are absolutely comfortable socializing in-person with someone whose eyes they can’t see. And social acceptability is an absolute requirement for wearing it in public,” Abrash declared. Having see-through AR glasses is part of the journey to achieving what he described as “full AR,” which is augmentation that enhances the vision and hearing of the wearer seamlessly to make them smarter and more capable, while also being “light, comfortable, stylish, power efficient, and socially acceptable enough to accompany you everywhere you go.”

Even if he didn’t mention Google by name, it’s evident that Abrash was referencing Google Glass and its earlier reception.

Some of the use cases he alluded to around AR glasses include being able to see in low light, communicating with people in other parts of the world, enhanced vision, quick word translation, information about the food you’re eating, the ability to mute random noises in the background or run a diagnostic test on someone, and even a prompt when you run into someone whose name you can’t remember. 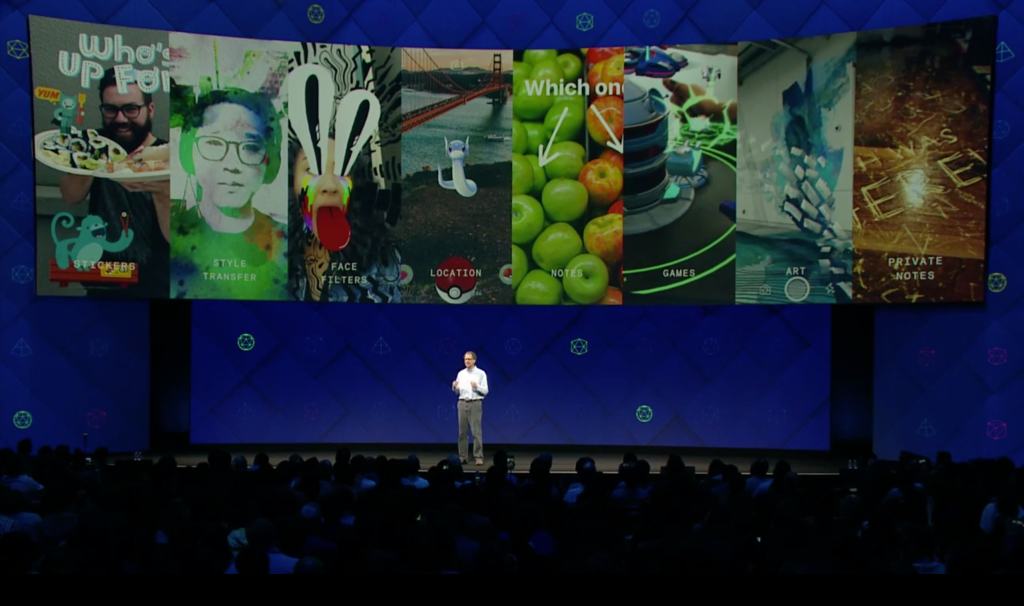 Abrash’s speech seemed designed to cast AR in a new light, perhaps playing off what Snapchat and Facebook are doing. He likely hoped to inspire developers to think more creatively and strategically, rather than simply churning out more useless bots and the like.

Abrash’s talk may have also been aimed at clearing up confusion for developers and giving them a sense of the bigger picture. The Information reports (subscription required) that Facebook’s engineering director, Ficus Kirkpatrick, was repeatedly asked by developers why they should care about the camera effects platform, revealing confusion about its usefulness.

This talk comes a year after the Oculus chief scientist also spoke on stage about why people will care about virtual reality, in another TED-like talk about the new frontier.

While these words of wisdom are inspiring, they’re also part of an effort to get developers to throw their support behind what Facebook is doing. Abrash said that “unless AR glasses made for broad consumers are literally impossible, which I doubt, they will become a reality in the not too distant future,” though he suggested it could be at least five years before AR has its Macintosh moment. 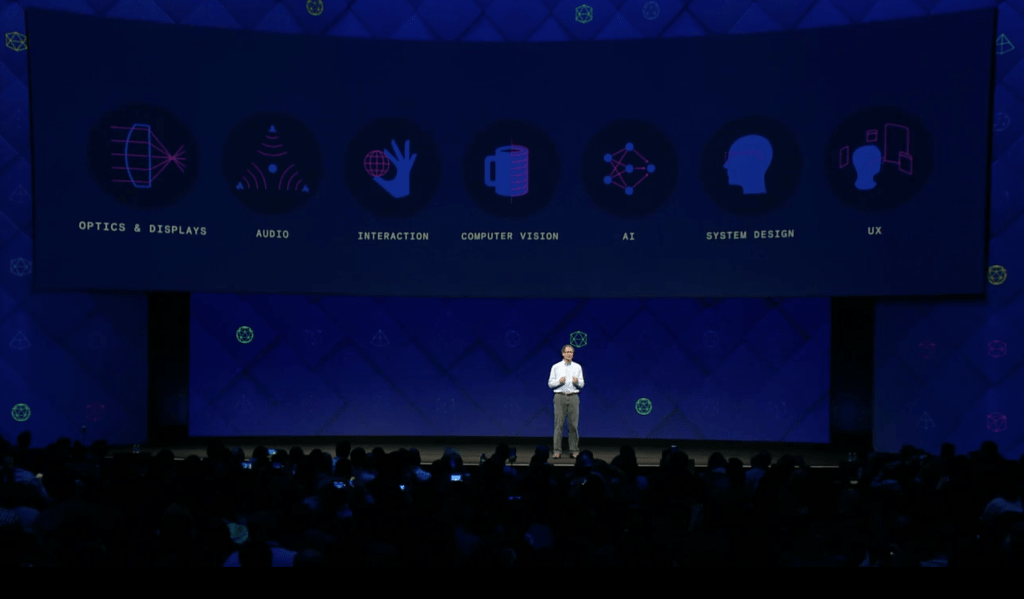 But in order to have AR glasses become as ubiquitous as smartphones, full AR is needed, and the devices cannot be for “occasional or special case” usage. “It’s the always-on helper, continually aware of your surroundings, your context and your history, constantly mixing the real and virtual worlds to serve your needs to keep you connected,” Abrash said.

Much more work is needed, including in the areas of optics and displays, audio, interaction, computer vision, artificial intelligence, system design, and user experience. It’s possible that as Facebook gets more involved with the technology, acquisition of startups working in these areas might become a focus.

“The tipping point will come with full, always-on, go everywhere audio/visual AR glasses, and that will certainly take five years, although it could take 10 years,” Abrash said.