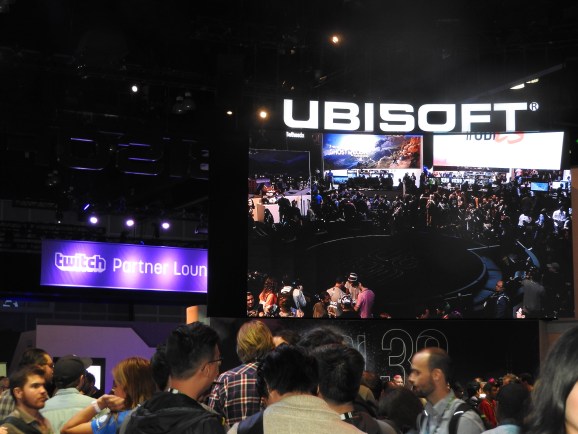 Ubisoft will bring a little magic to China later this year.

The French publisher’s mobile game Might & Magic Heroes: Era of Chaos will be releasing in China in June for both iOS and Android. China makes up a more than half of the $91 billion global-gaming market, and this Might & Magic was developed exclusively for the region.

Ubisoft is working with Tencent, the largest public company in terms of gaming revenue, according to Newzoo. Development of this strategy card game entry in the 22-year-old series is being handled by Playcrab.

“We couldn’t have dreamed of better partners than PlayCrab and Tencent to bring the saga of Might and Magic Heroes to mobile players and to the Chinese market. Tencent is a world-leader and a hit maker when it comes to mobile games in China, and this deal shows that they are confident our rich portfolio of brands can appeal to Chinese players,” said Jean-Michel Detoc, executive director, Ubisoft mobile in a press release. “This is a significant step forward in our mobile strategy, working hand in hand with Chinese developers and publishers to create games based on our existing franchises that are tailored to Chinese players and can tap into the market’s enormous potential.

Might and Magic isn’t Ubisoft’s first toe into China’s gaming waters with Ourpalm — Playcrab’s parent company — either. The two companies worked together on Hungry Shark World‘s Chinese release, as well.

“We’re proud to have developed, in collaboration with Ubisoft, the very first mobile installment of the Might and Magic Heroes series,” said Kevin Ye, CEO, Playcrab, in a press release. “We believe this addition to the franchise is a great fit for the booming mobile game market here in China. By bringing the franchise to mobile, we offer both fans and newcomers alike an experience they can enjoy at their own pace, anywhere and at any time.”