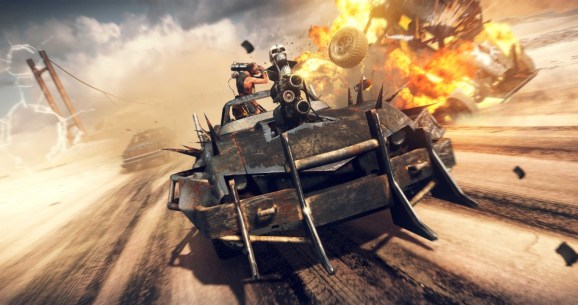 Everything that is happening on this screen is amazing. Why aren't you playing this right now?

The studio behind Just Cause has grappled itself a big investment.

Avalanche Studios announced today that it has received $10 million from Nordisk Film, the Nordic entertainment company that operates the largest movie chain in Denmark and Norway. The investment makes Nordisk a minority owner of the developer. Avalanche said it plans for the funds to “accelerate its growth in the international gaming market.”

“It’s great to have Nordisk Film on board as partner”, said Pim Holfve, chief executive officer of Avalanche Studios, said in a press release sent to GamesBeat. “With a solid background from a range of creative industries, they understand our business well and have a matching company culture. This investment allows us to further accelerate toward our goal of developing and self-publishing more high quality games.”

Avalanche has offices in Stockholm and New York City. Gamers best know the developer for its open world titles, including the Just Cause series and Mad Max. It also created the the hunting simulation game TheHunter: Call of the Wild and the top-down shooter Renegade Ops. We do not know the studio’s next project.

“We are investing heavily in gaming and look forward to working with Avalanche Studios on bringing the company to the next level,” Hansen said in the press release. “Gaming fits our profile very well.”