Many game companies open up an office space, get a development team together to work in that office, grind away for a couple of years to create a new intellectual property (IP), then put the product up for sale through retail outlets and digital-distribution sites, such as Steam. Hopefully, profit follows, so they can do it all over again.

Nightdive Studios, on the other hand, took a drastically different path, and its website reveals that core mission: “Bringing lost and forgotten gaming treasures back from the depths…”

By acquiring the rights to already-released games, updating them to work on contemporary platforms, and offering the revamped games through direct-distribution outlets, Nightdive can avoid having to lease office space, and it doesn’t need to employ dozens of local employees to facilitate the work. The development company operates a virtual office environment, which means the people involved in updating and coding the games don’t need to move from their respective countries, or even their homes. All of that contributes to Nightdive’s profits, which the studio uses to, indeed, do it all over again…and again…and again.

Nightdive was founded in late 2012 by Stephen Kick, now Nightdive’s CEO. Back then, Kick was a character artist with Sony Online Entertainment, but was getting a little tired of making games for others. He decided to embark on a world trip to find new inspiration, and, like many travelers, he brought some games with him — in this case, some classics from his youth. 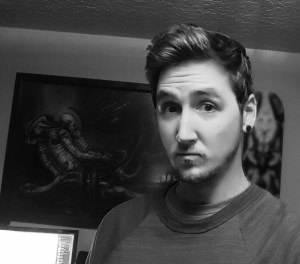 “One night, I was playing — or attempting to play — System Shock 2, and I couldn’t get the game running,” Kick explains. “I went online, attempted to purchase the game (on GOG.com), and I discovered there was no legal way to commercially buy the product. So, I did some digging, and discovered that the IP had been transferred to an insurance company after Looking Glass Studios had gone out of business. I approached [the insurance company] about digitally re-releasing the game on GOG, Steam, and other digital platforms, and that was pretty much the birth of Nightdive Studios.”

Kick says the success with the System Shock 2 re-release was the first step for the newborn company, but it quickly led to “finding other games that were lost to time,” and following the same procedure to bring them back to market. As the classic song goes, “Everything old is new again,” and Nightdive is proving that to be quite true with its retro games. The studio has over 100 products in its catalog — available on Steam, GOG, and Humble Bundle’s Humble Store — including, The 7th Guest, Shadow Man, Space Rogue, and the Wizardry series.

“Our inspiration really lies in all the games that we grew up with and that we remember fondly,” Kick says, “and our desire to replay those games, preserve them for future generations to enjoy, and just to continue, I guess, the stewardship of making sure these games are available for everybody to play again.”

Out of the fog

In March 2017, Nightdive brought out its latest release: Turok 2: Seeds of Evil. This first-person shooter debuted in 1998 on the Nintendo 64 console, courtesy of Acclaim Entertainment, and ported to Windows a year later. Nightdive has already released its Turok 2 update on PC, and is also working on a port to the Xbox One console. 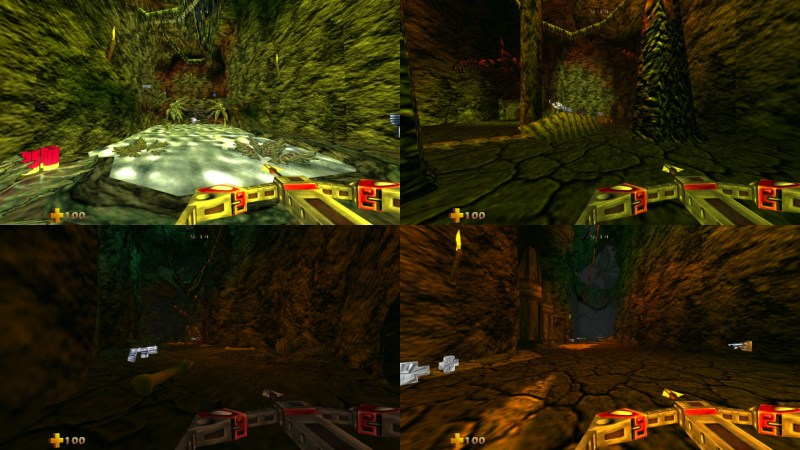 Above: Split-screen multiplayer action in Turok 2

One of the features Nightdive has included is for Turok 2 to be playable on almost any PC. That enables players on a wide variety of systems to still be able to enjoy a stable game with high visual fidelity.

“It’s interesting…we worked in cooperation with Intel, using their toolsets; Intel provides a variety of different software tools to optimize your game performance,” says Larry Kuperman, Nightdive’s director of business development. “One of the things we found with the Intel set, we were able to make sure that [Turok 2] would play on the widest spectrum of computers available, so that if you wanted to fire up Turok on your laptop on the way home, it would play smoothly.”

Another change Kuperman points out has to do with the game’s viewing distance. Because of the constraints of the processors in the late ’90s, the original game-developers used fog to limit the distance the player could see ahead, which enabled them to provide highly detailed graphics at a relatively short distance. However, nearly 20 years on, with the increase of CPU power and video cards, distance-limiting fog wasn’t needed. 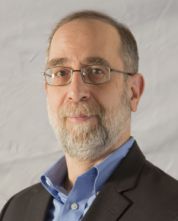 “We were able to roll back the fog, and give the game a whole new visual treatment,” Kuperman explains. “These are not games that are intended to compete with the highest-end, highest-requirement games out there, but, visually, they’re certainly appealing.”

Another Nightdive development team is working on a reboot of System Shock. Nightdive has managed to acquire full rights to the game, so the studio is rebuilding it from the ground up using the Unreal Engine.

“The ultimate goal for us acquiring the license,” Kick says, “is to be able to reintroduce the franchise to the current generation of gamers. That really kicked off around the end of June [2016], when we launched our Kickstarter. We were able to raise 150% of our goal for a total of $1.35 million in order to faithfully reboot the first game in the series.”

Nightdive’s virtual office environment means that the studio has people all around the world working on projects. As Kick explains, this means that development happens on pretty much a 24/7 basis, with tools (such as GitHub, JIRA, and Slack) enabling collaboration and communication across the team. Software enables managers to track each person’s contribution to make sure everyone is generating what they need to for the project. Kick bemoans some of the tradeoffs — such as the lack of in-office socializing and camaraderie — but Kuperman counters that the distributed office means there are no complaints that a co-worker cracks his knuckles or plays her music too loudly.

Kuperman feels that this is a great time to be in game development, with changes to the creation process enabling end-to-end benefits. With crowdfunding platforms, such as Kickstarter and Fig, it’s easier for a studio to work on a project without needing to make a deal (and share future revenue) with a publisher. Game engines, such as Unity and Unreal, are incredibly powerful, but also free to use until you start selling the product you’ve created. And there are a bunch of digital-sales platforms on which to retail a product, so a developer can self-publish quite easily. Even if the developer opts to work with a publisher to bring a product to market, Kuperman says there are still benefits from those tools.

“A developer can be relatively self-sufficient and come to the publisher, saying ‘Look at what I’ve produced so far. Is this something that you’d be interested in?’ So you have all those things out there — you have a very robust ecosystem for games development now.”