If you installed AMD’s new Radeon software earlier this week, you probably noticed a new icon on your Windows desktop. But AMD is backing off this practice. 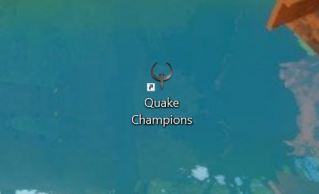 Above: Hey there, little guy!

AMD launched the latest version of its Crimson ReLive Edition software, which features support for Warhammer 40,000: Dawn of War III and a 7 percent increase in performance for the new RX 580 GPU. But this update also added a web shortcut icon to your desktop that took you to the signup page for publisher Bethesda’s ongoing Quake Champions beta test. The icon popped up with no obvious warning or way to opt-out from AMD, and the link even went through the Bit.ly URL-shortening service that at first obscured the final destination and the referral ID.

But now AMD has updated its patch to remove the auto-installed shortcut.

“We’re very excited to be working with Bethesda and we wanted to make it easy for Radeon users to sign up for the Quake Champions beta program,” an AMD spokersperson said in a statement to GamesBeat. “Our installer placed a shortcut on gamers’ desktops – we’ve updated our 17.4.4 release and this shortcut install has been removed. We apologize if this has caused any inconvenience for anyone.”

It is worth noting that Bethesda and id have an existing relationship with AMD’s Radeon brand. For example, AMD is giving anyone who buys its Radeon RX 480 video card a free copy of Doom. Now, it looks like the companies have partnered up in an effort to pair together Quake Champions with AMD GPUs.

And that partnership does make a lot of sense because both AMD and Id are pursuing similar advancements in graphics technology. Doom was one of the first triple-A games to get an update to support the Vulkan graphics library, which is the tech that acts as the backbone of most modern 3D games. Vulkan is the followup to the OpenGL library and an alternative to Microsoft’s DirectX. But because of the way AMD designs its cards, Vulkan-based games get a significant boost on Radeon chips as opposed to the minor bump (or occasional performance reduction) on Nvidia’s GeForce lineup.