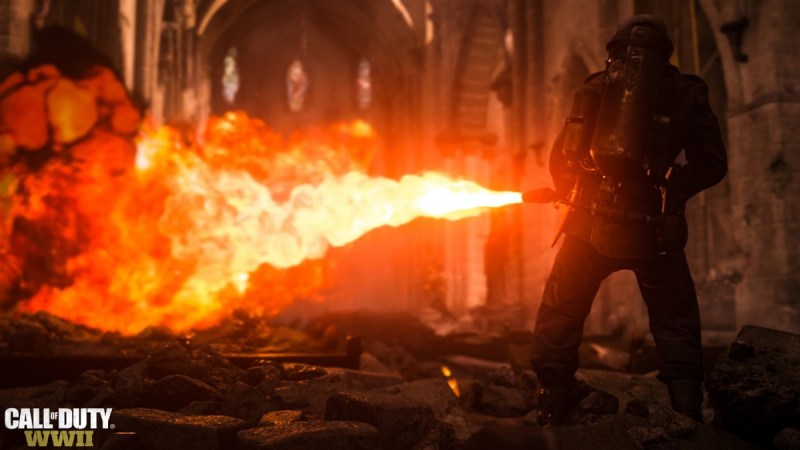 GamesBeat: There are a couple of guys in the Bay Area that have collections of tanks, right?

Swenson: Right. One of them is a buddy of mine. I became friends with him about eight years ago. Those tanks we were driving are all his. He has this location about two and a half hours from here, so we’d drive down and be able to drive his tanks all over his property and get all the recordings. It’s not just the tanks driving. We’ll even go down and just get the sounds of people moving around inside them, all the sounds of the shells when they eject and land on the ground, how that reverberates inside the body of the tank. We record all that in the actual tanks instead of having to fake it. We try to get all the real stuff.

My favorite things to record are planes, though. I really enjoy that. But again, with WWII, they’re tricky to get. You have to find them in operation. It’s not often that you get people to fly a WWII bomber over your head. I was reading the paper and saw that several WWII bombers were going to be in the area, landing and taking off at a local airport about half an hour away from here.

I checked with the airport, and the FAA won’t allow people on the runway. I had to figure out another place to stand to record the planes. I was looking on Google Maps and saw that there was a golf course at the end of the runway. I went and bought a round of golf and stuck my—I’ve got a picture of this. I put my recorder in my golf bag, strapped it to the cart, and drove out. It was the third hole, right on the end of the runway. I played the third hole all day long. Sure enough, these big WWII bombers flew over all day long and I was able to get some great recordings. It was probably half a dozen different types of aircraft that would fly by.

We did the same thing with—up in Reno they have air races, where they race WWII fighter planes, the Mustangs. Again, we went and stood outside the fence line with our mikes and recorded these great sounds of fighter planes. After spending a day out there in the desert recording, now you drop them in the game and it ends up sounding great.

We do everything we can to find the real stuff and get it in the game, by whatever means we can find. They’re few and far between, the chances to find these things running, but when we get them we point recorders at them.