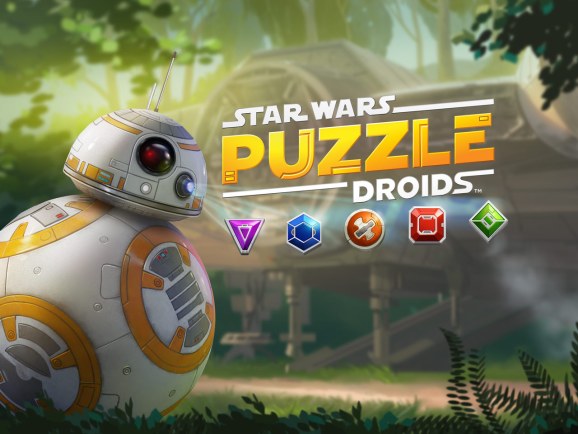 Well, it finally happened. Even Star Wars couldn’t resist the lure of the match-3 puzzle game.

All of those games borrowed ideas from other successful mobile genres, but Puzzle Droid is finally tackling the most aped of them all: the match-3 puzzle game. These exploded into popularity thanks to Candy Crush Saga, which debuted in 2012 and is still the No. 19 ranked iOS game in the U.S., according to App Annie. Disney has definitely focused Star Wars on mobile gaming, with console releases (Iike the shooter Battlefront) coming out at a much slower pace.

These days, almost every recognizable brand seems to have a match-3 game of its own, including Star Trek, Frozen, and WWE.

So, why are we matching three puzzle pieces? Why, we’re tapping into the holographic memory banks of The Force Awaken‘s star droid, BB-8, of course. This unlocks story moments from that film told through his eyes.

“Featuring more than 100 levels, Star Wars: Puzzle Droids lets players match-3 to create combos, clear obstacles and face-off against enemies, and unleash epic power-ups to clear the board,” Disney detailed in a press release sent to GamesBeat. “Missions can be completed to collect memory discs, which may be used to unlock heroic memories to continue the adventures.”