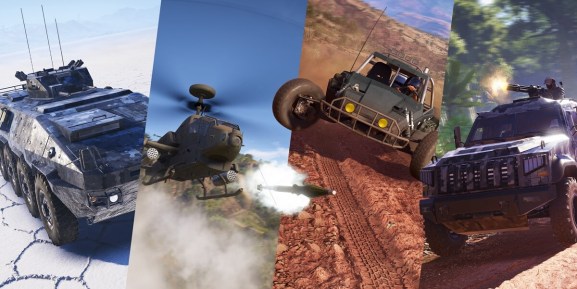 You can ride in lots of vehicles in Ghost Recon Wildlands.

The game industry’s digital revolution is marching along smoothly.

The worldwide digital gaming market grew 7 percent year-over-year in March, according to research firm SuperData. This brought it to a new high of $8 billion. This continues a trend of growth in the digital gaming sector, as more gamers buy software via online stores and make in-game purchases. The mobile segment alone grew 13 percent year-over-year.

SuperData also released a chart of the 10 highest grossing digital games for console, PC, and mobile. 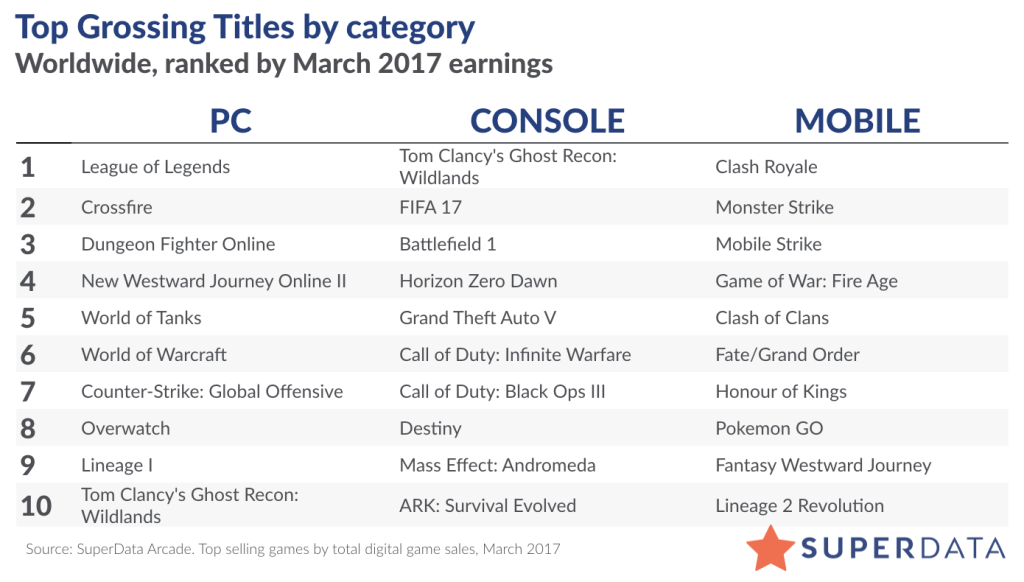 League of Legends (PC) and Clash Royale (iOS and Android) continue to dominate their platforms. Tom Clancy’s Ghost Recon: Wildlands is on the top for consoles after coming out on March 7. That is an excellent start for Ubisoft’s new tactical shooter.

SuperData noted that this is the first month since its launch that Counter-Strike: Global Offensive out-grossed Overwatch on PC. However, Overwatch is also available on PlayStation 4 and Xbox One, while Counter-Strike is a PC exclusive, so it may have still beaten Valve’s shooter overall. Still, it shows that Counter-Strike isn’t ready to give up its spot as competitive gaming’s most popular shooter without a fight.

The research firm also stated that Hearthstone’s mobile revenues doubled in March when compared to February. This was thanks to preorders for the Journey to Un’Goro expansion, which came out in early April.