Zynga is starting to bet big on Instant Games, the instantly playable games on Facebook Messenger and iMessage. And today, the company is launching Words With Friends for Instant Games on Messenger.

The game takes advantage of the newly announced rich gameplay features for Instant Games, which are based on HTML5, the lingua franca for the web. Facebook said last week that people have played 1.5 billion instant games since they were launched three months ago.

“We’re proud to be one of the first gaming companies innovating on the Instant Games platform, delivering an immersive Words With Friends experience on Messenger to word fans everywhere,” said Vaibhav Sahgal, vice president of games for Zynga, in a statement. “As one of the most popular word games in the world, Words With Friends is a daily ritual in millions of people’s lives, connecting them with their friends and family around the globe. We’re excited to partner with Facebook in reimagining Words With Friends for Instant Games on Messenger – bringing its iconic gameplay and rich social experience directly to the places that people are communicating.” 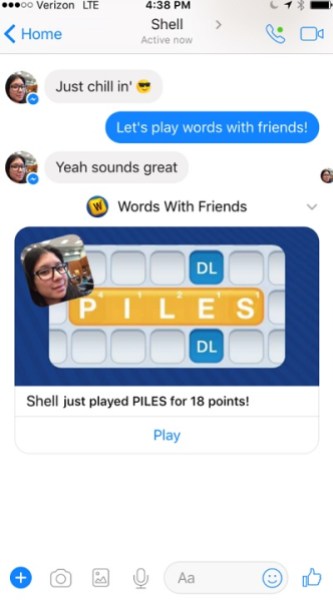 The game is the first-ever turn-based game on Messenger. Players can now have fun right where they are already connecting with friends from around the world.

Now players can make moves directly on Messenger and Facebook, invite connections from their friends list, and play faster than before with a compact game board and fewer tiles. Exclusive to Words With Friends for Instant Games on Messenger is a convenient Games List that allows players to track all of their games in one place, a first for any Words With Friends experience on a messaging platform. 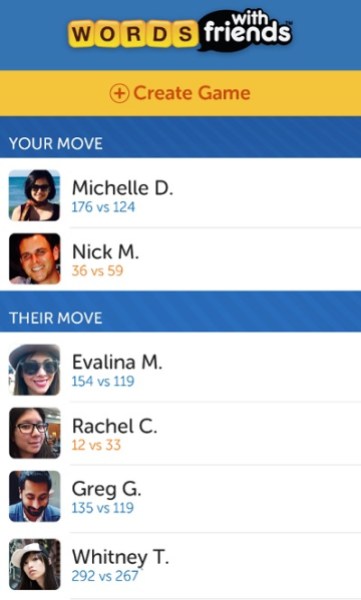 With every turn of Words With Friends, players receive real-time updates with words played and points scored. Leveraging game bots on Messenger, Words With Friends features notifications that seamlessly remind players when to make their next move. And, for the first time ever in Words With Friends, all connections within a Messenger group can watch the gameplay unfold while simultaneously chatting.