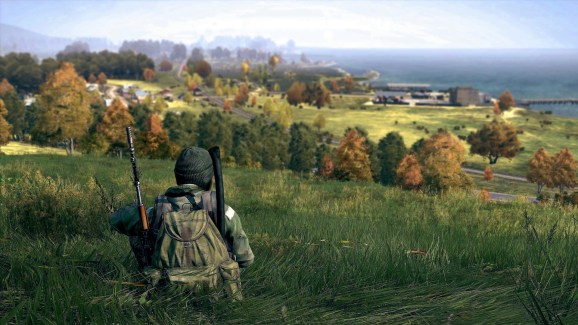 DayZ is still happening, even if updates are slow to roll out.

DayZ is one of the most successful Early Access Steam games ever, and it’s still in an open “alpha” testing stage. But that is going to come to an end soon as developer Bohemia Interactive moves it into a beta phase. But after years of minor updates, DayZ’s time might have already passed.

Bohemia revealed this week that it has a small team working on the 0.62 update for DayZ that is due out soon because most of its staff is working on the 0.63 update that will finally move the online zombie survival sim into a beta state. DayZ debuted as mod for the Arma military shooter in 2013. In 2014, Bohemia worked with the mods creator, Dean Hall, to release a standalone version that sold a million copies in 4 weeks in 2014. But since then, DayZ has withered from a lack of regular updates that address key issues.

“The 0.62 patch was originally planned for delivery on the Experimental branch during the second week of April,” lead producer Eugen Harton wrote in a blog post. “But due to complications and cooperation on engine milestones, it became apparent that we needed to close [the 0.62 and beta updates] sequentially, rather than working on both at once. Remember that only small team is working on 0.62 at the moment, as almost all of us are focusing on BETA/0.63 delivery.”

So what changes can you expect in the beta? Well, Bohemia is dumping a lot of legacy code and systems that are holding the game back. This will manifest primarily in the way your character handles weapons, aiming, and melee combat. The studio also goes over a number of other changes in its lengthy blog post, but all of this is possibly way too little and far too late.

DayZ fans have waited for years for the game to get back on track. Right now, important elements like the zombies don’t interact with the players properly. This has led to a surge in negative reviews for the game.

On Steam, DayZ’s recent rating is “mostly negative,” with 28 percent of 1,825 reviews giving it a thumbs up over the last 30 days. This has brought the game’s overall review score down to 67 percent, which Steam considers “mixed.”

At the same time as more and more DayZ fans turn against the game and Bohemia, PlayerUnknown’s Battlegrounds and H1Z1: King of the Kill have launched a new wave of megapopular Early Access games. In these games, you play as a survivor who must collect weapons and other items to ensure you’re the last person standing as the safe play area gets smaller and smaller. Like DayZ, these games are spinoffs of Arma, but unlike Bohemia’s zombie game, King of the Kill and Battlegrounds have tens of thousands of daily active players. That’s not to mention games like Ark: Survival Evolved, Rust, and others that do a lot of what DayZ does, but better. And so even if DayZ does improve, it will likely have a difficult time ripping attention away from the latest competition.