Drumroll, please. The new inductees for the World Video Game Hall of Fame have been announced, and the winners are Donkey Kong, Halo: Combat Evolved, Pokémon Red and Green, and Street Fighter II.

The Strong National Museum of Play announced the inductees for 2017 at a ceremony in Rochester, N.Y., today in recognition of games that have a huge impact on gamers and world culture. It is the third time the museum has selected gaming’s icons for its World Video Game Hall of Fame, and I was privileged to be one of the voters.

Released in 1981, Donkey Kong helped to launch the career of legendary game designer Shigeru Miyamoto and became Nintendo’s most profitable game to that point, selling an estimated 132,000 arcade cabinets. Donkey Kong also introduced the world to the plucky plumber Mario—who became the star of numerous other games and one of the most recognizable video game characters in the world.

“Without Donkey Kong there would be no Super Mario Bros., a member of the inaugural class of the World Video Game Hall of Fame,” says Jon-Paul Dyson, director of The Strong’s International Center for the History of Electronic Games. “But Donkey Kong is also about much more than one character. Its overarching narrative of love and its vibrant graphics brought the game to life in a way that few other games could in the early 1980s. It captured the hearts of a generation.”

And when Microsoft released its Xbox system in 2001, more than 50 percent of the consoles sold with the launch game Halo: Combat Evolved. The science-fiction, first-person shooter games combined an intricate storyline, memorable characters like Master Chief, and a dynamic multi-player experience. The game sold more than six million copies and inspired a number of sequels and spin-offs, as well as novels, comic books, and action figures.

The Strong’s Associate Curator Shannon Symonds, said in a statement, “Until Halo’s launch, the most successful shooters required a personal computer and the precision offered by a high-quality mouse. Halo proved a console could be just as effective, if not better, than a PC. It also boasted one of the strongest multiplayer experiences of its time and created a legion of hardcore fans that refer to themselves as the ‘Halo Nation.’” 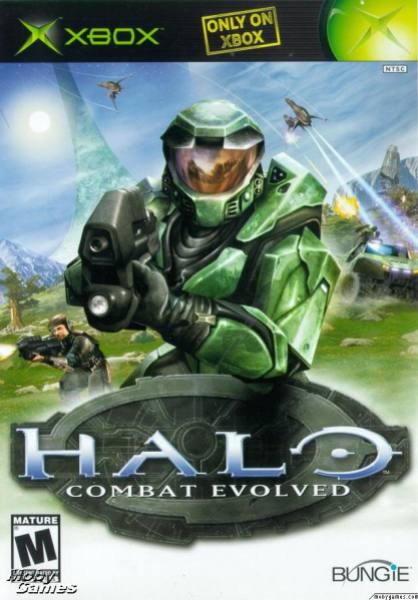 Pokémon Red and Green created a multinational cultural phenomenon when it was released on the Nintendo Game Boy in 1996 as Pocket Monsters Aka (Red) and Midori (Green). The game challenged players to collect 151 unique monsters, and Nintendo coined the ubiquitous catch-phrase, “Gotta catch ‘em all!” As of 2014, the Pokémon franchise has encompassed more than 260 million copies of its games, 21.5 billion trading cards, and numerous spinoffs including more than 800 television episodes and 17 movies. Says Symonds, “Pokémon Red and Green launched a franchise that has taken the world by storm, vaulting many of its characters, such as Pikachu, into popular, mainstream culture. Nearly two decades after its inception and with the introduction of Pokemon Go, ‘Poké-mania’ shows little sign of fading.”

And here’s what the museum said about Street Fighter II: Released by Capcom in 1991, Street Fighter II: The World Warrior helped to spark an arcade renaissance in the 1990s. The game inspired numerous sequels and an entire genre of one-on-one fighting games. Capcom sold more than 60,000 original cabinets and a staggering 140,000 cabinets and game conversion kits of the company’s “Champion Edition,” making it one of the top-selling arcade games ever.

“Street Fighter II allowed for head-to- head battles between human opponents, instantly attracting spectators and generating fierce tournament play in arcades across the world,” says Jeremy Saucier, assistant director of The Strong’s International Center for the History of Electronic Games. “This communal style of game play reinvigorated the arcade industry in the 1990s and helped give birth to a generation of fighting games.”

The World Video Game Hall of Fame at The Strong was established in 2015 to recognize individual electronic games of all types—arcade, console, computer, handheld, and mobile—that have enjoyed popularity over a sustained period and have exerted influence on the video game industry or on popular culture and society in general. Inductees were announced at The Strong museum in Rochester, New York, on May 4, 2017 and are on permanent view on the museum’s second floor. Anyone may nominate a game to the World Video Game Hall of Fame. Final selections are made on the advice of journalists, scholars, and other individuals familiar with the history of video games and their role in society.

I voted for Halo, Portal, Pokémon Red and Green, Wii Sports, and Donkey Kong. Three out of five isn’t bad, and I figure my other votes will eventually make it into the pantheon.

In my opinion, Halo proved that it was possible to make a first-person shooter game on the consoles, and it combined all the elements that make for a great game. It had beautiful music, compelling characters, a gripping story, awesome 3D grapihcs, and great sound.

I also thought that Pokemon Red and Green spawned a whole generation of memories for kids and adults alike. It had simple yet addictive gameplay. And Donkey Kong was a simple game that was difficult to master. It rewarded absolute attention to the joystick, and it spawned arcade heroes like Steve Wiebe.

Of course, I wasn’t so lucky with my choice for Portal, which gave us memorable characters and a sense of humor that is so rare in video games. It had clever puzzles, and a funny ending. And I felt that Wii Sports deserved a spot because it widened the game market, bringing in everyone from toddlers to grandparents into the Wii generation.