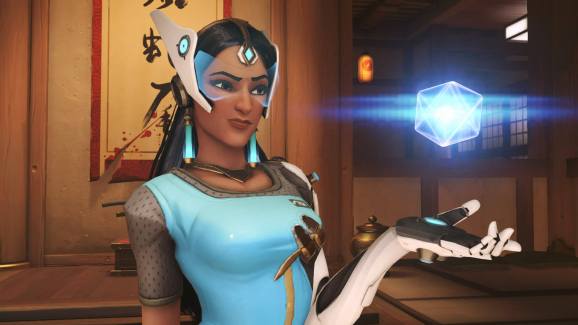 Starcraft, Warcraft, and Diablo are all massive names in the world of gaming, but Blizzard’s latest release is potentially its biggest one yet.

Overwatch is the eighth Activision Blizzard game to generate $1 billion in revenue, according to the publisher’s fiscal Q1 2017 financial statement. And the company says it is the fastest-growing franchise ever from developer Blizzard. It now has 30 million registered players, and a significant number of those play on an active monthly basis. Overwatch’s success has also contributed to 80 percent of Activision Blizzard’s revenues coming from digital channels. That’s $1.386 billion of the publisher’s $1.726 billion total net revenues last quarter.

In a statement, Activision Blizzard chief executive officer Bobby Kotick specifically credited Overwatch as one of the primary contributors to the company’s strong results. The company’s in-game content sales jumped 25 percent year-over-year, and that is largely due to people spending money on loot boxes for Overwatch.

Kotick also pointed out that the shooter is one of the main reasons that so many people have joined Blizzard’s gaming network. The developer has even begun using Overwatch as a way to get players into some of its other games like Heroes of the Storm with events that tie into both games.

“Blizzard had the biggest Q1 online player community in its history with MAUsA of 41 million, up 58 percent year‐over‐year,” reads Activision Blizzard’s financial report. “Blizzard had record first‐quarter time spent [per player], up a double‐digit percentage year‐over‐year.”

The company also pointed out that seasonal events like the Year of the Rooster one to celebrate the lunar new year in January and the more recent one in April that looked into the Uprising event from the game’s lore are important for keeping players engaged. Expect more of that kind of content from Blizzard and Overwatch in the future.