Zynga reported one of its strongest revenue quarters in years as it hit $207 million in bookings, up 14 percent form a year ago. The drivers were growth in mobile games, improved live operations for existing games, and better operating expense efficiency.

GAAP revenue for the quarter was $194.3 million, above guidance and about 4 percent up from a year ago. GAAP net loss was $9.5 million, or 1 cent a share, compared to a loss of $35.4 million, or 4 cents a share, a year ago. But analysts measure Zynga based on its bookings and adjusted earnings before income tax, depreciation, and amortization (EBITDA, a measure of profitability). Zynga’s stock price is at $3 a share, up 5.6 percent in after-hours trading.

“We are having fun,” Gibeau said. “Zynga has been in the dog house for a while. But the Q1 beat and mobile momentum is very positive. These are the best results we’ve seen in years. We’ve had our highest mobile growth, and refocused efforts around mobile live services. It is really paying off.” 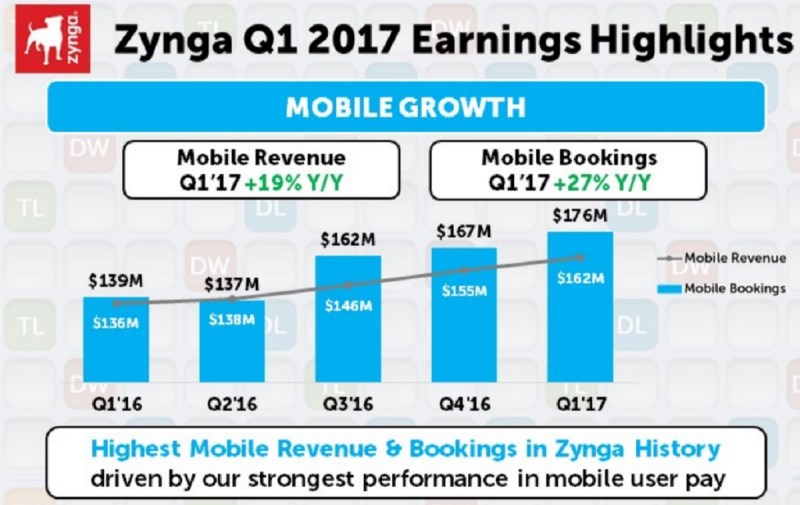 But, as the audience for Zynga’s games on Facebook on the desktop continues to decline, this still puts a drag on earnings. In the first few years before Zynga’s 2011 initial public offering, desktop growth was huge. But now it is only about 15 percent of Zynga’s business.

“We are closer to the end game on that,” Gibeau said. “It is something we had to manage our way through. In any turnaround, there are legacy titles. We are going to transition quickly from ‘fix it’ to growth.”

Zynga Poker saw continued to show strong results, hitting its highest quarterly mobile performance in 10 years. Mobile revenue was up 63 percent from a year ago, mobile bookings were up 76 percent, and mobile audience was up 78 percent. That’s not bad for a 10-year-old game, and it’s an example of bringing users back into a game and getting them to spend through events such as tournaments. Overall, social casino games are a hot $3 billion market with a lot of competition, but Zynga is investing heavily in it. Sequentially, social slots saw an improvement in average daily bookings per average DAU thanks to games like Wizard of Oz Slots. 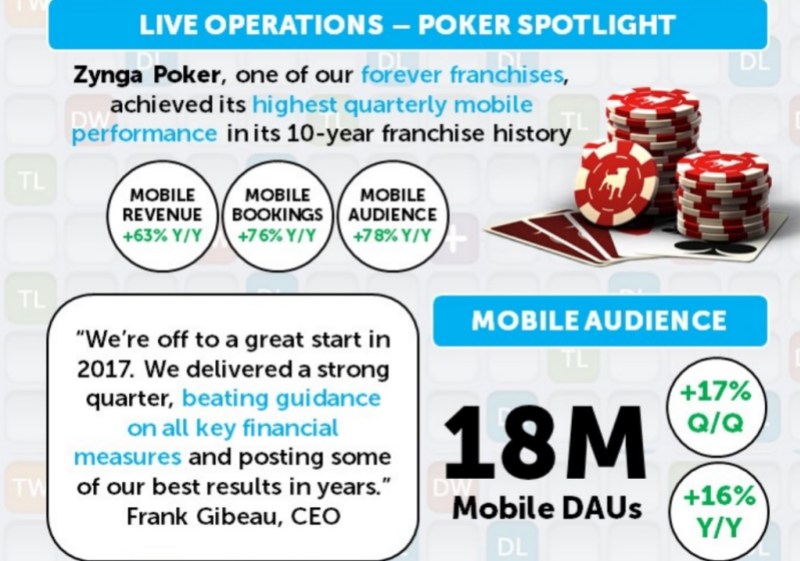 Above: Zynga Poke did well in Q1.

“This is pro ball, and you have to be able to compete,” he said. “Zynga has built a strong position in it.”

Mobile in-app bookings were also a record, up 40 percent form a year ago. Payer conversion rates are also improving.

But the jury is still out on one of Zynga’s high-end mobile strategy games, Dawn of Titans, which was made by the company’s Natural Motion division and had high expectations. That game isn’t doing as well as many original expected, but Gibeau said he was encouraged at the transition from launch last fall and the new emphasis on live operations for the game. The focus is on improving the “elder game,” player-versus-player, retention, and making Titans more important to gameplay.

Gibeau said that CSR Racing 2 is going great. It had a great holiday season and that momentum continued in Q1. The company had an integration with the new Fast & Furious movie, and it now includes automotive brands like Porsche, McLaren, and Lamborghini.

Meanwhile, Zynga has 1,620 employees, down 61 from the previous quarter, and down significantly from a peak of 3,500 around five years ago. Gibeau said that non-GAAP operating expenses were 58 percent of bookings, down from 68 percent of bookings a year ago. That means that Zynga is getting more efficient at making and operating its games. 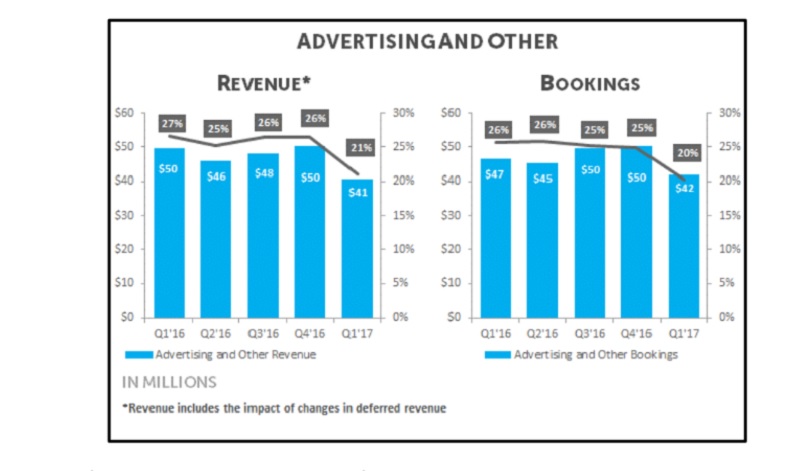 In Q1, the company said it had revenues from Solitaire, which offset softness in advertising. As for the difference between GAAP net income and adjusted EBITDA, Gibeau attributed that to stock-based compensation, which was more aggressive in early years. Zynga is reining that in, Gibeau said.

As for the future, Gibeau said he was very excited about the future of iMessage and Facebook Messenger games, which are based on HTML5 and can be played instantly in a user’s message feed. The user doesn’t have to download a game, and can respond immediately to an invitation to play. Gibeau sees this as a major new platform, albeit one that isn’t monetizing at the moment.

“Platform transitions are your friend in the game business,” Gibeau said. “Job one is building a big audience. These games can be tremendous organic customer opportunities. You are talking about a billion users on the platform. That’s a true mass market. It’s early days, but we like the opportunity to innovate.”

In the previous fourth fiscal quarter ended December 31, 2016, Zynga reported bookings of $201.5 million, up 11 percent from a year earlier, and adjusted EBITDA of $10.6 million.